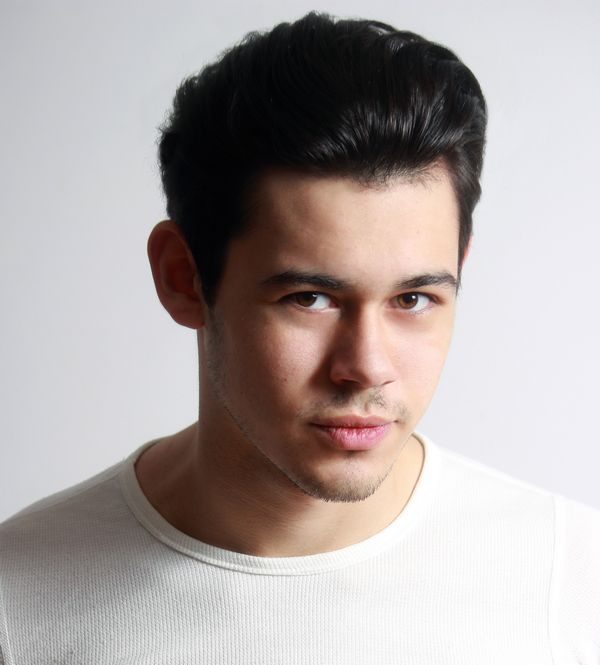 We caught up with actor Peter Bundic who recently portrayed Carl Tapper in Netflix’s supernatural series Chilling Adventures of Sabrina (2018-2020), and Steve in the black comedy horror film Spontaneous (2020). Peter tells us about working on these projects, how he got into acting, and what he has currently been working on. Check it all out below!

What can you tell us about your time working on Chilling Adventures of Sabrina?

Peter Bundic (PB): Always a blast. Everyone on the show (cast and crew) were such a fun group of people. We’d hangout between shoot days, find cool games to play while on set and sometimes get graced with a musical performance by the incredibly talented cast. Every day was different yet just as exciting, all fond memories of being a part of the show.

PB: My sister actually decided she wanted to try acting about thirteen years ago and brought me with her to our first acting class. I ended up having so much fun breaking out of my own shell and trying new things, then met my agent recently after and have been acting ever since.

PB: My first acting role was in a Nissan Versa car commercial when I was about 8 or 9. It was my first experience on set seeing how many people are involved in making a production come to life which I remember blowing my mind at the time.

PB: Beyond the actual acting side of things, I’m most grateful for all the interesting creatives I’ve met over working on various projects and the friendships we’ve built on and off set. I’ve met some of my best friends through this industry and I wouldn’t change that for the world.

PB: I enjoy acting because I get to be myself and step into the role of another person’s shoes. The best advice I could give would be to trust your instincts and if you really love the craft, just continue to absorb as much as you can – and don’t forget to have fun along the way. It’s always a crazy journey.

PB: Some of the best advice I’ve been given has actually come from my close friends in the industry and some acting coaches whom I’ve worked with for quite a while. At the end of the day, aside from technical aspects of acting, we’re all people and face some of the same problems as people in many different professions facing challenges. The most impactful advice I’ve received has been to believe in yourself no matter what and trust that things will work out since you know you’re putting your heart into it.

PB: Spontaneous was also such a good time to work on; the director/writer Brian Duffield was constantly working with us as actors and writing in a few extra scenes to shoot, on the go, during the filming process which was amazing to be a part of. It was definitely a quicker shoot than working on a series, like Chilling Adventures of Sabrina, but just as much fun and amazing to look back on.

PB: I love cars, I used to work part time at an automotive repair shop changing brakes and doing oil services and what not. I’ve always liked working with my hands since I was young, so cars and bikes are definitely a little hobby of mine.

Can you tell us about some upcoming projects you’re working on?

PB: I’ve just finished acting/casting in “Cupid”, an indie short which is a story of a group of friends spending Valentines together before things start to go horribly wrong. It’s a Valentine’s day flick, but also a thriller, about how far one will go for love.