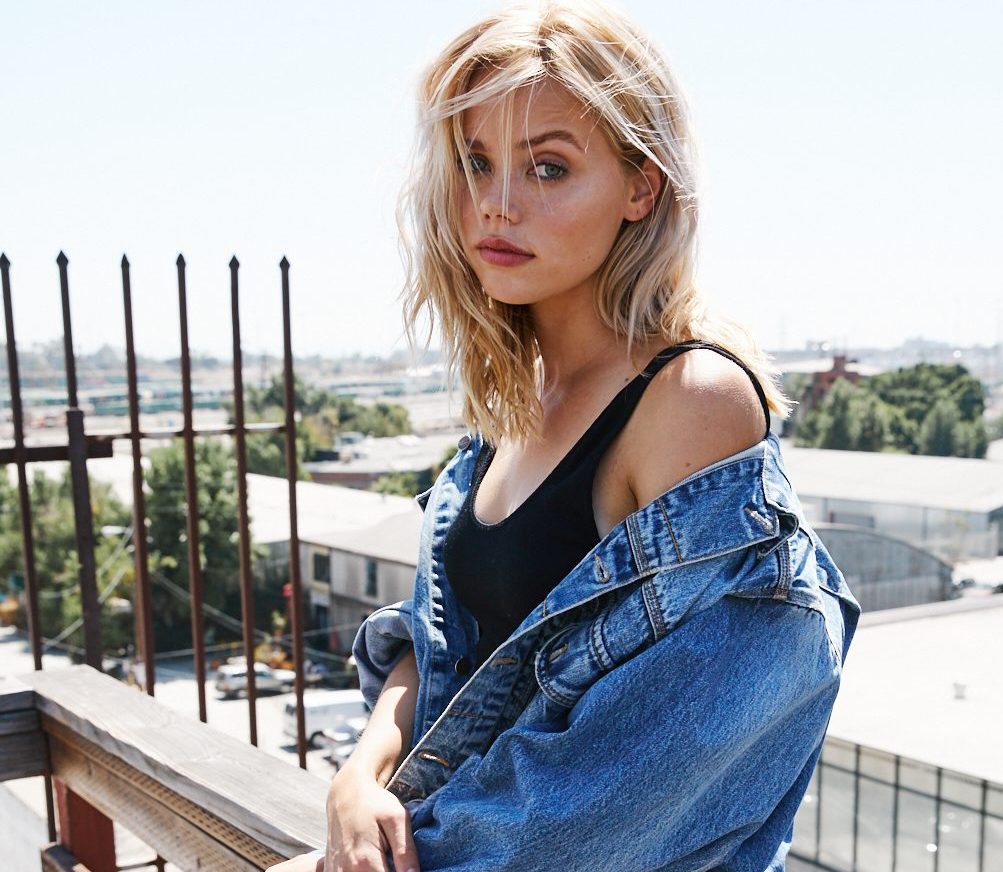 Image credit: Diana King
Over the past few years, Annalisa Cochrane has taken teen-drama audiences by storm. Starring in the hit television shows Heathers, One of Us Is Lying, and most recently, Cobra Kai, the 25-year-old actor is surely becoming a household name.

Recently, Popternative sat down to chat with Cochrane about all of her latest projects, stalking fan forums on Reddit, and watching her character Yasmine grow through the seasons of Cobra Kai.

The actor commented on the back-to-back hype she’s experienced over the last year from her work on the major streaming platforms Netflix and Peacock. “Maybe it’s my personality, but I don’t think I’ll ever get used to it,” Cochrane expressed. She went on to say that while she’s appreciative of her minor role in Cobra Kai, One Of Us Is Lying felt like “her project.”

She shared, “One Of Us Is Lying felt like my project —with my co stars — and I’ve been part of it since the inception. We did a reaction trailer to all of us getting to watch our own trailer. You can find it on YouTube.”

The young actor, who has been on the small screen since 2014, reflected on how viewers reacted to the video. She recalled, “I remember so many people being like, there’s no way this is real. This is all fake.” However, Cochrane— who plays popular girl Addy in the series— says the video is entirely genuine. “It’s just genuine excitement that, finally, after working for so many years, you get to see your hard work on screen. And it’s so quick. You know, it’s so much of my life. And all of a sudden it was done in 30 seconds.”

Cobra Kai is the epitome of an underdog’s uprising, first getting its start on YouTube premium. Its move to Netflix signified a larger, global reach and more profitable business model. Commenting on this change, the Yasmine actor told us, “the original YouTube pilot got 53 million views on it or something. And so many articles about it that were so positive, but it was like no one, for those three years had heard about it — seemingly in my world, day-to-day, no one had heard about it.”

She went on to comment on the growth of the show’s popularity, attributing it to the “power of Netflix”. Cochrane said, “I think [it] also speaks to the power of Netflix. They’re the giants of the industry.” This growth also comes with an increase of fan theories and speculation which Cochrane enjoys following. She shared, “I do go on Reddit occasionally to read all these theories and I just want to post from my reddit username but I’m just too afraid.”

Cobra Kai Season 4, which dropped December 31, 2021 on Netflix, signified the return of Cochrane’s character “Yas Queen” Yasmine. While she’s a minor character in the series, fans do seem to love her. Cochrane opened up about her involvement with the trending series and being able to watch her character grow over time. She said, “I feel like I always say this, but I feel so lucky, right? Even during season one, if it had just been left at that, I’d feel so honored to be part of the show — but that’s not real to human beings. We all change, it is the only constant.”

She continued, “So, we are all changing every single day, every single experience. I think with Yasmin, she had to change to adapt to this new world. And it was such an honor that the writers let viewers see it. You don’t come back from that wedgie in season one and not be changed in some sort of way.”

Teasing her character’s latest development, Cochrane said, “And then more and more like in season three, seeing her kind of softening and kind of realizing anything. She’s still quite calculating.”

Watch our full interview with Annalisa Cochrane below.