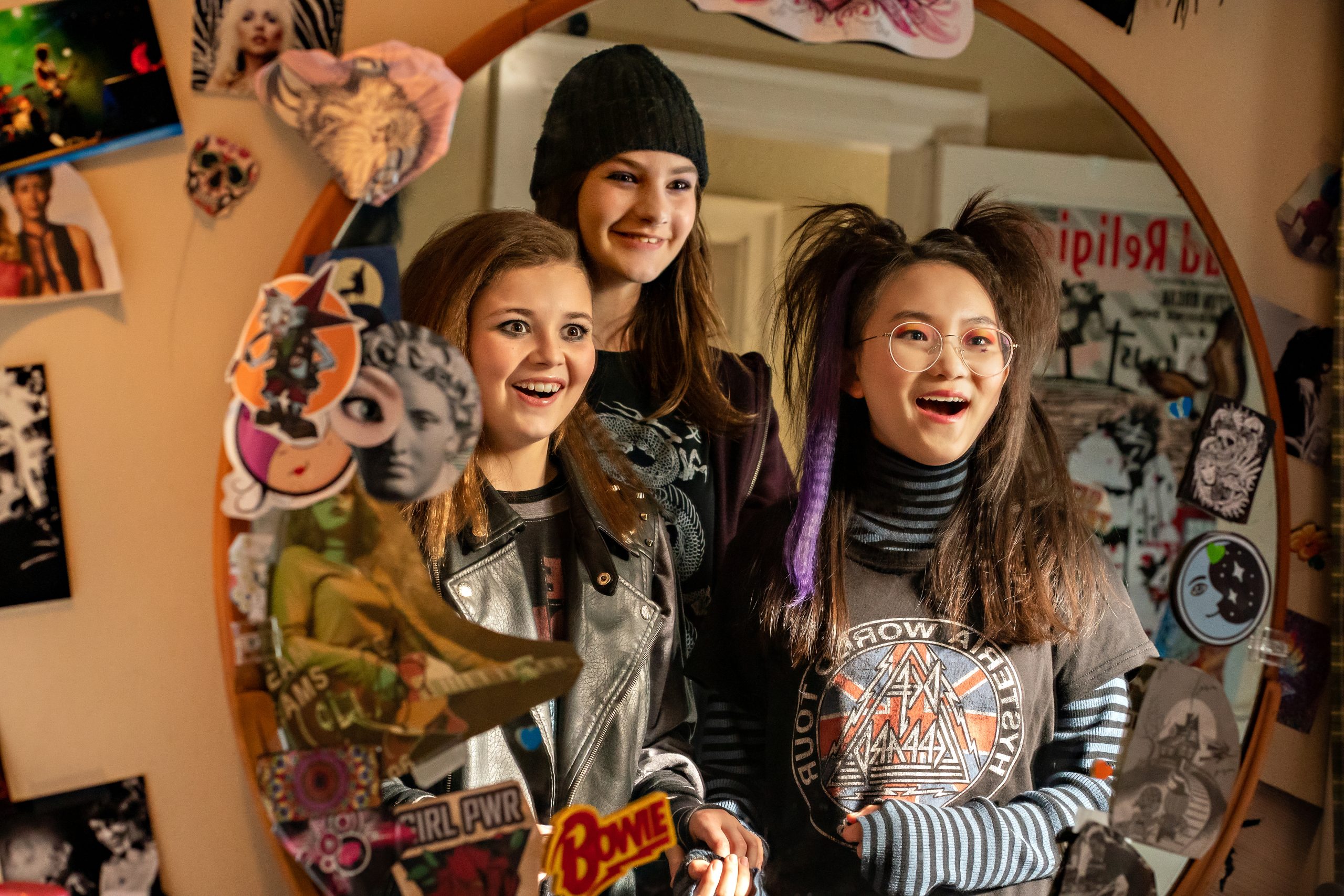 We recently caught up with Audrey Hsieh who plays Ellen in the upcoming comedy/family film, Mixtape, which will drop on Netflix December 3rd.
Image credit: Jake Giles Netter/Netflix

Mixtape Logline
As the world approaches Y2K, a quirky 12-year-old sets out on a journey to find songs on a mixtape crafted by her late parents. Along the way, she builds new friendships, opens up to her grandmother, and finds her own identity.

We asked Audrey about her charatcer in Mixtape, what she hopes people get out of watching it, her interests outside of acting, and lots more. Check it out below!

When did you decide that acting was something you wanted to do?

Audrey Hsieh (AH): I think acting was something I always wanted to do! I just started doing it for fun, and it just so happened to become my job!

AH: I love to draw, write, play video games, and I really like learning about psychology! At one point, I really wanted to become an animator. Now, I’m pursuing acting as a career alongside psychology.

AH: It was great! Everyone was so amazingly nice and genuine; it was so much fun to work with them! There are no words for how much of a magical experience it was to work on this movie.

What can you tell us about Mixtape and your character in the film?

AH: The film is about a 12 year old orphan named Beverly Moody (Gemma Allen) who lives with her grandmother (Julie Bowen). Beverly finds a mixtape left behind by her deceased parents, and decides that she wants to hunt down the songs! I play Ellen, one of her friends she makes, and Ellen is a very cool character. She has a great sense of fashion and just overall wants everyone to have a good time! The other friend Beverly makes is Nicky (Olga Petsa), and the three of us create our merry band of rockstars.

When people watch Mixtape on Netflix, what are you hoping they get out of it?

AH: I hope they feel happy and inspired while watching it! It really is such a sweet and heart-warming film. I hope people love it. In my opinion, it’s also pretty funny, so I hope they get some laughter out of it too!

What’s been the best advice someone has given you about acting?

AH: Don’t lose yourself to your work. Acting definitely can become very busy and demanding at times, but don’t let that change who you are. You do your best work when you’re yourself!

Watch the trailer for Mixtape here