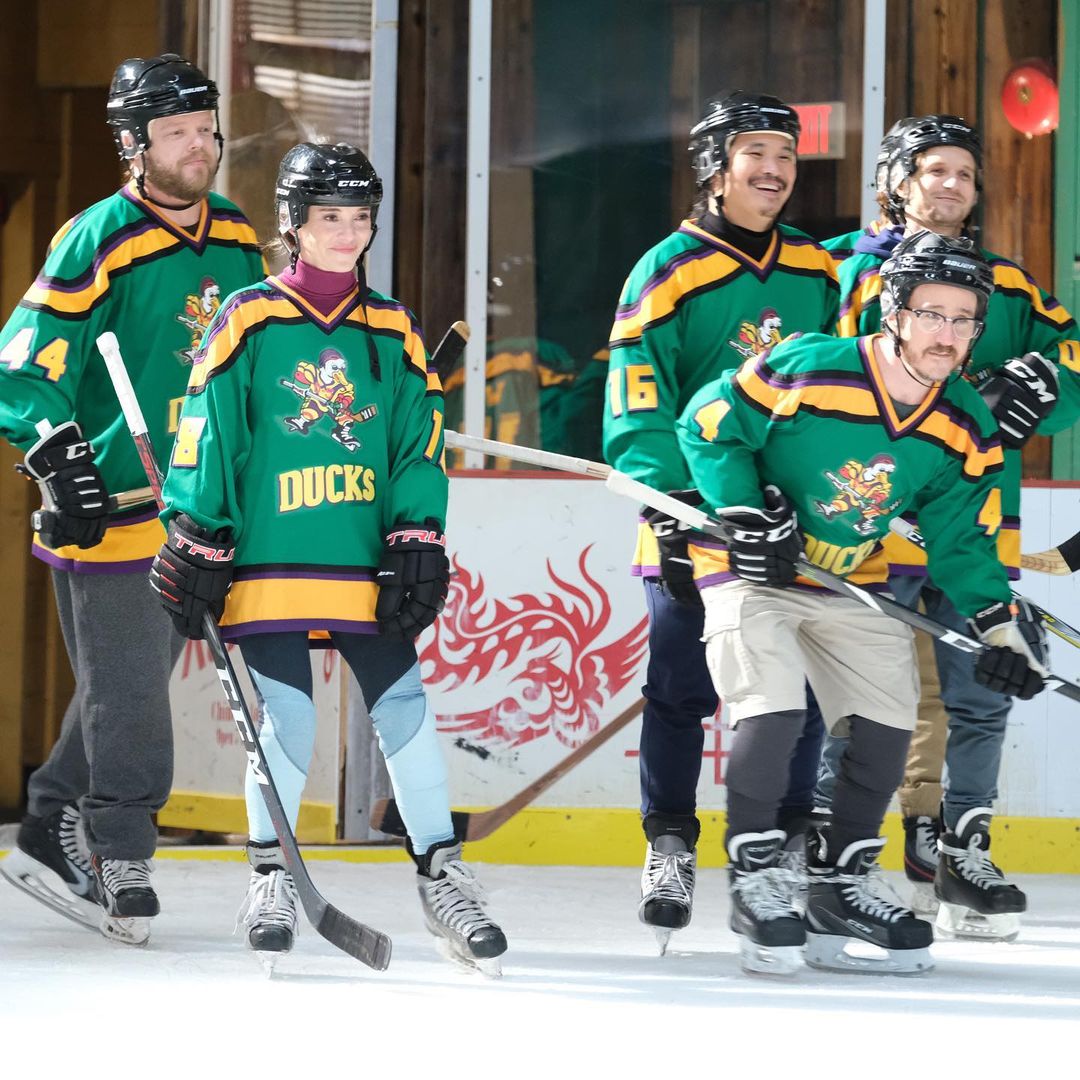 Image credit: margueritemoreau/@Instagram
To celebrate the release of Disney’s new series The Mighty Ducks: Game Changers, here at Popternative we’ve done a series of interviews with members from the cast. The Mighty Ducks franchise has been a staple in the childhoods of millennials, so it’s awesome to see a cult classic reintroduced to a new generation.

A reboot of The Mighty Ducks franchise wouldn’t be as mighty without the cast members from the original trilogy. Seeing Marguerite Moreau reprise her role as Connie 25 years later adds an element of nostalgia and continuity to the show. For Marguerite, returning on set took her on a trip down memory lane, “We were sitting with our skates and sticks and I can’t remember what age I am supposed to be playing because the minute I put on the whole uniform, I was just like Connie again.”

When it was time for her to meet the new Ducks, she admitted she was nervous at first, but then told them “you’re going to have life long friendships” and added “I went immediately into mom-mode and wanted to protect their whole experience for them.” One of the most incredible things to come out of The Mighty Ducks movies was the inception of a professional hockey team with the same name. It was a surreal moment for her when Disney announced that The Mighty Ducks would be an NHL hockey team in California, “My home team was going to be about the movie I was in and I was like what kind of world was I living in?”

Besides The Mighty Ducks, Marguerite Moreau over the years has had the opportunity to be a part of some great projects such as Wet Hot American Summer, Shameless, Boy Meets World, The O.C. and more. In her interview with Popternative, she revealed “I want to do as many things as possible. I still have a list: musical, western, sci-fi. I’m ready to go.” Her resume has already shown that she can act in a wide range of genres, so it wouldn’t be a surprise to see her accomplish the goals she has set out on her list.

You can watch the full interview below! Be sure to also check out our interviews with other The Mighty Ducks: Game Changers cast here.