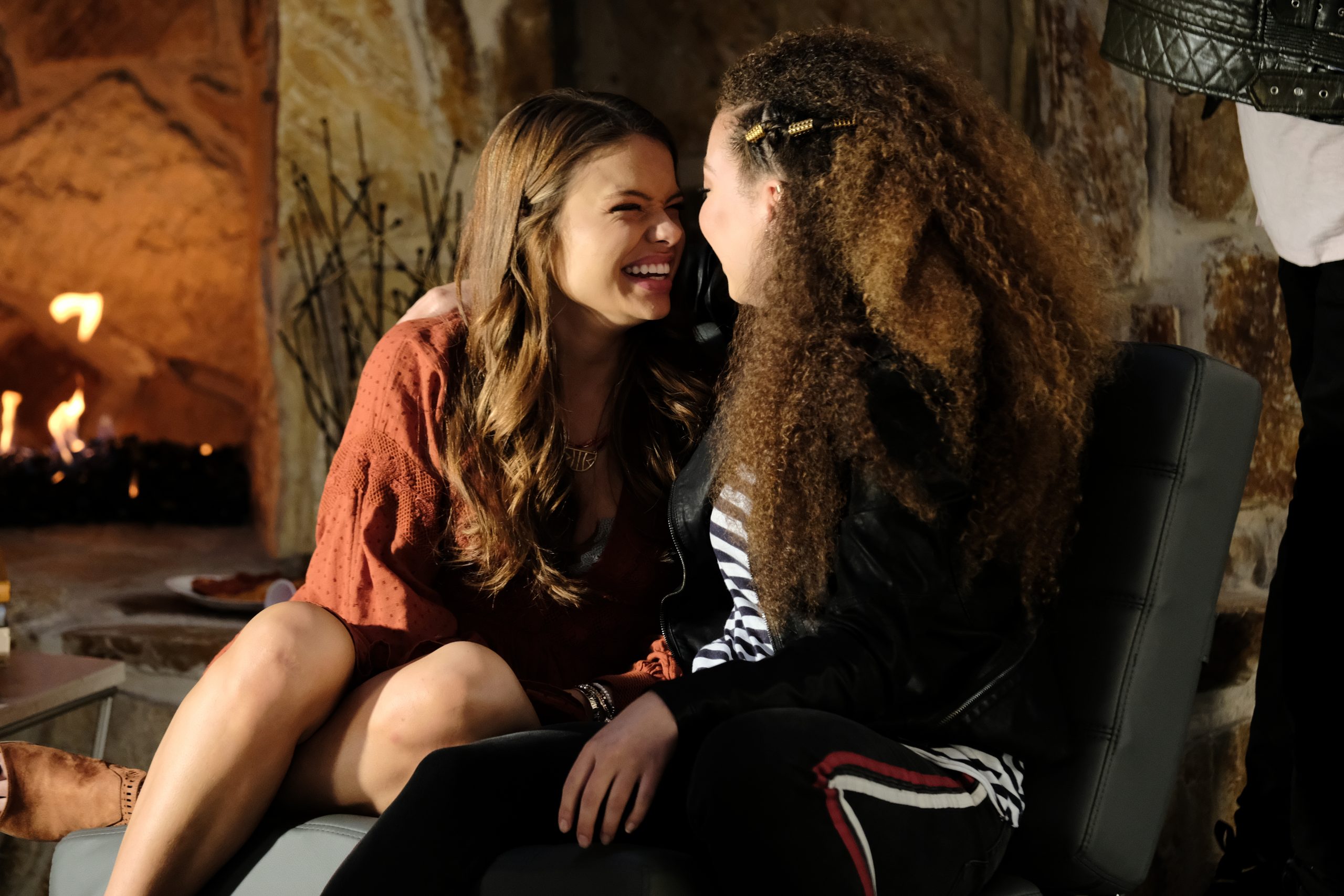 Image credit: Netflix
After writing many Cobra Kai articles, I’m still not tired of talking about it! It’s always cool to hear about the fighters’ perspective, but it’s also important to shift our attention towards the more peaceful and kind characters in the Cobra Kai universe, including Hannah Kepple.

With so much conflict and animosity between rivaling dojos, it is essential to have neutral characters to juxtapose with the violence that occurs in the show. That is why Moon’s character (played by actress Hannah Kepple) has such a refreshing outlook on life that is much needed in the show at times. Of course with a hippy name like “Moon”, all she wants is for peace and everybody to get along.

Being a kind and caring person is not only a role she plays in the show, but in real life as well. In our interview with actress Hannah Kepple (below), she emphasizes the importance of using her platform to bring awareness towards certain social issues. She talks about using her platform to spread positivity and explains “I think it’s very important to talk about things you’re passionate about, especially injustices like racism.” Although she does want to separate the character from the actress, the parallels between Hannah Kepple and Moon are evident.

We also discussed what season 4 may potentially have in store for Moon’s character. As viewers saw Kyler (played by actor Joe Seo) join Cobra Kai, many fans love to speculate who will pledge their allegiance to a dojo in the upcoming season.

Moon in a Dojo?

When asked about whether she would like see Moon join a dojo, Kepple says “Not everybody can do karate, but I totally trust our writers if they want to go in that direction” but she also added “I would love to see Moon join a dojo just for the sole selfish reason I could learn some martial arts.” I’m impressed by Hannah Kepple’s self-awareness because she does raise a valid point. If every character in the show joined a dojo, the significance and weight of being a fighter would diminish. There is also the argument that the show needs characters like Moon to show how the conflict between the dojos affect people on the outside.

You can watch the full interview below! Be sure to also check out our interviews with other Cobra Kai cast members here.