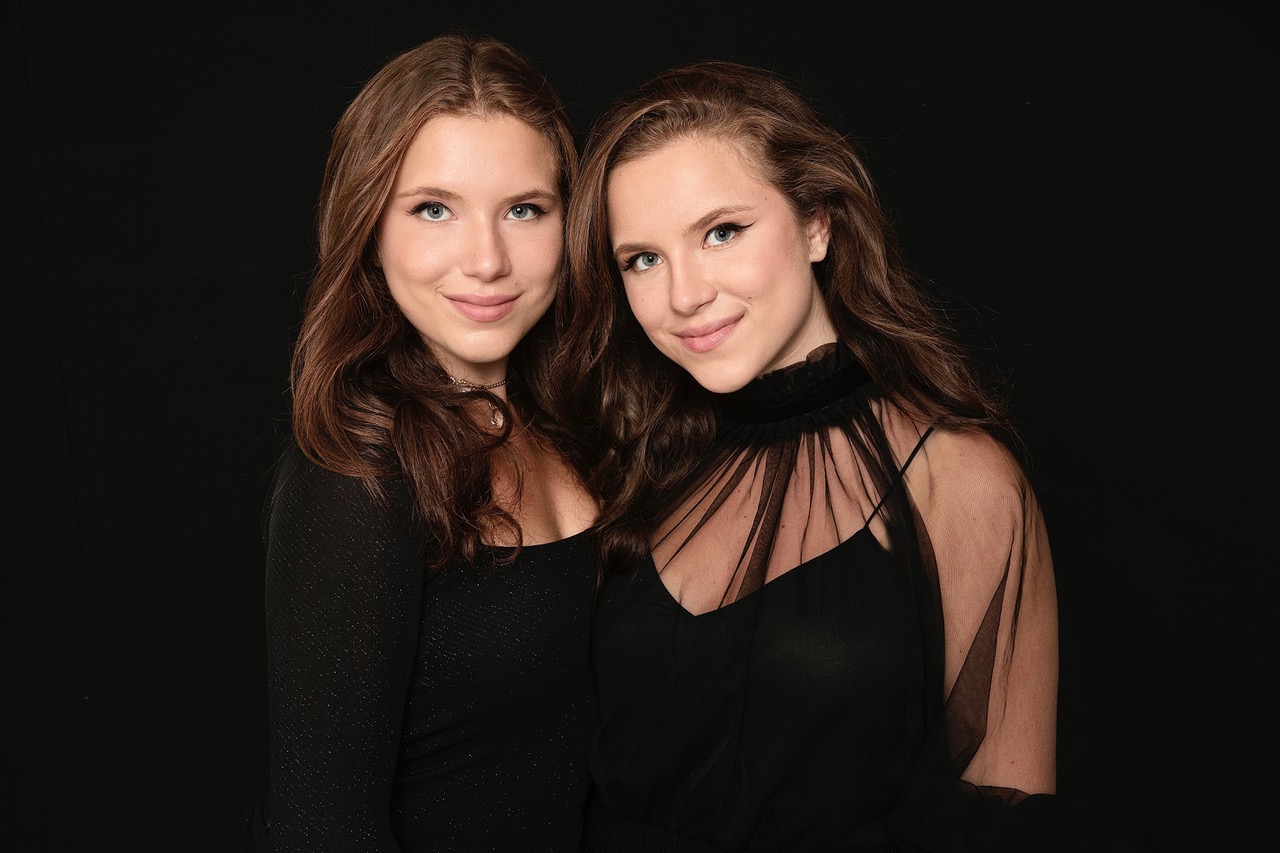 Image credit: Diana Ragland
We recently chatted with twin sisters Bianca and Chiara D’Ambrosio. They had their breakout role in 2008 as Summer Newman on CBS’s The Young and the Restless. We asked Bianca and Chiara about some of their recent projects and being storytellers. Here’s what they had to say!

Chiara: Over the past few years, I have started to grow a love for working not only in front of the camera but behind. One year for Christmas, I asked my parents for Final Draft, and that was the moment I knew that I wanted to be a storyteller. I have been writing my own projects and miniseries, that I hope one day get to be released into the world.

Chiara: I had such an amazing time working on this project! I got to work with some of my “The Bay” family on this movie and got to meet some incredible people along the way! One of my goals was to work on a Christmas movie with my sister, and that dream came true!

Bianca: So much fun! I grew up watching holiday movies with my mom every holiday season, so it was surreal to be a part of one! “The Magic” is unlike any other holiday movie I have seen, which made the experience of working on set even more special.

Do you have a specific genre you like working in over others?

Chiara: I don’t have a favorite genre I like working in over others, but I do have to say that filming a horror film is quite an experience! I have always wanted to know how a cast and crew don’t get scared while filming these projects and working on “Slapface” answered that question. I hope to write a horror film like “Scream” or “A Nightmare on Elm Street” in the future.

Bianca: Ooh, this is a great question! I love to work on projects in all different types of genres, but if I had to choose, I would choose a drama. There is something so gratifying when working on a dramatic project.

Chiara: My best piece of advice is to never give up. I know this seems generic, but I truly believe that living by this motto has kept me from giving up on my dreams. I think that staying determined and taking charge of your career is the best piece of advice anyone in this business can take to heart. As someone who has been in this business for 13 years and has had thoughts of stopping, I had to be reminded that pursuing a career in the entertainment industry is what I am most passionate about and to never let it go.

Bianca: The advice I would give to others pursuing acting, is to try not to focus on rejection! Rejection is an aspect of pursuing an acting career that is inevitable. Rejection is not fun but learning how to move on after being rejected will help you move forward towards achieving your goals.

Chiara: My first role was playing Young Summer Newman on the “Young and the Restless” when I was three years old. I don’t remember too much of filming this show, but my mom took many pictures, and I could see just how happy I was to be there. I will always thank this show for giving me a great start.

Bianca: When I was three years old, I played Summer Newman on “The Young and The Restless”. My first acting role has a sentimental place in my heart because that opportunity helped launch my career.

Chiara: There are so many answers to this question that I thought of at the top of my head. However, I think my favorite part about being in this business is getting to be someone completely different than yourself. It is so fun to research the character and see how you can put your own twist on this person.

Bianca: The opportunity to play a character that I never would be in real life. Playing the opposite of who you are as a person is an extremely fun challenge!

Bianca, what was it like working on Call Jane?

Bianca: Working on “Call Jane” was one of the most amazing experiences I have ever had! I had the opportunity to work alongside Elizabeth Banks, Sigourney Weaver, Kate Mara, and Chris Messina on this important women’s rights film. Everyone on set was so passionate about the message of the film, which made moments on set electric!

Chiara, what was it like working on the thriller Bandit?

Chiara: I got the chance to work on “Bandit” starring Josh Duhamel and Mel Gibson, which is based on a true story of a Canadian bank robber who successfully robbed more than 60 banks. I play Jill, Mel Gibson’s daughter, who is a girl who always says what she is thinking and wants to protect her family. Mel and Josh were incredible to work with, and I cannot wait for people to see this amazing film!