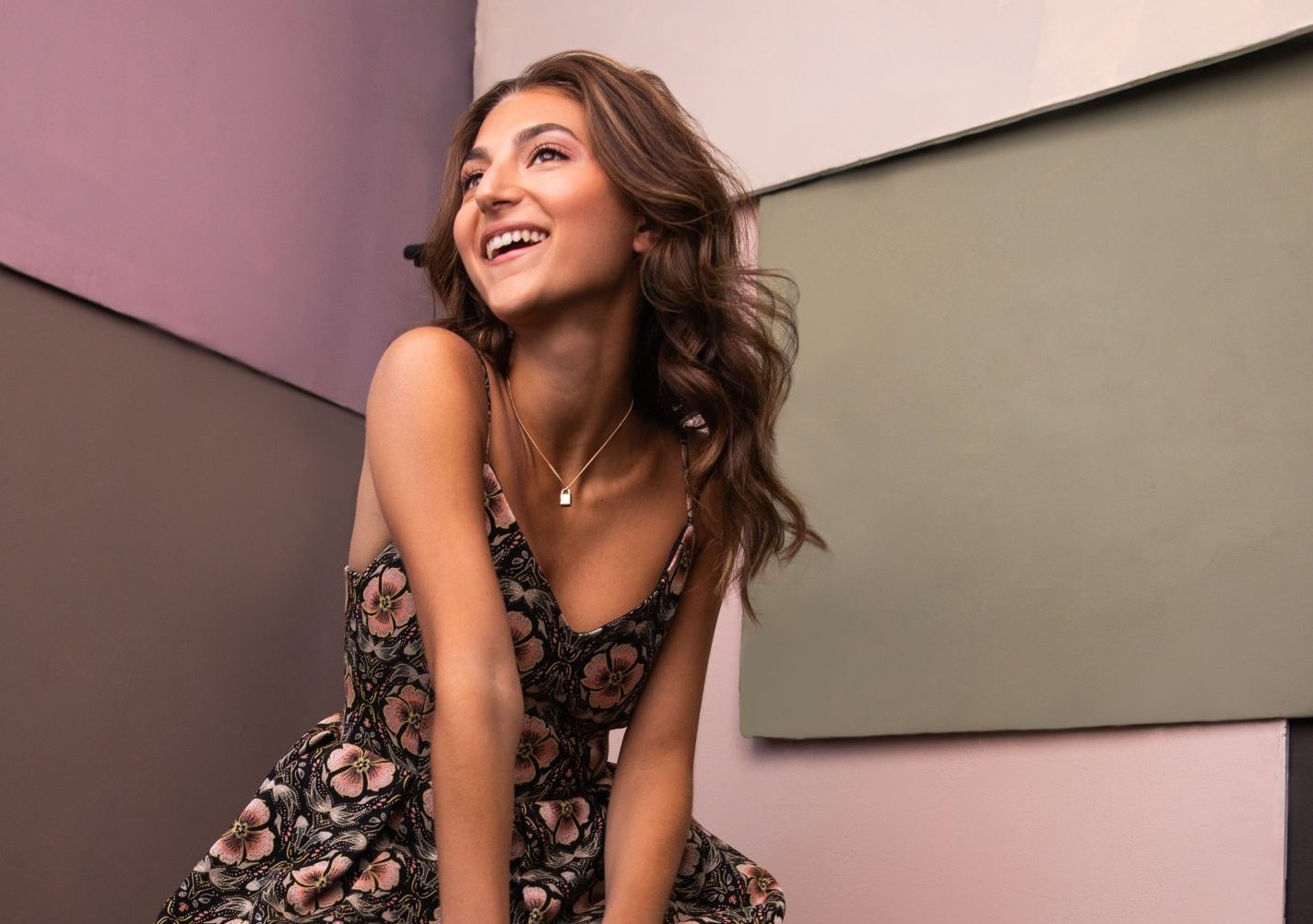 We chatted with performer Analise Scarpaci who currently stars in Broadway’s new musical comedy, Mrs. Doubtfire, as Lydia Hillard. Analise has also just released her new EP, Pathetic Little Dreamer, out now on all streaming platforms. We asked Analise Scarpaci about how she got involved with theater, being part of the Mrs. Doubtfire musical, and her new music. Check it out below!
Image credit: Matt Murphy Photography

When did you first fall in love with Broadway?

Analise Scarpaci (AS): I’ve always loved the theater. My parents are to thank for that. They would show me Shirley Temple movies when I was a baby and always had music on throughout the house. I’m pretty sure I was the only 2 year old whose favorite movie was Grease. I saw my first Broadway show when I was really little, Beauty and The Beast, and even though I was petrified of the beast and stayed downstairs in the lobby the whole time, I loved hearing the music.

AS: I was mainly a dancer first, specifically ballet. I had done musicals and loved musicals, but my heart was always set on being a dancer. It wasn’t until I saw the original cast of Billy Elliot that I completely fell in love with the theater. I had my epiphany moment and knew that I had to do what they were doing on stage.

What can you tell us about working on the Mrs. Doubtfire musical as Lydia?

AS: This whole entire process has been a dream come true. It’s been an extremely long road, as you could expect. I auditioned for the role on August 28, 2019, and now here we are in 2021, FINALLY opening the show (thanks covid). Getting to be a new part of the Mrs. Doubtfire legacy and a part of Lydia’s legacy has been so rewarding. This team, led by Jerry Zaks, Lorin Latarro, Wayne & Karey Kirkpatrick and John O’Farrell, has taught me so much about being a human and an artist and I am so forever grateful.

AS: I honestly think I came out of the womb singing. It’s just something I always did whether I was making up songs around the house just singing random words or singing songs from Annie, Grease or Chicago. Singing was just a part of my life that I always knew would be there. I truly can’t imagine doing anything else.

Why do you think musicals are so popular in your opinion?

AS: Musicals change lives. They certainly have changed mine. If it’s a feel-good comedy with heart like Something Rotten or Mrs. Doubtfire, a timeless classic like the Music Man or West Side Story, or a show that teaches lessons like no other, which is pretty much every Sondheim piece ever written. All of these musicals have different effects on people’s emotions. They teach lessons, tell stories, make you feel empathy and compassion. You walk into a musical feeling one way and leave another. It’s a shared experience between a bunch of strangers. There’s nothing like it.

How excited are you to release your new EP?

AS: Sondheim says it best, “excited and scared.” My music is something that was always private to me, and a few members of my family and some friends. And now people are able to stream it on all platforms like some of my biggest idols. It’s kind of a weird concept for me to grasp. I’m so excited because all of my hard work and everyone who helped make it possible get to have this really awesome project out in the world! But it’s scary because now all of my feelings are out in the world and people will have a sense of how I think and as cool as that is, there’s a little part of me that has a tiny Lizzie McGuire cartooned version of herself saying “RUN!!”

What can you tell us about the EP?

AS: This EP saved my life. During the pandemic I was completely in mourning of my life and all of the horrible things that happened throughout that time period. I had nothing but books and my guitar. Before the pandemic,  I hadn’t written a song since I was a senior in high school which is about a three year age gap of writer’s block. When I started writing, I had no intentions of releasing just because it was just a thing I did to pass the time. But throughout the pandemic it was something, maybe the only thing besides my family, that I actually cared about. Writing my own songs as well as reading books helped me to escape what was actually happening in the real world which we all know was…. A mess. “Pathetic Little Dreamer” saved me and I hope people enjoy it as much as I enjoyed writing it.