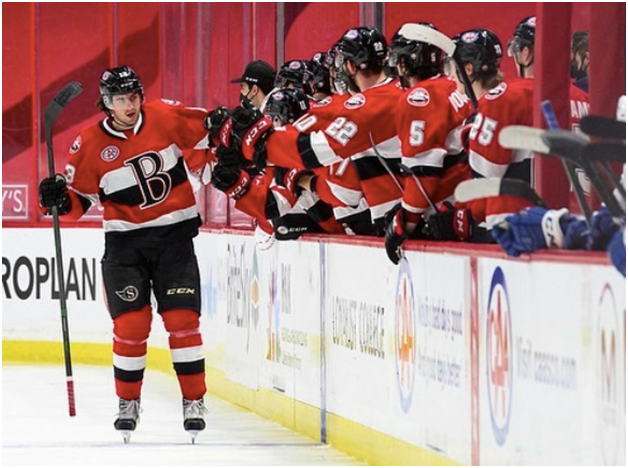 Russian ice hockey prospect Egor Sokolov returned to the Popternative show for a third time to talk about his most recent season. After being drafted in the 2020 NHL Entry Draft by the Ottawa Senators, fans have been enamored by his potential and what he brings to the team. We talk about his journey, on-ice success, and tons more.

Everywhere he’s been, Egor has earned a reputation as a goal scorer and now he has his eyes set on continuing that trend he says, “I went to a pro-league and proved myself I could score goals at that level and now my next goal is to prove myself at the NHL level.”

Although he’s widely known for his ability to score goals, off the ice he’s slowly starting to develop his own cult of personality after making several media appearances, “I’m the guy who’s involved in that kind of stuff and it’s keeping me busy with everything being closed.”