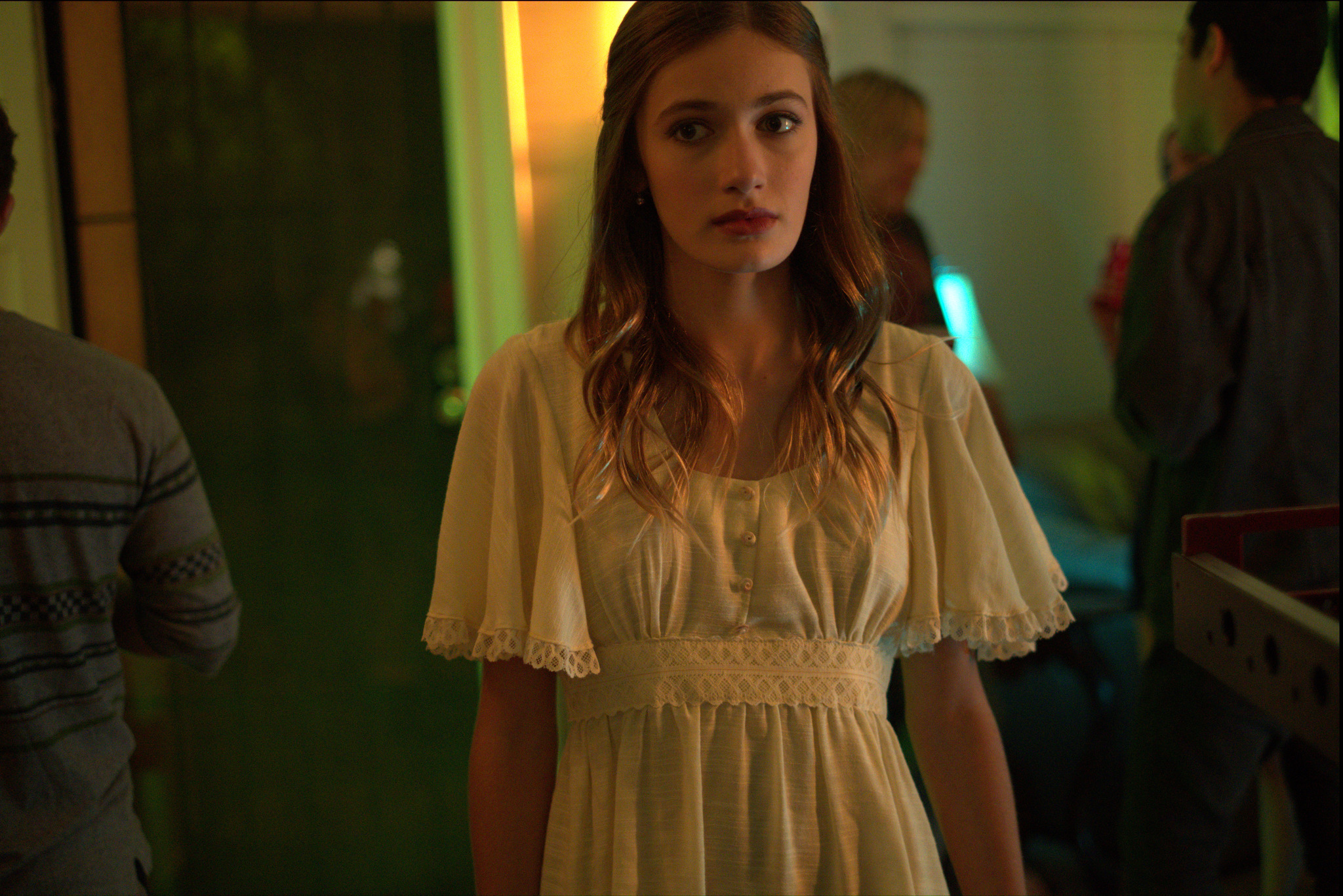 NEB: Every day on set was a little adventure. It was a joy to be surrounded by like-minded individuals and passionate performers. Although we all had our own methods of “getting into character,” working together was such a collaborative undertaking. We all grew close in the short time we filmed together. While I was only 14, everyone was supportive and reassuring; the more hands-on, emotionally physical scenes were talked through, blocked, and practiced several times before actually filming. When the time came, it become more like stunt choreography, so I felt comfortable throughout, as I knew when to expect something and by whom. I had a great support team behind me.

When people watch the film, what are you hoping they get out of it?

NEB: This film holds real-world relevance and highlights ideas that are prevalent in today’s society but are not spoken about nearly enough. Runt is an impactful story that focuses on the inequities to proper guidance, the neglect of adults, as well as the negative impact of high school bullying and the resulting violence. In addition to its timeliness, Empowering youth through positivity is paramount to The Cameron Boyce Foundation and was a cause close to Cameron’s heart. I hope this powerful film connects with moviegoers of all ages and is a reminder for kids to seek help and to find a mentor when faced with seemingly answerable questions.

NEB: I always knew I wanted to be a performer. My mother is a classically trained violinist who first inspired me to start playing an instrument; I’ve been playing piano for twelve years, and it has become a positive outlet and area for artistic expression. I booked my first lead role in the film All at Once, where I playeda young musical prodigy. Through this film, I merged my passions for acting and music, which opened doors for me as I was able to audition for much more demanding and mature roles.

NEB: Enroll and participate in as many lessons, classes, and extracurriculars that you can. Immerse yourself in the world of the arts and develop your creative and collaborative skills. It is also important to learn to bounce back from rejection and actually take criticism as a learning experience. There is still much to learn on my end, and I look forward to every learning experience that comes my way and for the opportunity to hone in my acting skills and widen the lens through which I see the world.

NEB: Prior to All at Once, I played smaller roles commensurate with my age and experience. Although relatively limited roles, these experiencesmotivated me to continue pursuing acting and music and to dedicate myself to improving my skills in any ways possible. I was very lucky that the director and writer of All at Once took me under their wings and helped me get ready for this much more challenging and demanding role. The film chronicles the plight of James Maxwell, an up-and-coming artist who accepts guardianship of his best friend’s children after the heinous attacks on the World Trade Center on 9/11. I played the role of his younger daughter, Grace, who eventually became a music student at a conservatory. I am grateful for their support and guidance, as this film opened many new doors for me.

NEB: It’s difficult to pinpoint just one aspect that I enjoy most, but I think actors have such a responsibility to uphold by bringing these different characters to life. A character is not just a stagnant figment on a page, but a fleshed-out, three-dimensional person that you, as the actor, must bring justice to. I am very attentive to subtext and what goes on beyond what the pages explicitly tell you; I love developing backstories for my character, marking the text beat-by-beat, and getting down to the nitty-gritty of what propels my character to do one thing versus the other. I am grateful for every opportunity to sharpen my creative toolkit and expand upon my ever-growing abilities.