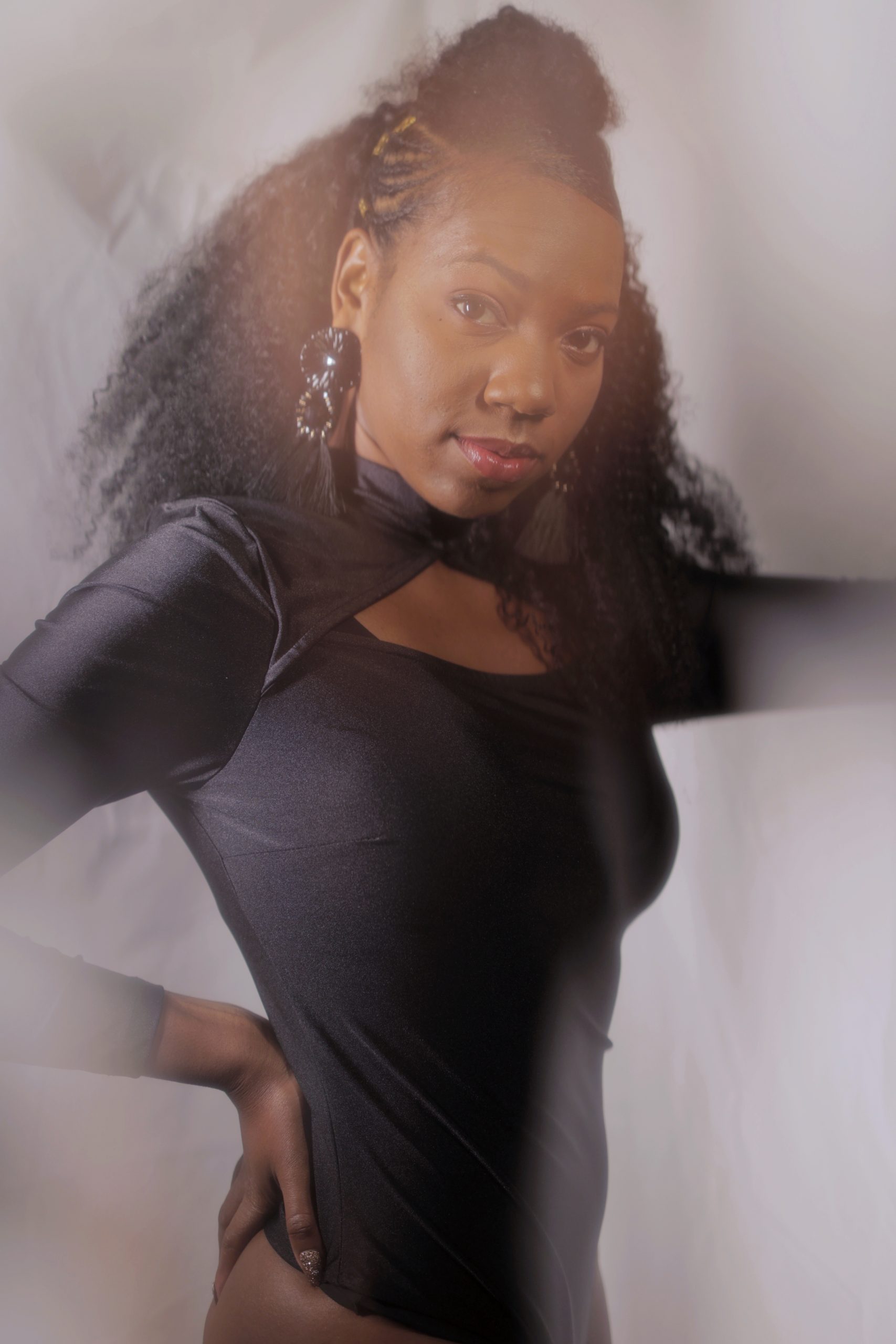 We had the pleasure of chatting with Hamilton actress, director and singer Meecah about her pandemic passion project, Retribution, a short film. Written, directed by and starring Meecah, Retribution will debut on September 15, 2021 in her hometown of West Palm Beach, Florida.

Retribution synopsis:
In 2004 West Palm Beach, young Jadè (Amani Geffrard) is only eight years old when her Bahamian father (Dondre Tuck) is murdered right before her eyes. Several years later a now grown and determined Jadè (Meecah) executes her plan to destroy the chain of command responsible for her father’s death, not knowing what unimaginable horror is waiting for her at the top.

Check out what Meecah had to say about her career and Retribution.

It’s something that found me. I don’t remember a specific day or moment that I decided to do, I just woke up one day and it was the thing I was doing.

Did you always know that you were going to be wearing many hats? (Singing/Acting/Directing)

Singing is the core of who I am so that was always in the plan. Directing came about due to lack of opportunity. It’s this Catch-22 thing where you can’t be famous until someone pays attention to you but nobody pays attention to you until you’re famous so I refused to let that be my trajectory and took a hold of the narrative. The bottom line is that I do what needs to be done in order for my dream to be fully realized. If that means I need to be a painter for the next project that’s what will be done.

What can you tell us about your project film Retribution?

It’s an action film that is completely outside of the box of how people may be used to seeing me. It features some of my best and longest friends and some incredibly talented individuals that I met for the first time. Din Thomas – our UFC fight choreographer – is an amazing person to work with, and this film highlights Bahamian culture which is always overlooked in the Caribbean, as well as an entire scene in Spanish. Everyone can see themselves in this film at some point and that’s what I love about it.

Do you have any goals that you’ve set for yourself in the next few years?

Whatever I’m doing, I know it will be great. I definitely want to be in more films, I want to be transformative at best. I want my music to take off and it would be a dream to share that on tour across the world.

What do you like about the current state of content and storytelling? Anything stand out to you?

I love anything that reflects our current times because I am a constant believer in “art imitates life”. Shows that don’t necessarily tackle real life issues kind of erase the point of what storytellers actually are. We are activists in our own regard, we just have different forms of protest than you would normally see. I love that mostly everything that’s coming out today whether it is on television, in music, or in theater, is tackling lifeissues and making tough conversations easier to have.

Do you find it hard to balance your work as a musician vs. being an actress?

Retribution is a film that I wrote and acted in, but I also composed the entire soundtrack. This is how I plan on releasing albums henceforth. So, I feel that things are only a stop in the road if you let them be. There’s a way for everything to happen, it’s just a matter of figuring it out.