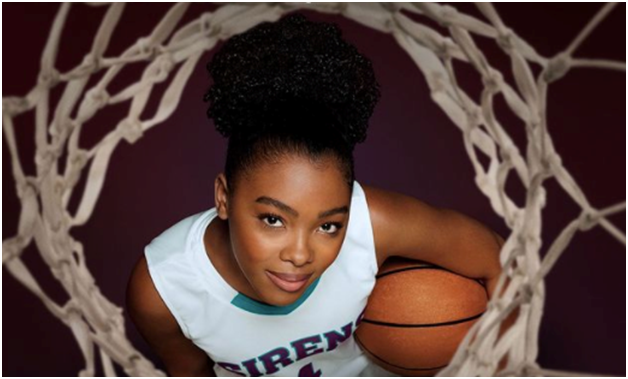 Image credit: moniquegreenofficial/@Instagram
Popternative recenlty spoke with actress Monique Green. The Florida-native is currently starring in the new Disney+ series Big Shot as Olive Cooper, a basketball player at Westbrook School for girls. In our interview, we discuss her basketball skills, being on a Disney+ show, social media and more! She’s also a very talented singer and has been a national anthem singer for the LA Clippers in the past.

On the surface, the series seem may seem like it is only about basketball, but there are some underlying themes that can be found. Monique praises the writers and says, “It’s about tackling these really intricate and complicated things that happens to all of us so I think it’s also very relatable.” Prior to landing a role in Big Shot, Monique had little basketball experience and revealed that part of the audition process included individuals being tested on their basketball skills. In preparation for the role, Monique had some help she said, “I actually had my dad kind of train me and prepare me a bit before, so I felt comfortable going into it.”