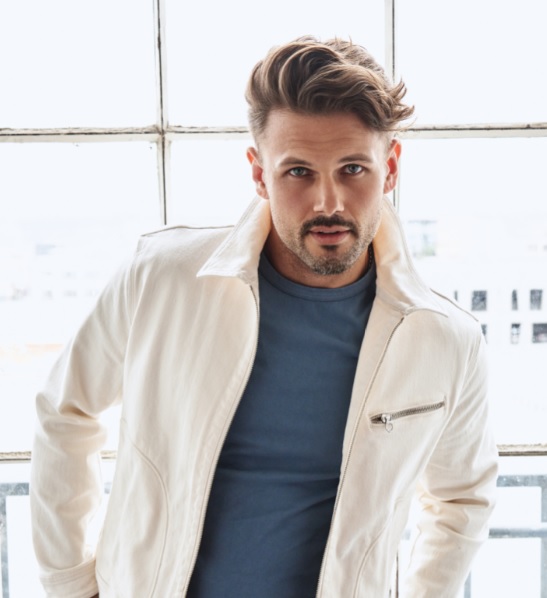 Image credit: Riker Brothers
We had the chance to chat with actor David Cade on the podcast who plays Ben “Bugsy” Siegel in Vertical Entertainment’s drama Lansky. Lansky is set to be released in select theaters and VOD/Digital on June 25, 2021. David Cade might also be recognized from his role as Jett Stetson in Nickelodeons’s Big Time Rush, which we also discuss in the interview (below).

The biopic follows the notorious gangster Meyer Lansky (Harvey Keitel), who is living in anonymity in Miami Beach after being investigated and pursued by the FBI for decades. When he enlists a young journalist named David Stone (Sam Worthington) to tell his story, the Feds use him as a pawn to track down the hundreds of millions of dollars that the mobster has been suspected of stashing. Stone finds himself caught in the middle of a game of cat and mouse, uncovering the hidden truth about the infamous boss of Murder Inc. and the National Crime Syndicate.