Home / Entertainment / Interviews with the Cast of ‘Snow Day’ 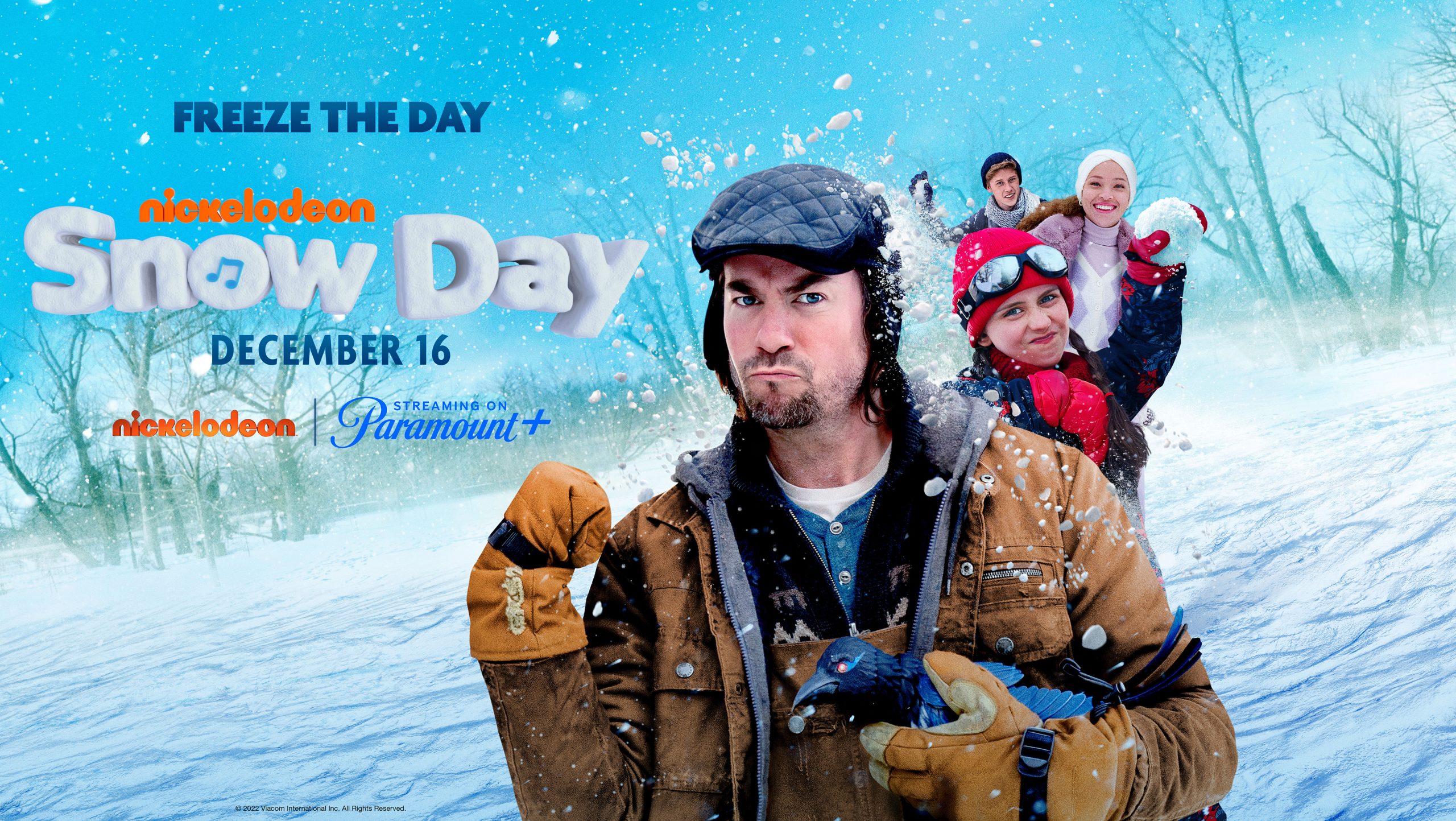 The all-new original movie musical Snow Day, based on the 2000 film of the same name, will premiere on Friday, December 16th, at 7 p.m. (ET/PT) on Nickelodeon and will stream that same day on Paramount+ in the U.S. and Canada. The original Snow Day, from Nickelodeon and Paramount Pictures, was a box office success becoming an instant favorite for kids everywhere. It starred Chris Elliott, Mark Webber, Jean Smart, Chevy Chase, Josh Peck, Emmanuelle Chriqui, and Schuyler Fisk, among others.

A musical reimagining of the beloved comedy classic film, Snow Day follows a group of kids who are determined to achieve their dreams when their school closes for a snow day. Siblings Hal (Ky Baldwin, Peter Allen: Not the Boy Next Door) and Natalie Brandston (Michaela Russell, WandaVision) discover that anything is possible on a snow day when a surprise winter whiteout offers them the chance to break routines and take giant risks. Inspired to pursue his crush, Claire (Shelby Simmons, Bunk’d), Hal enlists the help of his best friend, Lane (Fabi Aguirre, Les Misérables on Broadway), to help him express his feelings, and Natalie decides she must challenge the town’s cranky snowplow man if she wants to pull off the task of creating a second snow day. Jerry Trainor (iCarly) assumes the iconic role of the Snowplowman.

We were joined on the Popternative show by Snow Day stars Jerry Trainor, Michaela Russell, Ky Baldwin, Shelby Simmons, and Fabi Aguirre to discuss the film and the musical component.

The cast talks about being part of a reimagination of the classic 2000 film and it being a musical. Jerry tells us about his specific “snowdown” scenes with Michaela, and Ky breaks down the diner/music scenes. Fabi and Shelby go into detail about their mindset of playing characters which we’ve seen before in a previous film.

Snow Day will premiere on Friday, December 16th, at 7 p.m. (ET/PT) on Nickelodeon and will stream that same day on Paramount+ in the U.S. and Canada.