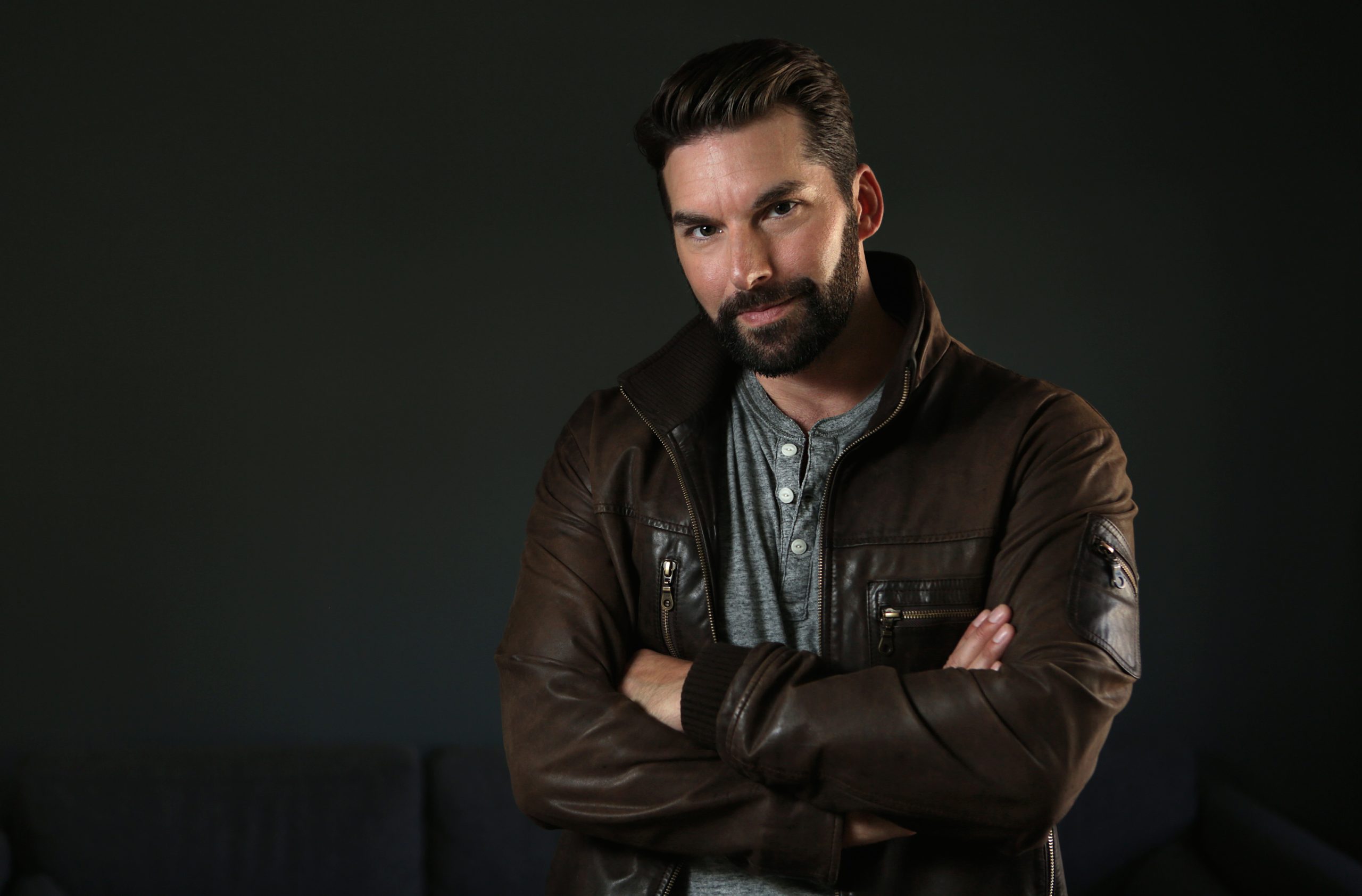 We chatted with Charlie David who is the creator of the upcoming LGBTQ2S+ dating series, Dating Unlocked, premiering in February 2022 on OUTtv and coming soon to Apple TV+. Charlie tells us all about what we can expect from Dating Unlocked, how he got into television and storytelling, and offers some advice for those looking to create their own content. Check it out below!

How did you get involved with TV and storytelling?

Charlie David (CD): I started working as an actor and television host and had many people’s dream job of hosting a global travel series, Bump, which ran for 6 seasons. I always found the work the writers, directors and producers were doing extremely compelling and overall wanted more creative input than is often invited from on-screen talent. When I was 27 I wrote and produced my first feature film, Mulligans.  It was one of the most challenging and rewarding things I’ve ever done and reaching that finish line and sharing the film with film festival and eventually television audiences had me hooked. From then on I knew I wanted to produce and direct.

What can we expect from Dating Unlocked?

CD: In Dating Unlocked, hopeful romantics from the LGBTQ2S+ community move beyond curated social media and dating profiles to find love in real life, and potentially share the key to their hearts. From the traditional to more radical, there are daters from all walks of life who share the same goal – to find a hook-up, a date or their one and only. In each episode, our lead dater selects someone they’d like to continue the romance with – by choosing between three prospective dates. To assist these love seekers in creating a connection with the lead dater, each episode involves games, activities and intimate moments tailored to showcase their personalities and interests. After weighing their options, the lead dater extends a secret invite for a second date. Will the chosen person unlock those fuzzy, flirty feelings and show up or leave them alone behind the door?  You’ll have to watch to find out!

What was it like working on a dating series specifically?

CD: We had such an incredible team and I owe the show’s success in many ways to our series director, Sam Coyle and host Yaz Harris.  Those two cared sooo much about what we were putting on screen and their creativity shines through. Creating a heteronormative dating series is one thing – you’re simply pairing men and women but in a LGBTQ2S+ series like Dating Unlocked the combinations and permutations of who you’re matching with who get into some seriously complicated puzzling! Thankfully we had great help with Jesse Griffiths Casting. The other thing that we wanted to do differently when making reality TV and a dating show specifically was really practice consent and active communication through the entire process.

The daters are always in the driver’s seat – they explore intimacy in the ways they agree to – whether that’s holding an eye gaze, having a deep conversation, making out or doing a strip tease. Everything is on the buffet table but nothing is expected from a production stand-point. That was really important for us in creating the series as well as an environment without the influence of drugs or alcohol which has unfortunately been ubiquitous on the sets of many reality TV shows to lower inhibitions of cast. We want to show real people exploring love and intimacy on their own terms, with clear heads and open hearts.

What advice would you have for someone who is looking to create their own content?

CD: For those looking to create their own content, I’d suggest starting with some business and marketing basics. Determine why you’re telling the story you aim to tell, why it needs to be shared now, and in a very crowded media landscape – honestly, who is going to care, engage with and champion it. Do the work to put together a competitor analysis. What other shows or content exist already?  How will your new content stand-out? How is it different/better than what’s already available? Where will it live, who will pay for it, how will it be marketed and shared? Fleshing out a robust target audience and building a business plan to develop, produce and deliver your content to them is essential in order to grab the attention of funders, distributors, broadcasters, publishers or brands and bring them on board with your big idea.

Ideas really are a dime a dozen, but the people who have the tenacity and passion to carry them forward from a daydream to a manifested reality are few and far between. If you’re just starting out – start small, like really small and gain confidence by making something real – your first short story, your first podcast episode, your first short film. Maybe don’t start with aspirations of the Mona Lisa or Star Wars as a first project – or there’s bound to be disappointment.

How excited are you to have Dating Unlocked premiere so close to Valentine’s Day?

CD: Soooo excited! Dating Unlocked was created because I wanted to make a space for LGBTQ2S+ people to see their romantic lives depicted on screen – in all the same ways straight society celebrates and is surrounded by imagery of love every February. Launching Dating Unlocked is my big, gay Valentine to the world and I can’t wait for everyone to watch it!