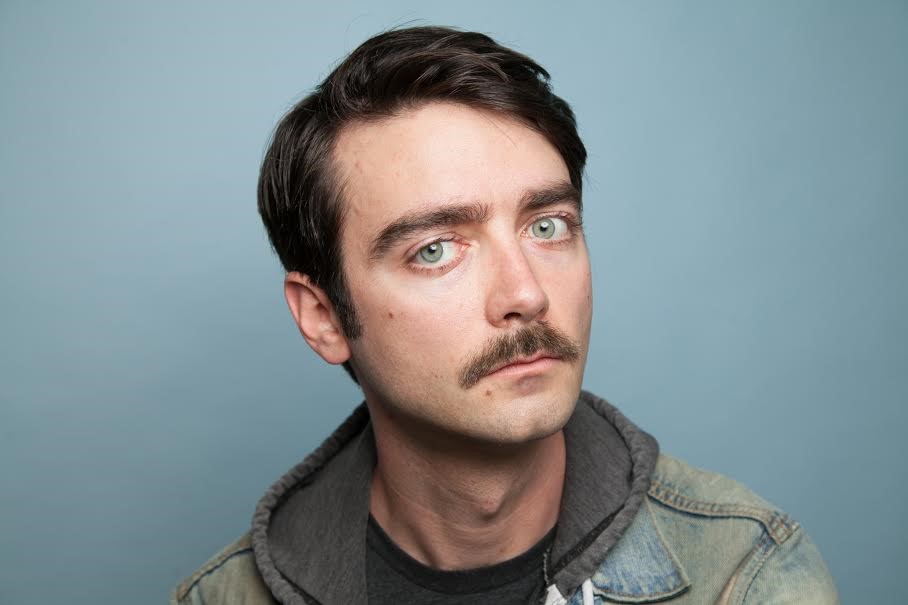 We recently spoke with comedian, illustrator and creator of the short animated show Swan Boy, Branson Reese. Swan Boy airs within season five of FXX’s Cake, a carefully curated, half-hour weekly showcase featuring both live-action and animated comedy programs of varied lengths from a diverse array of storytellers. Catch it Thursday nights at 10p ET/PT on FXX, streaming the next day via FX on Hulu. We asked Branson about his love for animation and working on Swan Boy, Cake and We Bare Bears. Check out what he had to say below.

When did you first fall in love with animation?

BR: Probably infancy? I don’t know exactly when it was but as long as I can remember I’ve loved watching drawings of little jerks with weird arms and huge faces dancing around on the screen. I think the first cartoon I ever sat down and watched was, like, a Super Grover cartoon from the 80s. It was like a Brad Neely video where it’s just static images played with voiceover. I assume somebody had converted a picture book to home video but that was enough to snag me. And here I am now, the richest man in the world.

What can you tell us about Swan Boy?

BR: Swan Boy is basically a huge asshole who sucks. I mean look, he’s based on me so he’s not that bad. I’m not saying I’ve got it super together, but Swan Boy’s the version of me who never even tried to get it together. He’s a lot of things. He’s got a lot of 40s screwball cartoon character energy, too. Your Daffy Ducks, your Screwy Squirrels. But he’s also very much a 2020s dirtbag in his own way. I don’t know, I think those two energies tie together nicely. I guess it’s not a no-brainer necessarily but I’m still surprised I haven’t seen it. I love Woody Woodpecker but you can’t tell me that guy came of age during the war on terror. You just can’t tell me that in good faith. I think that’s something worth showing.

When people watch Cake, what are you hoping they get out of it?

BR: A good time! It’s a fun show! Reminds me a lot of Liquid television or one of those other anthology shows I used to get in trouble for watching. A lot of very talented people who maybe wouldn’t otherwise get a network TV platform getting showcased on that program. It’s exciting. You don’t see a lot of that final frontier, wild west energy on television these days. It’s a nice reminder of what television as a medium could be doing.

In your opinion, why is adult animation so popular?

BR: Man, I could talk for days about this. I think it ultimately goes back to the Hays Code. You watch a Betty Boop cartoon from the early 30s and it’s just explicitly not for kids. I mean, maybe Depression era kids were cooler? I wasn’t there, I can’t say with certainty. But you get this code censoring everything right when cartoons as an art form are coming into their own and I think it creates a sense that cartoons are for kids. I don’t think a lot of other art forms have that stigma. Maybe ska? But it’s stupid. You don’t go through puberty and suddenly stop liking an entire art form. What if we did that with paintings or books? I think people still love cartoons as they get older, they just feel weird about it. So there’s still a huge appetite for it! A big part of why I wanted to work with Augenblick Studios was because Aaron and everybody there is so great at embracing all of the possibilities of animation and understanding that a lot of those possibilities are fucking nasty and adult and should not be shown to people whose brains are still developing. My kind of people.

What was it like working on We Bare Bears?

BR: Oh it rocked. My friend Mikey Heller who I knew through the alt comedy scene in New York got me a freelance job doing thumbs and storyboarding/writing there. It was very cool of him. Mikey’s insanely talented, I recommend everybody watch or read whatever he’s working on. Daniel Chong is an amazing guy to work for. So creative and smart and open-minded. Just a really welcoming and inspiring work environment. It was my first TV job so I was pitching a lot of ideas and gags that were completely unsuitable for children/the general public but they did an amazing job keeping the spirit but polishing it. I don’t know if there’s anything quite like seeing a joke you wrote animated up on screen for the first time.