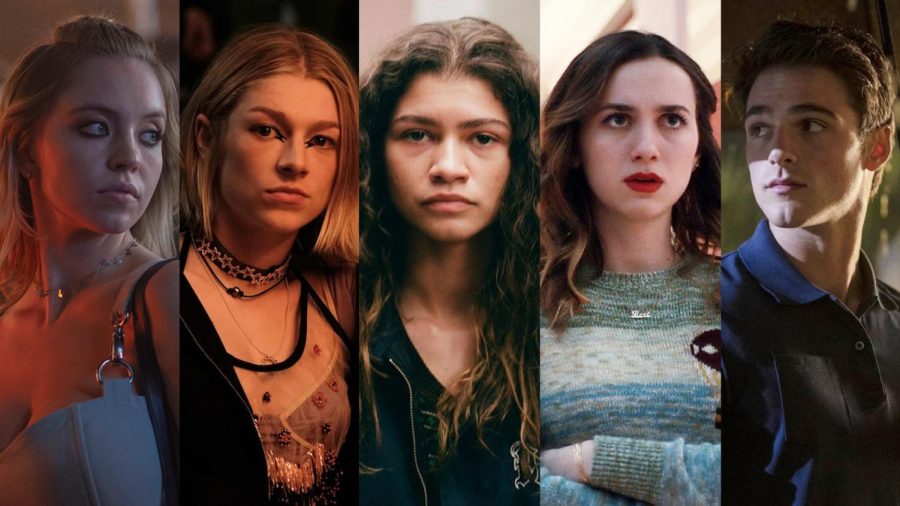 Fans of HBO’s hit teen drama series Euphoria are bracing themselves for tomorrow evening’s season 2 finale. The good news is that it has been renewed for season 3, however we don’t yet know when we can expect it – let’s hope the wait won’t be as long as season 2 was! We recently wrote a piece about similar series you can currently binge, but we know this won’t be enough to fill your Euphoria void once season 2 comes to an end. We put together 8 movies with the cast of Euphoria you can watch right now. Each film really displays the range of acting this cast has – making it a fun experience.

Synopsis: A college student falls madly in love with a classmate, while in another time and place, a Cuban exile falls for a beautiful flight attendant.

Who else is in it: Lili Reinhart, Sarah Jones, Adhir Kalyan, Bruce Altman, Kara Young

Synopsis: A high-school transfer student finds a new passion when she begins to work on the school’s newspaper.

Who else is in it: David Oyelowo, Mykelti Williamson, Alfred Molina, Brian Tyree Henry, Shinelle Azoroh

Synopsis: After a man’s family dies in what appears to be a murder, he gets a phone call from one of the dead, his niece. He’s not sure if she’s a ghost or if he’s going mad, but as it turns out, he’s not.

Where to watch: HBO, Crave

Who else is in it: John David Washington (yep, that’s it!)

Synopsis: A director and his girlfriend’s relationship is tested after they return home from his movie premiere and face each other’s turmoil during one long night.

Who else is in it: Madison Iseman, Jacques, Colimon, Ivan Shaw, Julie Benz

Synopsis: Inside the halls of an elite arts academy, a timid music student begins to outshine her more accomplished and outgoing twin sister when she discovers a mysterious notebook belonging to a recently deceased classmate.

Who else is in it: Asa Butterfield, Alex Wolff, Nick Offerman, Ellen Burstyn, Fred Armisen

Synopsis: A sheltered, socially-awkward teen becomes friends with a green-haired heart transplant patient who introduces him to punk rock.

Synopsis: A 17-year old Missouri teen discovers she is pregnant, a development that threatens to end her dreams at an Ivy League college, and the career that will follow.

Synopsis: Traces the journey of a suburban family – led by a well-intentioned but domineering father – as they navigate love, forgiveness, and coming together in the aftermath of a loss.

Where to watch: Hulu, Showtime