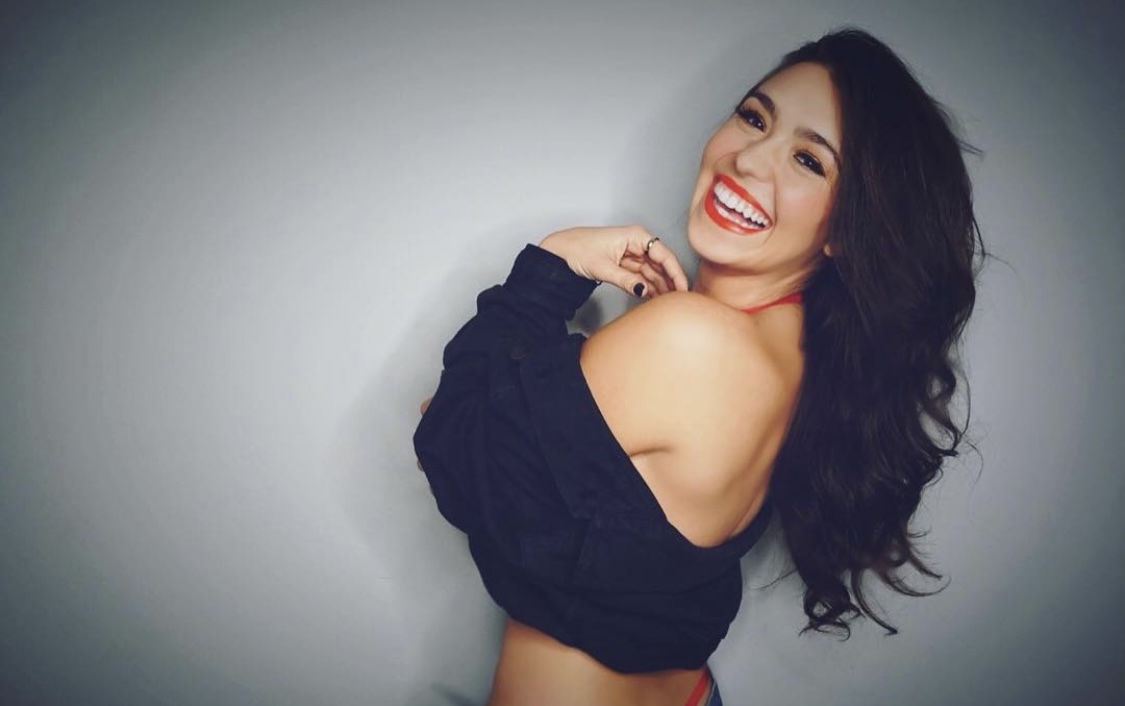 We chatted with Brooke Lusk who is set to star in season 2 of the reality series 12 Dates Of Christmas premiering November 24, 2021 on HBO Max. Brooke Lusk tells us what we can expect from this seacond season, how she got into acting, and lots more. Check it out below!

BL: I’ve always loved to write ever since I was in middle school but I didn’t know I really wanted to start pursuing acting until I was 19 years old. I made the switch from journalism to acting at 19 and it felt so right in my heart and soul.

BL: My first acting role was when I got strangled to death in a low budget indie film. I had no lines. I was just a victim getting strangled to death and honestly it was a lot of fun. My first acting role with lines was a pilot I shot that never got picked up because of conflicts with the pandemic, but I had a scene with Tobin Bell which was incredible because he’s one of the legendary faces of horror and I’m a huge horror fan.

BL: The thing I enjoy most about acting is being able to tap into my sensitivity that I mentioned earlier.  In the past I’ve had the word sensitive thrown in my face like it’s a bad thing but when I get to dive deep into a role and feel whatever that character is feeling it’s a dream. I will be able to go to emotional places that other humans may never go or I may never go in my actual life. The idea of that is so amazing to me and it makes me feel lucky that I could potentially live 1,000 different lives through characters I will play.

What can you tell us about 12 Dates Of Christmas On HBO Max?

BL: I can tell you that here is going to be DRAMAAAAA! There are going to be extravagant black tie christmas parties and juicy games where you will learn dirty secrets about the cast. There’s also going to be a lot of tears. You’re going to see love develop in all forms whether that’s friendships or relationships and goodbyes will be painful at every elimination night.

How did you get involved with the project?

BL: I had a casting director originally reach out to my manager Tal for a different reality tv show on HBO Max but the stars realigned (lol) and I ended up on 12 Dates which I’m so so happy about. It was a remarkable experience. I love all of my cast mates.

When people watch 12 Dates Of Christmas, what are you hoping they get out of it?

BL: I hope people find authenticity when they watch 12 Dates. Going into a reality show I went in with an open mind and an open heart but I wasn’t expecting it or myself to be so honest and authentic. When you are living in that house, you have no choice but to be present, live in that moment and invest 100% of yourself. I hope they recognize that the emotions are pure and raw and we all went into it with our best intentions.