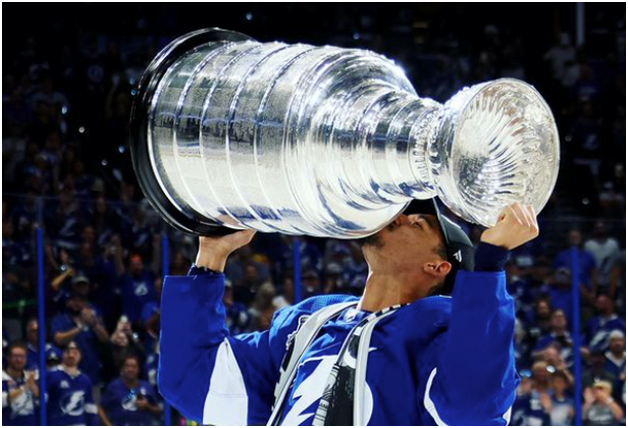 We had the chance to speak with Canadian ice hockey player Mathieu Joseph on the Popternative show. The Quebec-native most recently won the Stanley Cup championship with the Tampa Bay Lightning. We talk about his hockey career, winning the cup two years in a row, and tons more.

It’s been a little over a month since the Tampa Bay Lightning secured their second Stanley Cup in a row, but Mathieu is still cherishing every moment as a champion he says, “It’s been crazy. It was crazy when it happened, it’s still crazy now.” In the interview, Mathieu went on to highlight some of his favorite moments from their championship run, “First of all, playing against my hometown team [Montreal Canadiens] was very special. Having fans in the building was great, and having families of players after the game in the room, it was pretty special.”