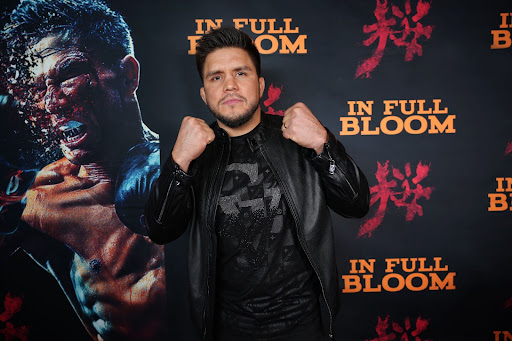 We had the pleasure of chatting with Olympic Gold Medalist and UFC Flyweight and Bantamweight Champion Henry Cejudo about the film In Full Bloom which he served as an Executive Producer on.

Set in post-WW2 Tokyo, In Full Bloom follows undefeated Japanese boxing champion Masahiro (Yusuke Ogasawara) as he trains in the winter wilderness for his upcoming battle against American challenger Clint Sullivan (Tyler Wood). Sullivan, who is haunted by memories of his time in the war, must overcome the Yakuza’s warrior-like influence to prepare for the showdown. In Full Bloom explores themes of political tension and the fighters’ parallel journeys as they test the very limits of human spirit against the backdrop of corruption, painful memories, and the magnitude of defending their home countries.

In our interview, Cejudo talks about what it was like stepping into the role of an Executive Producer in the film industry, his time in the UFC, why he thinks fighters with a wrestling background will always be more dominant, and much more.