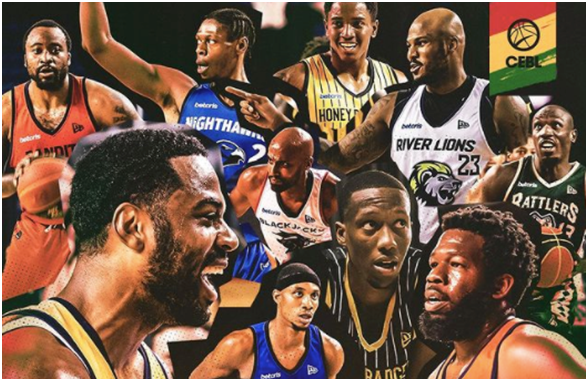 Image credit: cebleague/@Instagram
Canada currently has the most NBA players than any other country besides the United States. However, when it comes to international competitions such as the FIBA World Cup, or the Olympic qualifiers, Canada still struggles to leave their imprint on a global stage. The one thing that European basketball powerhouses such as Spain and Greece have in common is a strong domestic league. While NBA names draw all the attention, the large pool of domestic players to choose from is what helps separate these countries from the rest. This doesn’t happen without the development of domestic leagues. That is why the growth of the Canadian Elite Basketball League (CEBL) is so important to the future of basketball in Canada.

CEBL Commissioner Mike Morreale recently announced that the league will be welcoming a Montreal expansion team in 2022. This is fantastic news since Montreal is an untapped basketball market that has already produced NBA players such as Khem Birch, Chris Boucher and Lu Dort. It can’t be understated how significant this is for the growth of basketball in Canada, especially Quebec, but this isn’t the first time a professional basketball team launched in Montreal. In 2012, the Montreal Jazz joined the National Basketball League of Canada, but folded after only one year. That was a different time though; basketball in Canada has grown so much since then thanks to the Toronto Raptors, and the CEBL is a different league with more stability and infrastructure.

Aside from the on-court entertainment, equally important is the opportunities the league provides for not only the players, but the coaches, trainers, commentators, statisticians, camera operators and other arena workers as well. Although fans will have to wait until 2022 to see the Montreal team in action, last season the Ottawa Blackjacks showed the difficulties of launching a brand new expansion team during a pandemic.  The extra year will give the new Montreal expansion team a chance to take their time and put a team together without feeling rushed. Commissioner Mike Morreale also hinted at further expansion possibilities with Quebec City and Laval as potential locations. The CEBL also just made headlines when ten players from the league were named to Canada’s national team preliminary roster for the 2022 FIBA AMERICUP Qualifying tournament. The domestic league is working.

The CEBL is continuing to make strides as a league, whether it is with player acquisitions or front office hiring. Last year, fans saw former NBA player Briante Weber take the league by storm, and only a couple weeks ago the Guelph Nighthawks signed former NBA prospect Diamond Stone. On the front office side of things, Montreal-native and 2x NBA champion Joel Anthony is returning as a consultant for the Hamilton Honey Badgers, and the Ottawa Blackjacks appointed former Canadian national team player Jevohn Shepherd as general manager. The league is also providing coaching opportunities for women as the Ottawa Blackjacks just hired Fabienne Blizzard as an assistant coach, and Chantal Vallee was the head coach of the Hamilton Honey Badgers during their inaugural season.