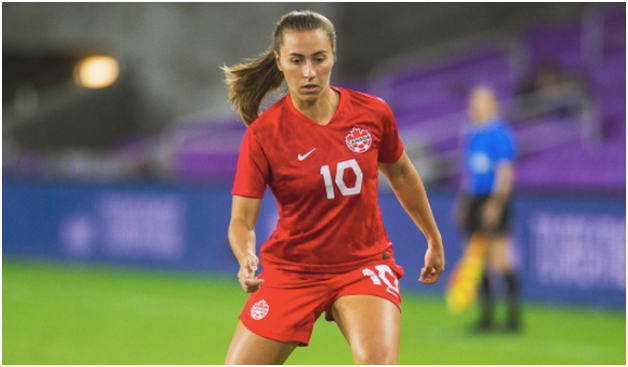 Canada scored a goal in the dying seconds of the game to defeat Argentina 1-0 courtesy of Sarah Stratigakis’ last-minute heroics. It was a fantastic team effort overall, especially the pass from Janine Beckie.

According to FIFA,  Canada is ranked 8th best in the world while Argentina is ranked 31st, Canada managed to still finish with a win despite missing some of their heavy weapons. The all-time leading goal scorer in international competitions Christian Sinclair is not with the team due to injury. Meanwhile, forward Jordyn Huitema (Paris St. Germain), fullback Ashley Lawrence (Paris St. Germain) and centre-back Kadeisha Buchanan were not permitted to attend by their professional clubs. The absence of these names have caused Canada to rely on younger players. This opportunity will give the new recruits valuable experience that will be needed in future competitions. Players like Sarah Stratigakis had their chance to shine.

The pandemic has presented many challenges for international competitions across all sports. Logistically speaking, so much preparation and precaution is needed when putting together a large sporting event. The return of the SHE BELIEVES CUP tournament provides a sense of normalcy for soccer fans. Every year, some of the world’s best soccer players gather and compete in the SHE BELIEVES CUP held in the United States. The tournament features national teams from Canada, Brazil, Argentina and the United States. Originally, Japan’s national team was invited but withdrew and was replaced by Argentina. The winner will be determined by whicg team has the most points following the round-robin tournament. The 2021 SHE BELIEVES CUP began February 18th and will end February 24th.