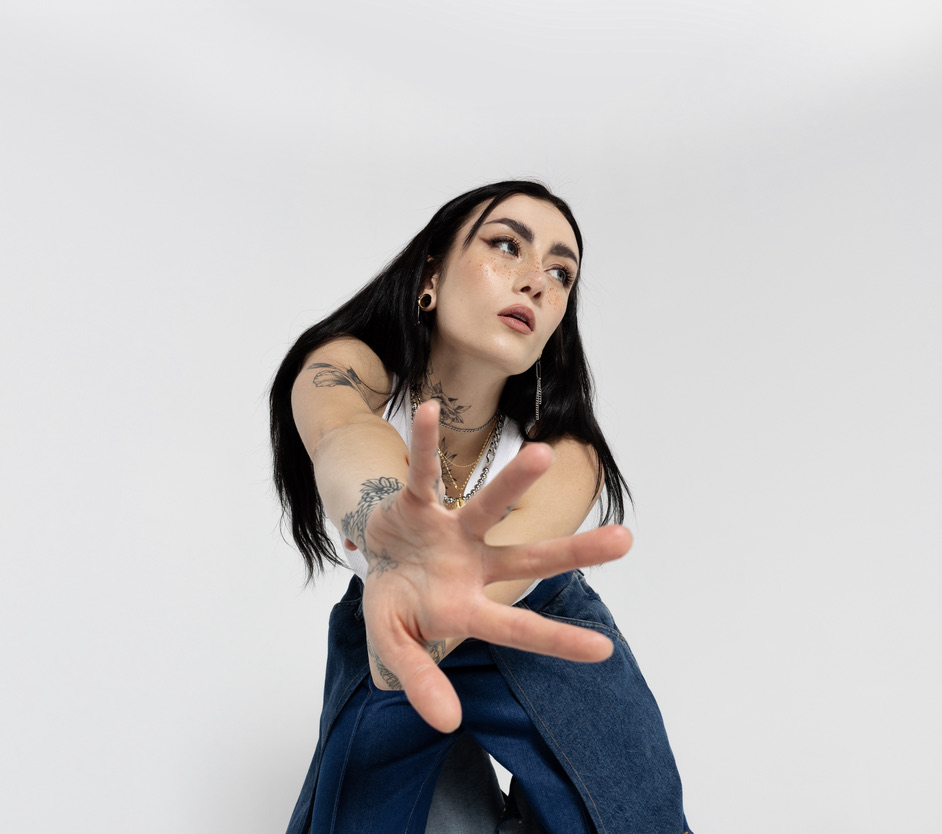 Alt-pop artist Vi came to prominence in 2018 with her debut EP blackwater. The singer-songwriter spent her early childhood in Qatar and began crafting moody music from her bedroom after moving back to Ottawa in her early teenage years. Drawing her inspiration from heartbreak and hardships, her vulnerable lyrics are known to resonate deeply with others.

We recently spoke with Vi who just dropped a new single “Dead to You” along with a music video for it (watch below). Along with a new single, Vi’s debut LP, Afterlife, is set for release March 23. We discuss her new music, her musical sound, influences and lots more. Check out our conversation below!

Vi: I am so excited to drop this record! I tap into an entirely different genre than I’m used to with my previous music. This new energy in my music makes me feel like a badass and has brought out a new side of me. I think it’s super important to make music that makes you happy, even if it is a bit outside of the box and out of your comfort zone. I want to keep my listeners on their toes – I think they wouldn’t expect this sound from me. It feels good to experiment and evolve as an artist.

Vi: I feel like everyone’s had their fair share of heartbreak, which is the main inspiration for my writing. When people listen to my music, I want them to feel like they’re understood and not alone. Writing and creating music is a form of healing for me, so I want others to feel the same way when they listen.

Vi: I’d describe my music as moody, dark pop alternative. There is always a lot of meaning and emotion behind my lyrics because I tend to write about vulnerable topics. I create songs that fit my mood at that time and reflect whatever I’m going through. Some songs are very fierce and you’ll maybe hear some trap beats mixed in, and then others will be super emotional and will have more of a melodic and haunting sound. Either way, I like to encapsulate a level of darkness in my music and visuals because that’s what resonates with me the most.

Vi: I grew up idolizing Avril Lavigne and Linkin Park, then in high school I fell in love with Lana Del Rey and Marina And the Diamonds. Into my adulthood, Banks became my biggest inspiration when it comes to writing. I would say those are my biggest influences, with some Melanie Martinez and blackbear sprinkled in.

Vi: I’ve wanted to pursue music since I came out of the womb, truly. When I was a kid, I’d spend hours performing to nobody (in my head, it was a huge crowd) and I’d daydream all day about becoming a singer when I grew up. Now that I’m living my dream and working with other super talented singers, writers, and producers, it’s a really fulfilling feeling.

Vi: Be 10000% yourself and use your music as a way to speak your truth! It’s always such a freeing feeling to be able to express yourself through your music. Music should always be authentic so you have to really tap into your deepest thoughts and feelings. Being vulnerable in your music is such a beautiful thing. It also helps to create a space to connect with others that might be going through something similar.

What is your favorite song to perform live?
My favourite song to perform live would be an acoustic rendition of my song Clover. Clover is more of an uptempo song, so I love changing it up and singing it acoustically during my intimate shows; it gives an entirely different sound to the original song. But now that Dead To You is out, I think this will be SO much fun to perform with a band because it’s super high energy and I think the crowd will love that. I’m excited to start playing shows again!!

Stream “Dead To You”