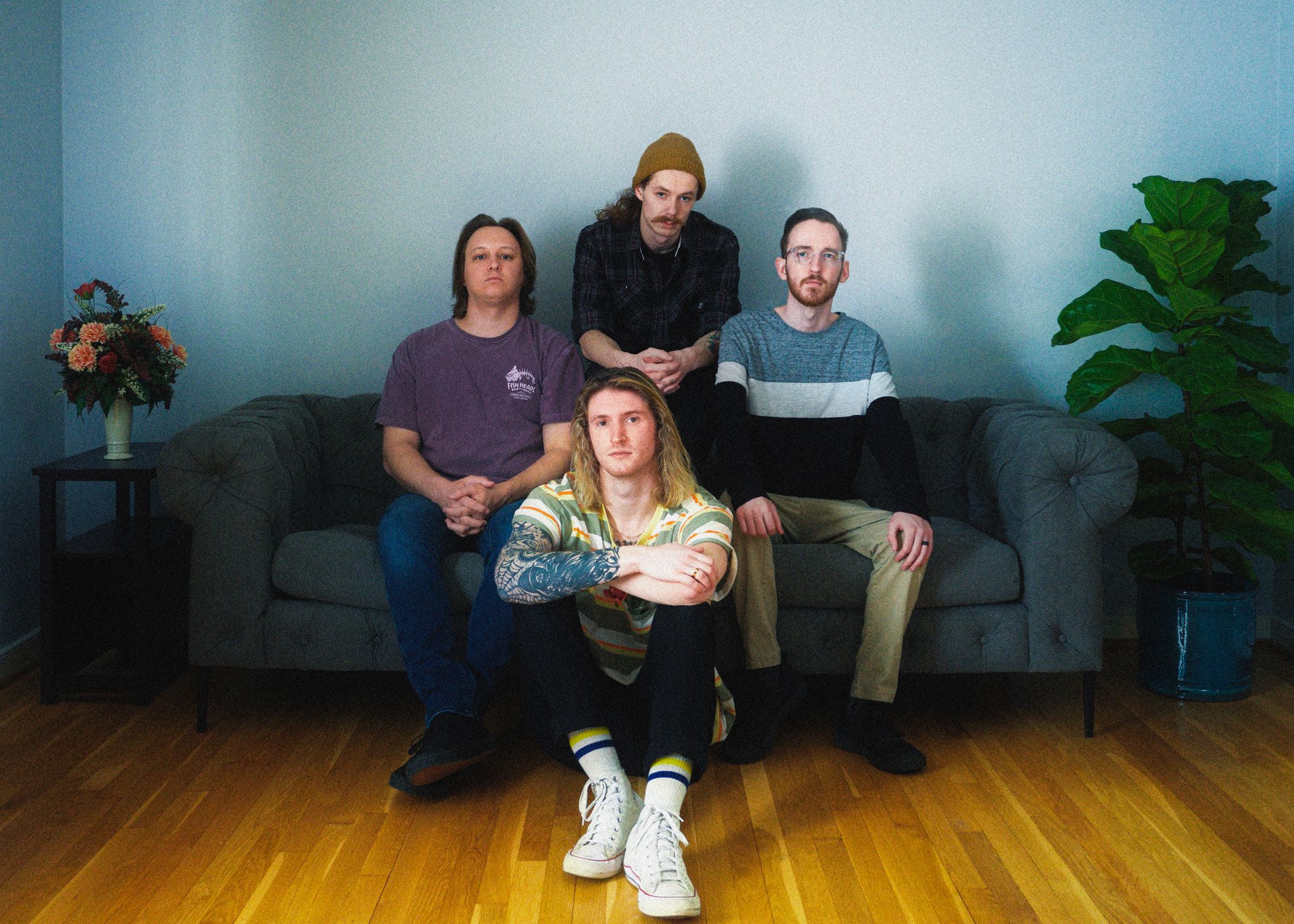 We chatted with bassist Tim Fogg from Telltale about their new single “COBAIN” and tons more. “COBAIN” is a melancholy and grungy track featuring LA-based artist Honey Revenge. It serves as the follow up to the band’s recent singles “Slowburn” and “Out Of Control.” Check out our conversation below.

What can you tell us about your new single “Cobain”?
“Cobain” is a self reflection on the struggles of being an ambitious musician that’s trying to make a name for themselves. The chorus specifically highlights some of the mental struggles we suffer while being away from your friends and family for multiple weeks while on tour. The music video for this track really ties the song together, and we were thankful to have our friend Devin Papadol from Honey Revenge on the second verse.

What was it like recording your upcoming EP?
It was a blast! We flew out twice to Los Angeles to record with our friend Zach Jones, who also did our Timeless Youth EP. Zach is essentially the 5th member of our band, he helps flush out the ideas and themes that we really want to convey in our songwriting. He’s a very integral part of Telltale and we love making music with him.

When people listen to your music, what are you hoping they get out of it?
I hope listeners get whatever they want out of our music, whether that be reassurance, happiness, motivation, or anger. I think the beauty of music is that it can be interpreted by the listener in many many different ways and we like to keep the meaning of our songs rather open-ended for interpretation.

How would you describe the sound of your music?
I’d describe Telltale as warm alternative rock with a mix of pop, metalcore, and punk elements sprinkled in. We don’t like to confine our music to one specific box so we do have a wide array of tracks.

Who would you say are some of your musical influences?
Telltale is heavily influenced by bands such as Bring Me The Horizon, Nirvana, The Story So Far, and Boston Manor. I’m personally influenced by artists such as Rage Against the Machine, Guns N Roses, blink 182, and Fall Out Boy.

Did you always know that music was something you wanted to pursue?
I started playing guitar around age 13 and it’s always been something I’ve been passionate about so I’d say yes. My uncle was a lifelong musician so I think it’s just something that runs in my family.

What advice would you give to aspiring musicians?
Continuously practice your instrument, go and meet as many people in your local music scene, and invest in your recordings.

What is your favorite song to perform live?
I’d have to say Rose. It’s our most popular track so the audience is always engaged and sings back the words. It also features my favorite chorus we’ve written and very fun to play on bass.