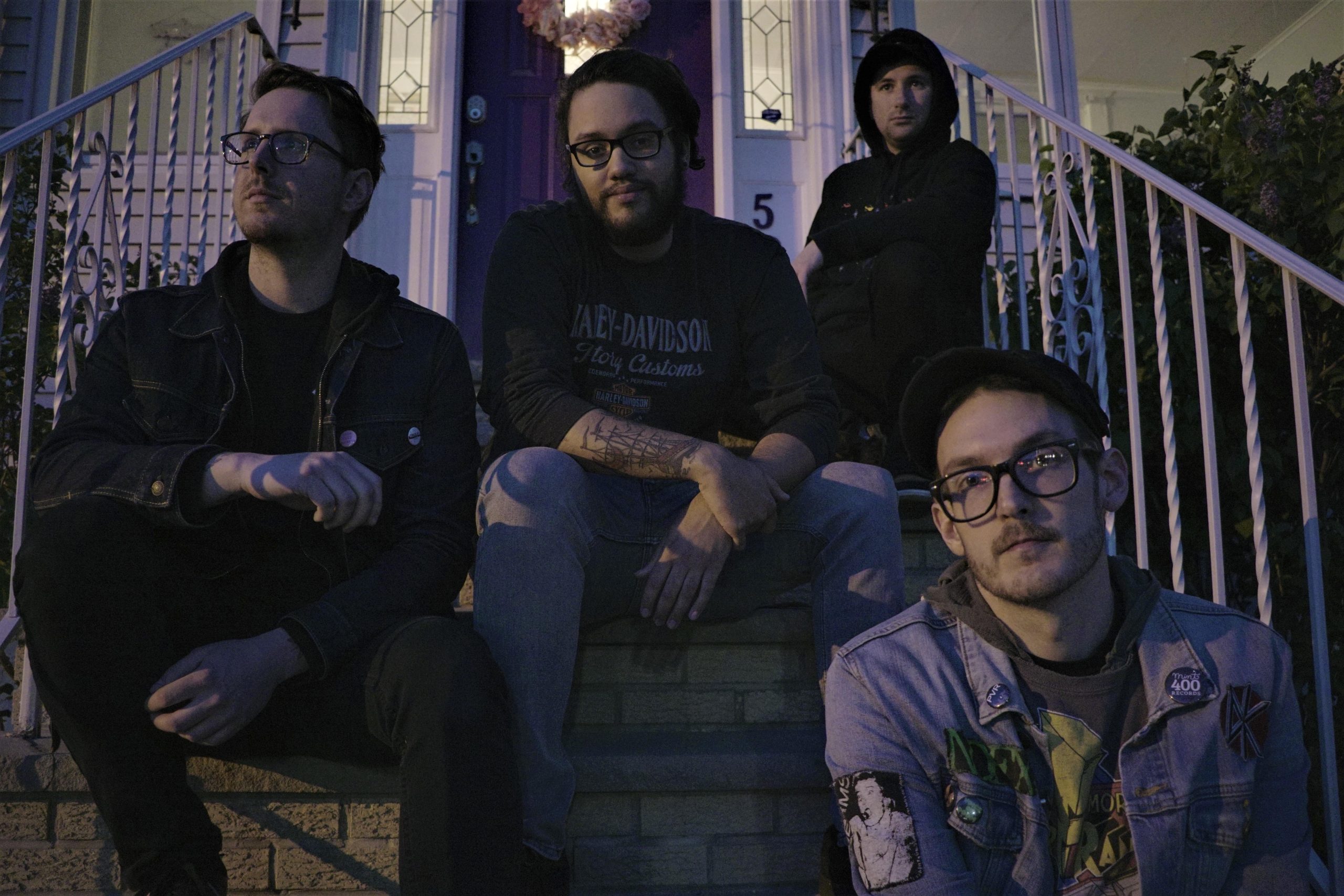 Image credit: Ryan Struck/Dailey Grime Media
Punk band Old Currents pride themselves in seamlessly blending their diverse muses (they are influences by punk, ska, folk, hardcore, and more) into a fresh iteration of alternative rock music. Their take on rock music can be widely loved, and their relatable lyrics are the cherry on top. We chatted with band members Joe and Jake about their second single “No Signs of Life” off their sophomore album, The Glory, The Defeat, out everywhere April 22, 2022. They also discuss the band’s sound, musical influences, creative process and lots more. Check out our conversation below!

Jake: To say we’re excited would be an understatement. We started working on these songs probably 2+ years ago, and everyday we’ve been sitting on them, the excitement for us has been building. We’re happy we can finally show people how we’ve grown not just as musicians, but as people too and I think our new album, The Glory, The Defeat, reflects who we’ve become, and who want want to still be.

Joe: We’re hoping they enjoy themselves. We want our music to give the listeners a tune they can sing and dance to, but that also provokes an internal emotional response.

Jake: Our music is a little bit of everything. All four of us come from different musical backgrounds, and our new album really showcases that. For me, I love country music, and I think my songwriting contributions at their core, could have grown into country and folk songs. Then you have Greg, our drummer, who has grown up listening to pop punk and hip hop. Ryan, our bassist, brings a punk, ska and hardcore influence and Joe was raised on every guitar virtuoso from Frusciante to Hendrix. There’s something for everyone on this album, but most of all, it’s honest about who we are and who we’re not.

Joe: We are truly all over the place, but let’s see here… The Gaslight Anthem, Agaisnt Me!, Hot Water Music, Blink 182, Neck Deep, The Menzingers, and all the bands we get the pleasure to play with also. There is so much musical talent at the local level that defines who are just as much as as the bigger bands in the scene. Chris Skel, The Adventuring Party, A Beautiful Somewhere, Neckscars, American Thrills and Craig Cirinelli are just a handful of people who have shaped our sound and our band with their friendship, songs and guidance. We wouldn’t be who we are with out our friends.

Jake: My first love was baseball, and I still love it to this day. I always loved music too, but my first dream was to play in MLB, a longshot I know. But when I was a kid around 13, I broke my ankle, and the summer I spent recovering was the summer I really started focusing on music seriously and subsequently my dream shifted from sports to music. I’ve had so much fun playing music, and meeting new people and if it all stopped tomorrow, I wouldn’t change a thing. I’ve achieved more than I could have every imagined, and I can’t wait to see what’s next for me and the band.

What advice would you give to other aspiring musicians?

Joe: I would say:

1. Have a plan and with every move you make, make sure everyone in the band is on the same page.

2. Play every show like it is your largest gig. I know it’s hard to bring the energy when you are disappointed with a low turn out but those people spent money and time to see you. You owe it to them to give it your all, whether you’re playing to 5 people or 500.

3. Nobody likes the band that’s too cool to have a conversation. We are all trying to have fun doing what we love, and are trying to build a community. Leave your attitude at home!

Jake: “Streetlights”, the closing song from our first album, Three Chords & the Truth, hands down. That was one of the first songs our friends and fans would sing back at us at shows. Plus, that was written about a specific night hanging out with my best friends in my old garage and the memories I have tied to that song are vivid and fond, and every time we play it, it brings me back to that night.

Joe: We have two songwriters. Jake Novak, and myself Joseph Bernechea. Typically, we write the basic shells of the songs verses, chorus, bridges, on our own. Once we are satisfied, we bring it to a band practice and then we play doctor. We add, change, and remove parts until we are satisfied with a finish product.

Jake: I can’t attribute this to anyone specific, but after years of watching interviews with my heroes, and reading about bands, my biggest take away has always been have fun, and be your genuine self. I think that also applies to life in general, not just music too. More than anything people connect with honesty, and if you’re having fun and being true to yourself, people will notice and slowly but surely, I can say they have for us too and it feels amazing.