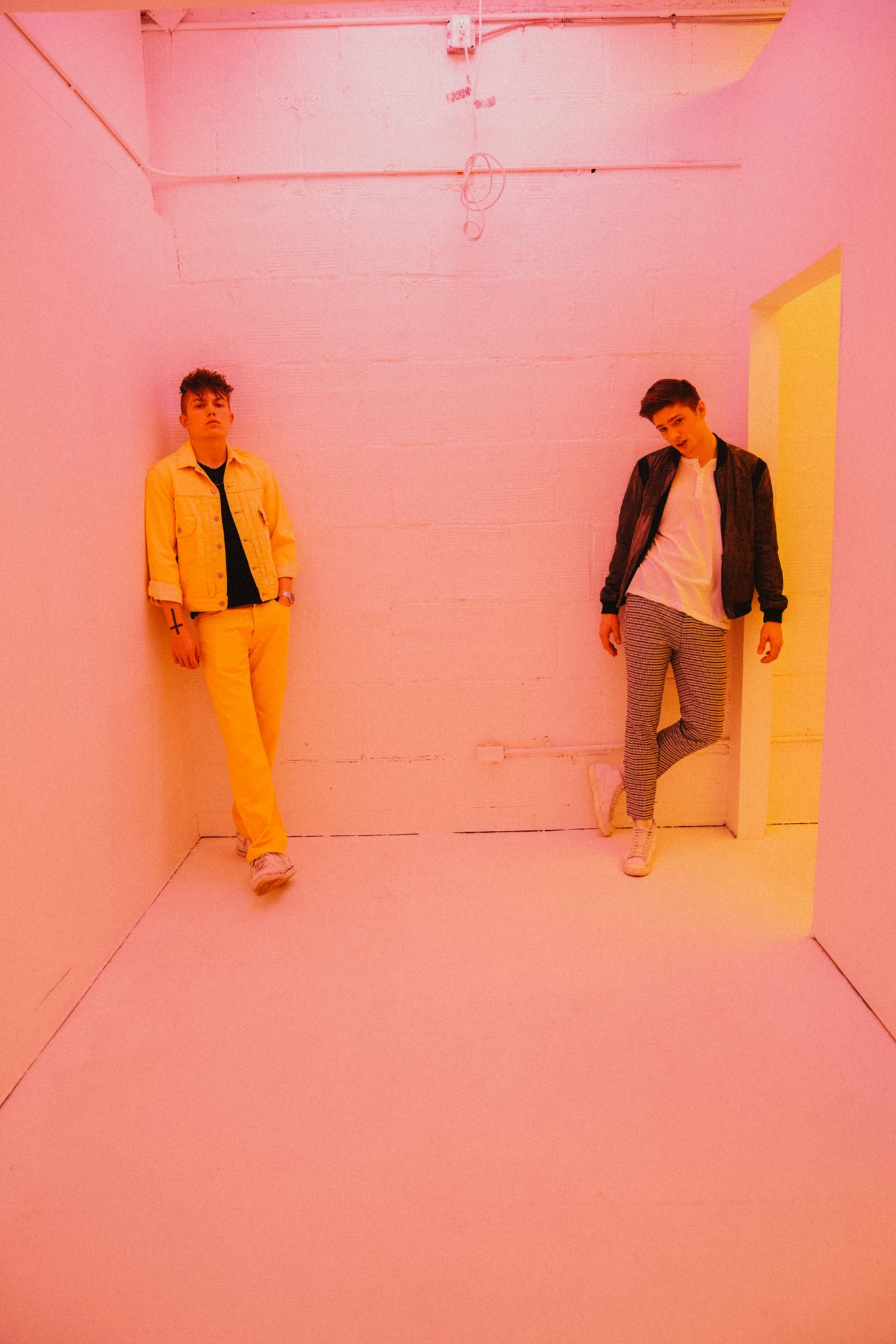 Image by: Colin Flora
We chatted with Nashville based pop/alt band Nox Holloway about their new single, “Parachute,” out now on all streaming platforms. The upbeat, ukulele driven track serves as a reminder to listeners to not be afraid of what the future holds. “Parachute” serves as an introduction to a new collection of tracks coming out in the near future. We asked the duo about the new single, their sound and some of their musical influences. Check out our conversation below.

We’re really excited for this wave. We love making music so much and since we live together and create all time it’s easy to forget releasing is the big payoff. The vision for these songs and videos are largely a product of our first year in Nashville as full-time artists, so we can’t wait to keep sharing what we’ve been working on.

What can you tell us about “Parachute”?

The song itself is about taking a leap and being ambitious in anything you do, and we felt like the free-flowing, uptempo feel was the perfect vessel for that emotion. As far as putting it out now, we wanted Parachute to act as the introduction to this narrative world we’re creating with the singles we’re releasing through the summer.

We always hope that there’s a level of accessibility that appeals to anyone and everyone, and that our music can be enjoyed casually on first listen. But we also hope that anyone looking to take a deeper dive musically or lyrically can find connection and intention in the stories and the way we craft our sound.

We love the comfortability of what’s popular and charting, so we try to take certain aspects of those sounds and get weird past that. We’re always operating with trial and error, and think there’s a balance to be found between what’s fresh and unique and still commercially viable.

The first artist we connected over early on in our friendship was Jon Bellion and his process and passion remain a huge influence to this day. Past that, we draw inspiration from twenty one pilots, Kanye West, Dominic Fike, Ryan Tedder and Benee.

We’ve always been fans and students of music, but didn’t decide on it as a career until relatively later on. Bryce was big into sports, specifically baseball and almost played collegiately. It wasn’t until later in high school that he chose music to be his focus. Parker was a percussionist marching in world-class drumlines leading up to his decision to focus on music early on in college. We started making music together about halfway through our time at Clemson and that collaboration became Nox Holloway a couple years later.