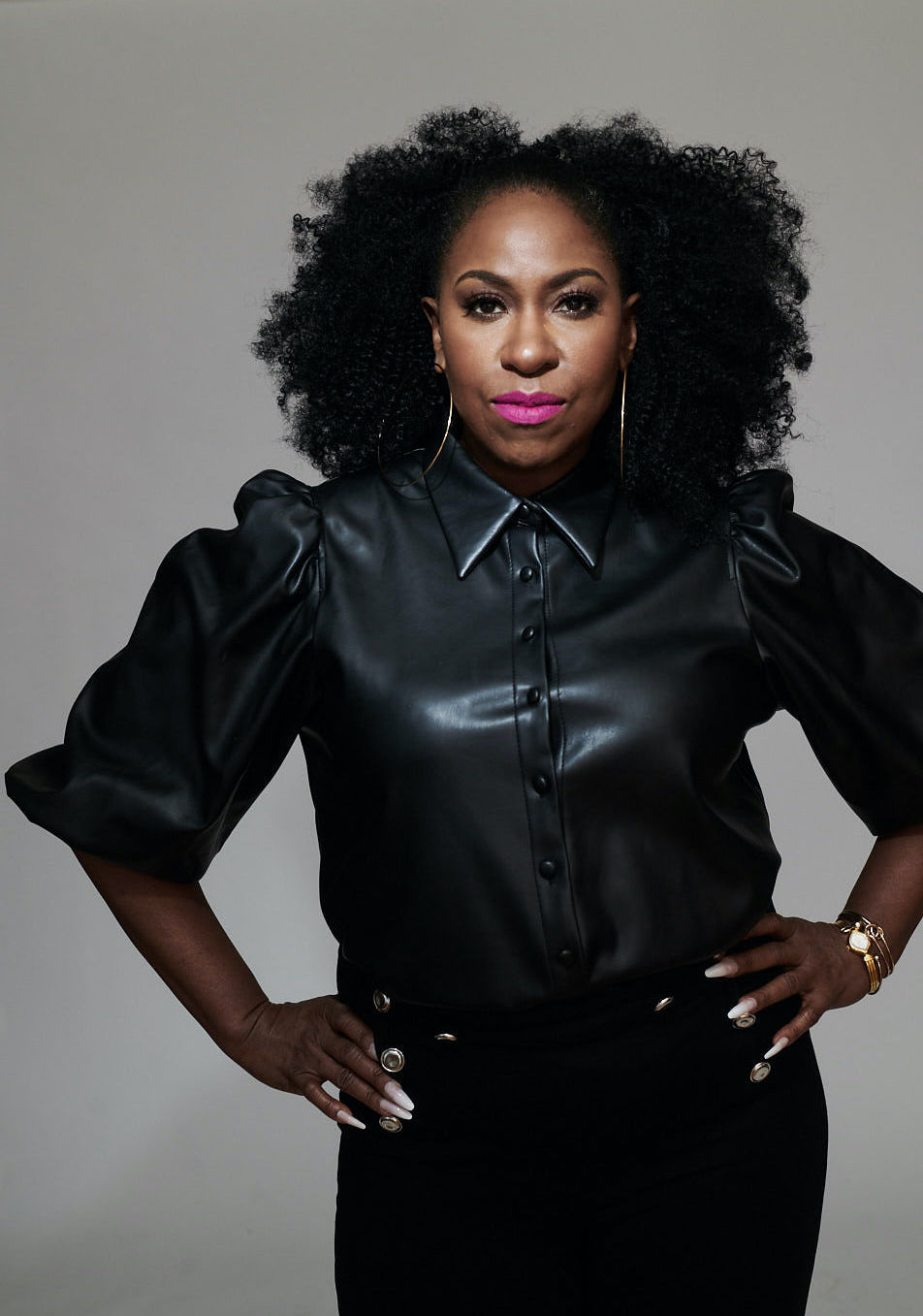 We chatted with Nadine Whiteman Roden about Take Note which is out now on Peacock and Family Channel in Canada.

14-year-old Calvin Richards has a wonderful, close-knit family who can survive anything as long as they’re together. And good thing because Calvin was chosen to compete on a tween reality singing show – “Take Note” – and they’re going to spend the summer navigating the crazy ups and downs of new friendships and competitions, while being thrust into the national spotlight. The series stars Braelyn Rankins (Doom Patrol, Genius: Aretha), Nadine Whiteman Roden (Designated Survivor, Murdoch Mysteries), Aadin Church (Broadway’s Dreamgirls, Sister Act) and Sebastian Spencer (Overlord and the Underwoods).

Take Note will introduce a new generation to Pop, R&B, Country, and Rock classics along with originals by emerging musicians written specifically for the series.

What can you tell us about Take Note?

Take Note follows a group of contestants from across the country competing in a fictional reality singing competition, “Take Note.” I play Drea Richard, mom of Calvin Richards who is taking part in the competition. She is a fierce no nonsense mom who also loves to have fun. She has a great sense of humour and loves her husband and family with all her heart. She would do anything for them. She is the kind of mamma bear that we all would love to have.

Acting is something I have always wanted to do. I don’t think there has ever been a time that I haven’t wanted to do it, even when I was pursuing other avenues. I remember seeing Les Miz at the Royal Alex as a teen on the upper balcony. I might have even been in the absolute last row.

If you have ever been up there it is steep, I mean you are in the rafters and did I mention the grade is steep? I remember sitting at the edge of my seat the entire show looking straight down and thinking THAT is what I want to do I want to do THAT!! I remember seeing the show years later and leaning over as the overture started and whispering to my now ex husband and saying one day I am going to be on that stage. A few years later I was performing on THAT stage in Mamma Mia –a dream come true.

You HAVE TO LOVE IT! It is an amazing career but it isn’t easy. You have to love auditioning, you have to love trying on all the different skins of all the different characters that you get the honour to try on. The path is a bit rocky and takes detours. I know this sounds dour but if you can stick through all the ups and downs when things hit– It is amazing! I think as actors we have to be always willing and open to learning not only about the craft but about ourselves. I think the best actors are able to go deep and always be willing to learn about themselves.

My first acting role was in a public speaking competition in elementary school. I was and I guess I still am, a terrible procrastinator. I had to write a speech that we were to perform in front of the class. I  got about half way through the speech and didn’t finish it before I had to do it in front of the class. So in the true spirit of ‘the show must go on” I improved (made it up) most of the speech.

It was nervousness, and boy was I ever nervous. I ended up winning the Public Speaking competition at the school and a couple more in the community. So I guess that was my first acting role. I acted like I was nervous and like I actually had a speech. My teacher took me aside at the end of my speech and told me that I should consider going into acting.

Everything!!! I remember taking my first improv class and explaining to people that it was like kindergarten for grown ups you just get to play. I think that it is what I love about acting, I get to play, at least when I love it the most is when I am deep in the play. Also I love telling stories as actors we get to tell stories for living. How great is that?