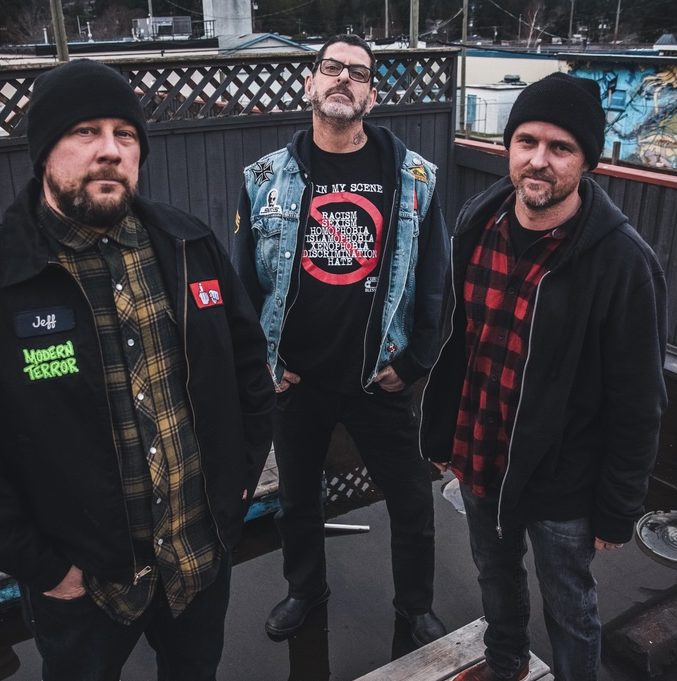 We chatted with drummer Limo of the punk rock band Modern Terror about their new music and much more. Limo has been a long time NOFX crew member and was the main stage tech and monitor guy with NOFX for 24 years. He also has played keyboards for the band when needed. Check out our conversation below.

What can you tell us about some of your new EP Going Viral?

We’re super excited to have a release that’s on vinyl. It’s always been a dream for all of us and the day we got to hear ourself on the test pressing was one off the bucket list. We are super excited to be a part of the Cursed Blessings roster as they are a label that is putting out the kind of music I still love and doing so with old school DIY integrity.When everything closed down we had a bunch of new songs that we wanted people to hear. Songs that were a bit of a departure from some of the heavier material on our last recording Hardcore 18.

What in your opinion is so appealing about punk music?

It’s not as popular but we are lifers and that’s what we HAVE to do. We have some other projects that allow us to explore other styles but the DIY of punk that we have lived all our lives that we can’t help but write silly irreverent songs to flip our noses to the status quo.

NOFX, the Vandals, the Desendents, PW- That wave of Cali melodic punk riffage.

Do it because you love it, don’t do it to “make it” then you won’t be let down, or at least as bad

It’s a group process where we all contribute to create “the song.”