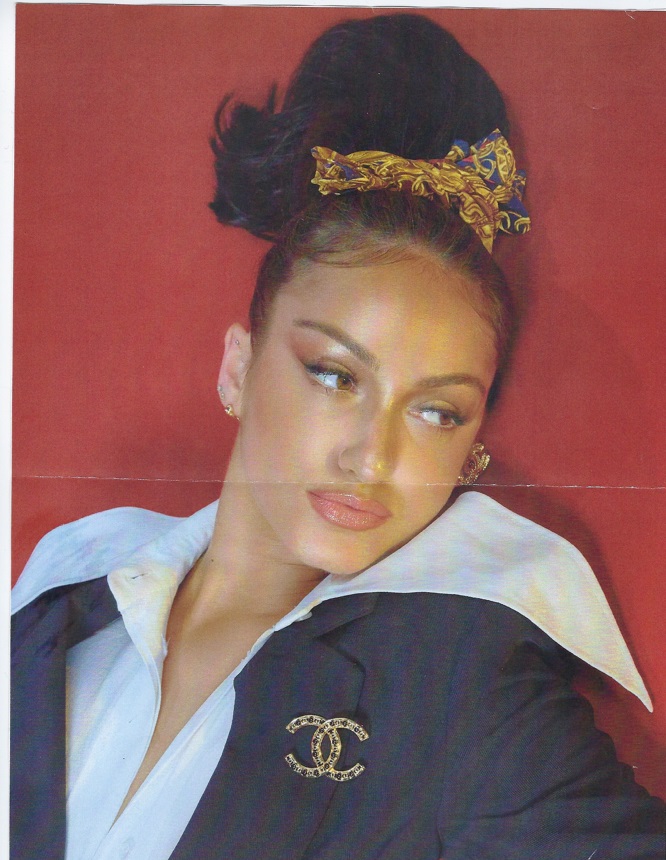 Image by: Daniel Mutton
We caught up with London-based singer-songwriter Kate Stewart about her new single “The Game” which is now available on all streaming platforms. The accompanying music video will premiere on July 25 on YouTube.

Shot in black and white, the music video was directed by Jack Bowden (Nike, HP, Primark, Boohoo and Trivago) and is the latest visual entry to Kate’s upcoming EP, You Had To Be There, releasing in Fall of 2022. The video flips through Kate against a stark black background and an illuminated background as she poses in powerful stances, with strong visual storytelling.

We asked Kate about the new single, her creative process, genre bending and lots more. Check out our conversation below.

Kate Stewart (KS): Yes! Although I didn’t know it was specifically going to be music. Ever since I was a child, I would always be singing, but I also loved acting and musical theatre. I knew I would always be in the arts, I just wasn’t sure which lane. I was always massively inspired by singers like Christina Aguilera and Whitney Huston, so my voice became accustomed to that style of singing. It became very clear to me during college, when I was studying musical theatre, that it felt forced to sing that style and I quickly figured out that my voice was much more suited to pop, and that’s when I decided music was my path.

What can you tell us about your new single, “The Game”?

KS: I feel like this is my big epic pop song that I’ve been waiting to release. I made it with my brother, so automatically it’s a very special song to me, and he described it perfectly, he said “if people didn’t know you could really sing, after hearing this song, they’re gonna know!”

KS: Trust your gut, never back down on your ideas and your vision, work as hard as you possibly can and don’t let the no’s hold you back. All you need is one yes from the right person.

KS: I haven’t worked many of my new songs live yet, but I did a gig at the end of last year with an incredible brass band, and a track from the EP (I won’t disclose the title just yet) sounded amazing live, and I loved singing it. As for a cover, anything Whitney!

KS: I always like to start with a beat. I find it incredibly difficult to write to a loop, I’m high maintenance when it comes to writing, I really like to have the beat partly finished, and structured in a way where I know how it will sound finished. Then I start with melodies, I pick the ones I like, lay them down in perfect structure and then write lyrics. I often come to the studio with a concept, or a title, and when you have those things, it’s super easy to write the lyrics when you know exactly where you’re going with it. I’m not the kind of writer who can write aimlessly, it always needs to have a purpose and a story, then it just flows.

KS: Never never never give up. This is a quote by Winston Churchill, it was a saying my grandpa used to use all the time. Even though he wasn’t necessarily talking about music when he said it, I take it with me in whatever I do.

Which musician(s) would you like to collaborate with in the future?

KS: There are literally so many musicians and singers that I would love to collaborate with, the list would be endless. But currently I am obsessing over Jacob Collier. I watched a documentary about his life the other night, and I was just blown away by how incredibly talented he is. He’s a genius, and to work with him would be an honour.

What do you think about all the genre bending happening in music right now?

KS: I’m happy that people are expanding their minds when it comes to music. For a very long time, pop and dance were pretty much the only 2 genres you would hear on the radio, especially in the UK, so I’m very happy we’re getting a broader range of genres, and people are actually going with it.

Listen to “The Game” here