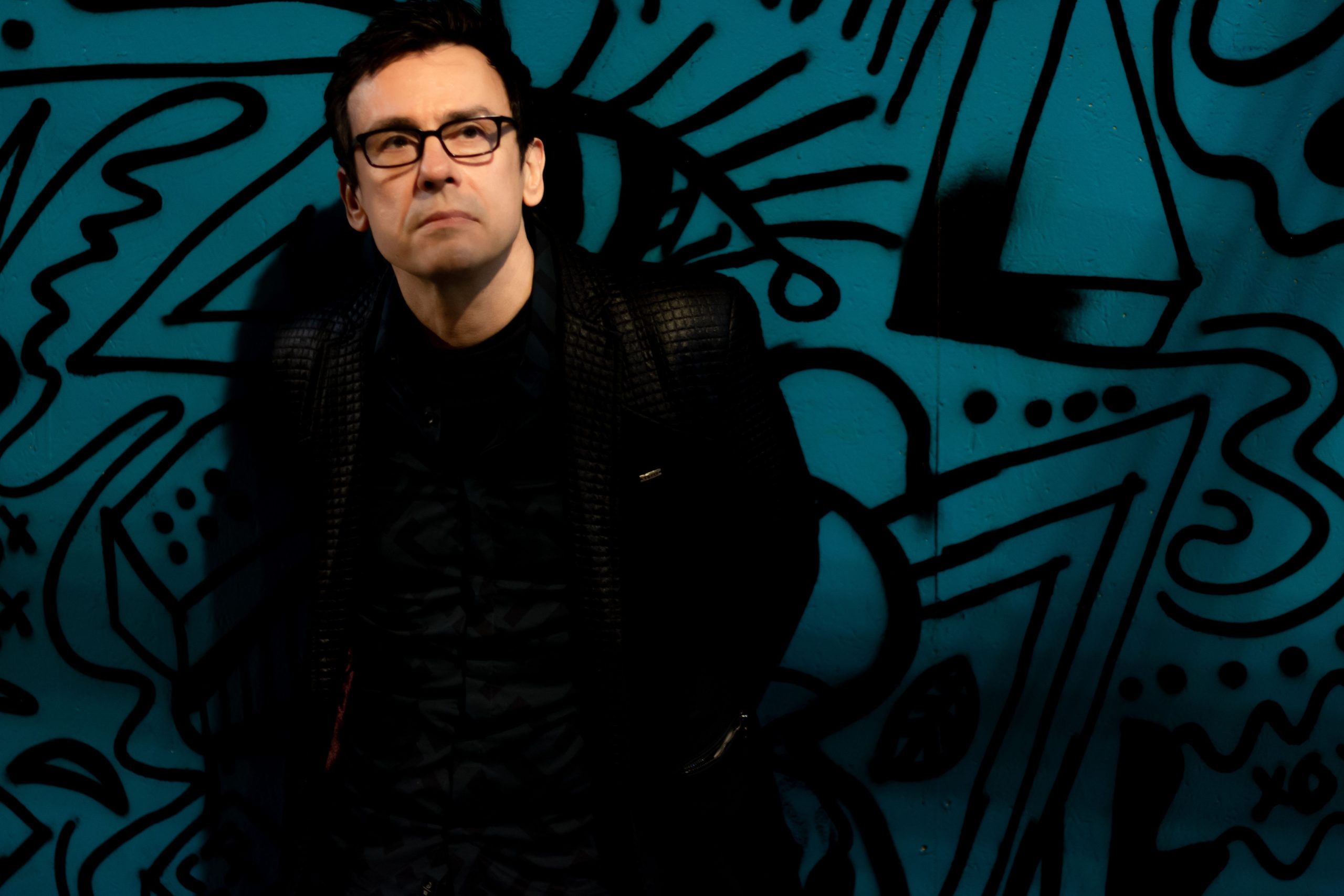 We had the pleasure of chatting with artist Jason Halogen about his latest abum, Diasterpiece Theatre, out now on Spotify and Bandcamp. Jason discusses the music video and lyrics for the song “Ruxpin In The Attic,” his creative process when writing music, his music influences and lots more. Check out what he had to say below.

What can you tell us about your new video for “Ruxpin in The Attic”?

JH: Ruxpin is one of the tracks on the album where I’m playing everything in addition to producing and recording, and then Lawrence Hollie’s crazy, psychedelic video for the song was edited on an iPhone because the pandemic shut down the studio he did his work at. So even though it sounds and looks pretty lush and slick, you really can’t get more DIY. It’s kind of an orchestral alt-pop arrangement over a deep groove, with mellotron, strings, guitars, bass, drums, percussion, loops and a weird sample I found of a baby playing that sounds like it’s saying “want play? Ooo wah oh”, which I thought was adorable (and slightly creepy) and set me up to write the lyric.

Lyrically, it’s about leaving love behind, and wanting to be remembered – hence the “distance and time” lyric – and looking back on a relationship whose big strength was its playful sense of humor. “I want to play/I want the playback” is about missing that childishness, and wishing you could put those memories in their head as they go. The actual Teddy Ruxpin toys were these animatronic bears that would take a cassette of a story and “read” to kids with a moving mouth and eyes, and as I was finishing the song I decided that the toy could be hidden somewhere, telling the stories from the good times but in a sort of Poe-ish, “Tell-Tale Heart” kind of way that was both endearing and maddening. Like love itself, I guess.

Can you talk about some of your music influences?

JH: It varies from song to song, but growing up I eventually realized that almost all of the music I really loved was from the UK. Stuff like Queen, Simple Minds, Duran Duran, Radiohead, Blur, The Verve, etc. My mom got me into The Beatles, Pink Floyd, Yes and Peter Gabriel and it grew from there. Artists that balanced musical prowess and lyrical intent, and while often being dead serious, still made incredibly catchy stuff in their best moments. However, I should point out that I’m a massive Oasis and Def Leppard fan (how could you not be?) and those bands basically just used lyrics as a melody delivery system. Music doesn’t have to be heady to make you feel something, and sometimes the best way to get out of a funk is to blast something that specifically doesn’t make you think, it just puts a smile on your face. The world’s too rough and life is too short for the phrase “guilty pleasure”.

JH: If you’re doing it because you love it, and understand that it’s not easy to turn creativity into fortune, there’s so much reward to be found. Frankly, music is awesome. Hone your skills, learn from your predecessors. Accept and ask for help and advice. Learn the difference between accepting criticism and giving power to miserable people who just hate on things. Don’t listen to the haters. And be careful around drugs, they’re likely to show up.

JH: That’s a tough call, since it’s really about audience reaction and, because of the pandemic, I’ve only had a few chances to perform these songs live at all. I did have the chance to play “Sing to Sleep” at a small show on an acoustic guitar and that was amazing – no one had ever heard it, and the audience was singing it back to me by the end of the second chorus. If something like that happens at a show, my answer to this question will always be “that one”.

JH: Speaking of actual songs rather than composing for film, I think the best, most resonant songs start with an idea for a chorus or a really solid couple lines and a melody, then you flesh out from there. Now that I have my own home studio to work in, though, layering and switching instruments are constants. If I’ve taken something as far as I can on guitar, I’ll jump on keys or bass and see where my hands go, layer and layer until the song feels full. Then I strip away the non-essential, move bits around until I have the arrangement nice and rich, but (usually) not too busy. I also like to have something new or different happening every few bars. Keep it interesting, keep it changing. Like you’re serving the listener a five-course meal, not a half-sandwich.

The last bit is almost always finishing the lyrics. I feel like I’ve written some good songs, but the impostor syndrome is real when it comes to lyric writing and that can take ages. A couple songs on this debut solo album were literally started years ago and didn’t feel right until the last few words fell into place. Now that I’m doing this on my own instead of writing with a band to encourage me, my freedom is total but the self-criticism has no limit. It takes time. Except when it doesn’t, and you finish a song in an hour.

JH: Two things: One, and most importantly, do it because you love it. Because you have to, because you feel it in your bones and it’s what makes you want to get up in the morning. Without that real love for what you’re doing, the material will suffer and it’ll either wind up half-assed or feeling like a job, and if that’s the case you might as well just play in a cover band, right? And two, have a backup plan, because unless you’ve got serious money and connections, it’s a nebulous grind with no clear path and it can take forever to make a mark and move forward. I think those two things tie nicely together, even if I struggled with the latter. In the end, if you really, truly love making music, it’s something that’ll never leave you.