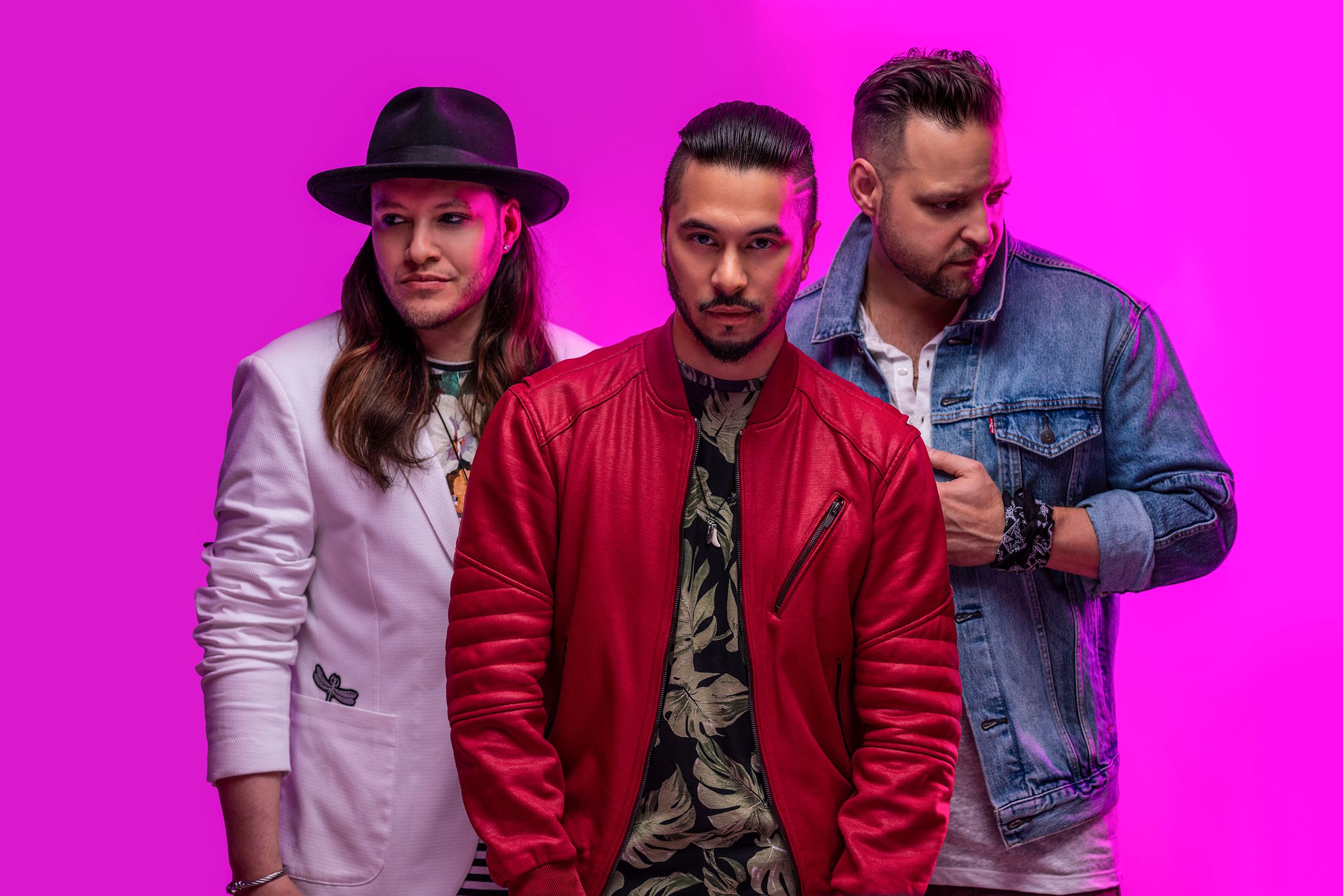 Image credit: Peter Roessler
We had the chance to chat with lead vocalist/lyricist Pat Via and guitarist Mitch Mitchell of the band January Jane. They discuss their new music, their upcoming EP, Your Drug, and touch on how the band members met. Check out what they had to say below.

How excited are you to release your new EP?

Mitch: How excited can one person get before spontaneously combusting? Super excited!

How did the band start?

Pat: Mitch and I met at an art gallery exhibition that a mutual friend was having. I was there actually filming a documentary for the artist and Mitch was attending the opening and we were introduced and decided to hang out a couple days later and write a song. That song took 10 minutes to write and when stuff like that happens you kind of just know that there is a good working chemistry there so we kept writing and recording and playing shows. We met Peter [Scialla] a little later on through another friend that heard us play (that first song we had written coincidentally) one night after going out to the bars and clubs, and he told us to, “Bring a guitar down the street, I have someone you should meet.” So Mitch grabbed his guitar and we went to Peter’s apartment in the meat packing district and ended up staying all night playing and talking music – and here we are now!

When people listen to January Jane, what are you hoping they get out of it?

Pat: We hope coming out of the pandemic, that our music will help keep the party (that’s just getting started again) going! Hope to see you soon playing live!

Who is January Jane as a band?

Pat: We’re like stages of a rocket. When you put them all together, we’re ready to take it to space. Honestly, we’re a testament to how fate can bring people together to make music.

Who are some of your influences music wise?

Mitch: We have so many influences in common it’s crazy. Everything from the Beatles and Stones, to Depeche Mode and New Order, to Michael Jackson, and Prince, to Duran Duran, INXS, Van Halen, Metallica, Soundgarden, NIN along with contemporary artists like The Killers, Muse, Daft Punk, The Knocks, Disclosure  – the list goes on and on.

What are some trends you have noticed in music lately?

Pat: Live streams have become a great medium to get music out to people, this is going to be huge when live shows open up. Get that VR headset out!

Listen to “Versions Of You” here.
Connect with January Jane: Instagram|Facebook|Twitter