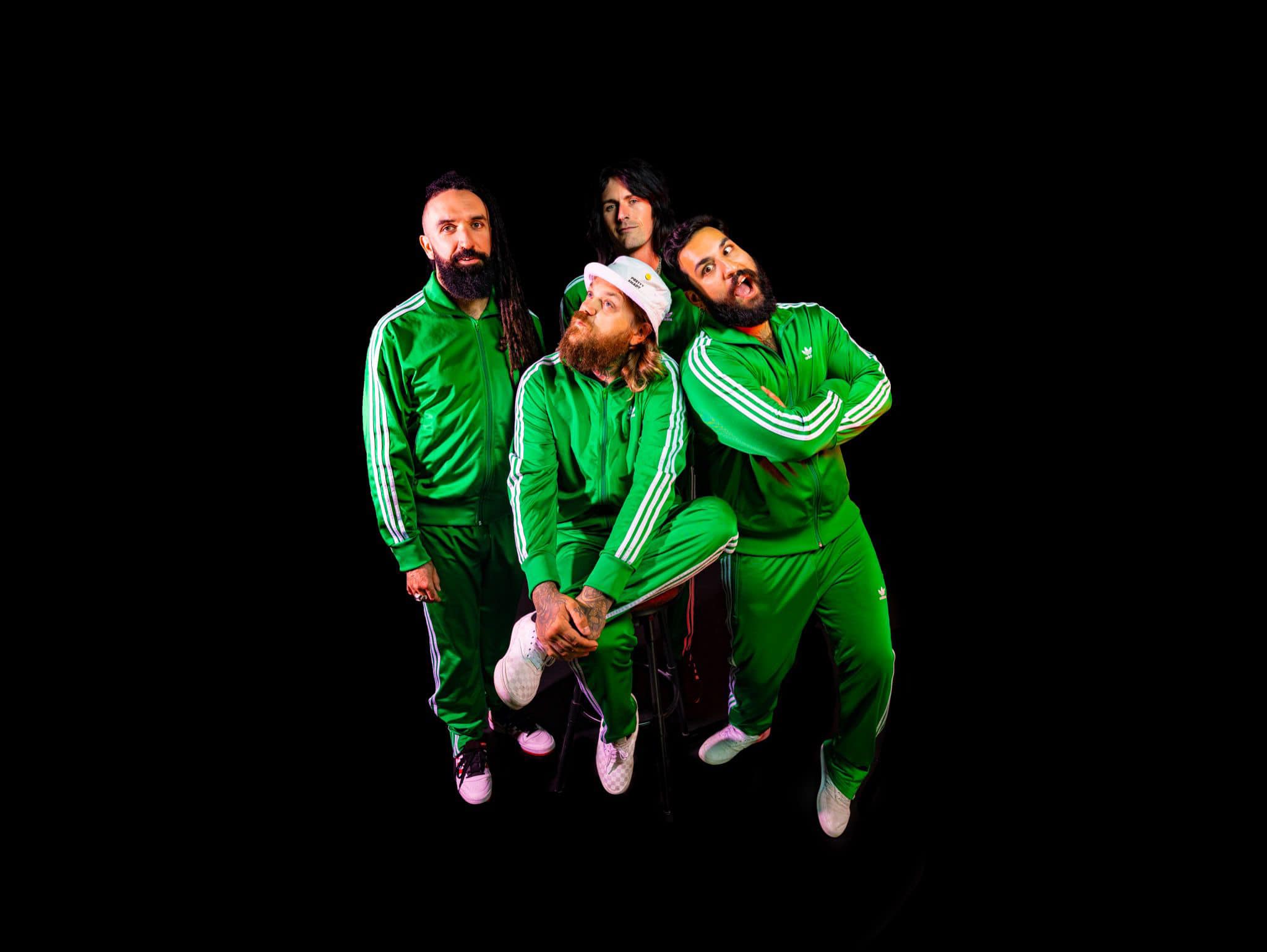 We recently spoke with bassist of the Australian party-punk band FANGZ Jameel Majam about their new single and music video “Falling Is Pretty Normal,” which tributes one of the greatest bands of all time.

The music video for “Falling Is Pretty Normal” pays homage to the blink-182 classic “What’s My Age Again“. FANGZ will also be donating the proceeds from the YouTube royalties and a percentage of t-shirt sales to the Cancer Council Australia – a small tribute to everybody’s favorite bassist Mark Hoppus.

Check out our conversation below!

Jameel Majam (JM): Very. To have the EP out as a whole and for people to hear the track listing as it was intended is always exciting. Another five songs about how we drink too much and have too many emotions, just what everyone wanted!

JM: The new single is probably my favourite FANGZ song to date. It’s a good cross section of what makes us a band. Big riffs with sweet melodies, played very loud by some Australian guys and their Canadian friend. ‘Falling is Pretty Normal’ was probably the least “produced” track; from the moment it was written we knew it needed to stay as close to the original demo as possible.

JM: I hope people take away a feeling of belonging. That’s what I always found therapeutic about listening to bands growing up. Not fitting in or just feeling alone I’d turn on my favourite record and get to play make believe. Be it pretending I was on the sunset strip listening to hair metal or sticking it to my bullies listening to The Used. Both made me comfortable, slightly bad ass and like I was a part of something.

How would you describe the sound of FANGZ?

JM: On the surface the sound of FANGZ is described in one word – Party.  If you listen a little longer it sounds like the soundtrack to many college coming-of-age movies or teen romance comedies. If you listen really close, you’ll hear energetic punk – rock with lyrics that are very open about our true emotions. So don’t listen too closely and go watch American Pie or Road Trip.

Jameel, what is your favourite thing about playing bass?

JM: It has four strings and is less work than guitar. Other than that, I love the way no one notices the bass player until the bass is not there. It’s the thing that makes us hear the changes and accents. I’m a big fan of bass players that know their function in the band and hold down the rhythm and provide melody and feel where there’s space to do so. I guess what I’m saying is you’ll never catch me playing a bass solo.

JM: Growing up, from my dad’s collection, it would be The Doors, Black Sabbath, Deep Purple and Credence Clearwater Revival. In my teens my older brother joined a band (Hell City Glamours) and to this day I’d probably say he is my biggest musical influence. Besides being a ridiculous guitarist and producer, he has great taste in music. Since the age of 13 he’d buy me CD’s or let me raid his collection. Everything from Motorhead to Refused or AC/DC to The Bronx and even some soul and pop for good measure. I have a fairly well-rounded taste in music thanks to him.

JM: It always was but growing up it never seemed realistic. I played drums for years, but I never practiced and therefore I wasn’t very good. I think growing up in a musical house helped but the real kicker was when I was old enough to go out to bars and see that it was possible. All the friends I made seemed to either be in a band or starting a new one – “Dude, we’re starting a new band it’s going to take over the world. You should come play drums! Send me a text Monday and we’ll jam.” I’m still waiting for that guy to reply.

JM: Be kind to anyone and everyone especially your mates in the band. Never be scared to say “I was wrong” or “sorry” to anyone you work with. Fail fast and move on. You can’t dwell on the losses. Always celebrate the wins however small and insignificant they may seem.

What is your favourite song to perform live?

JM: ‘Self Medicate’ which is the opening track off the latest EP. I don’t have a reason but if you go listen to it, I think you’ll understand.