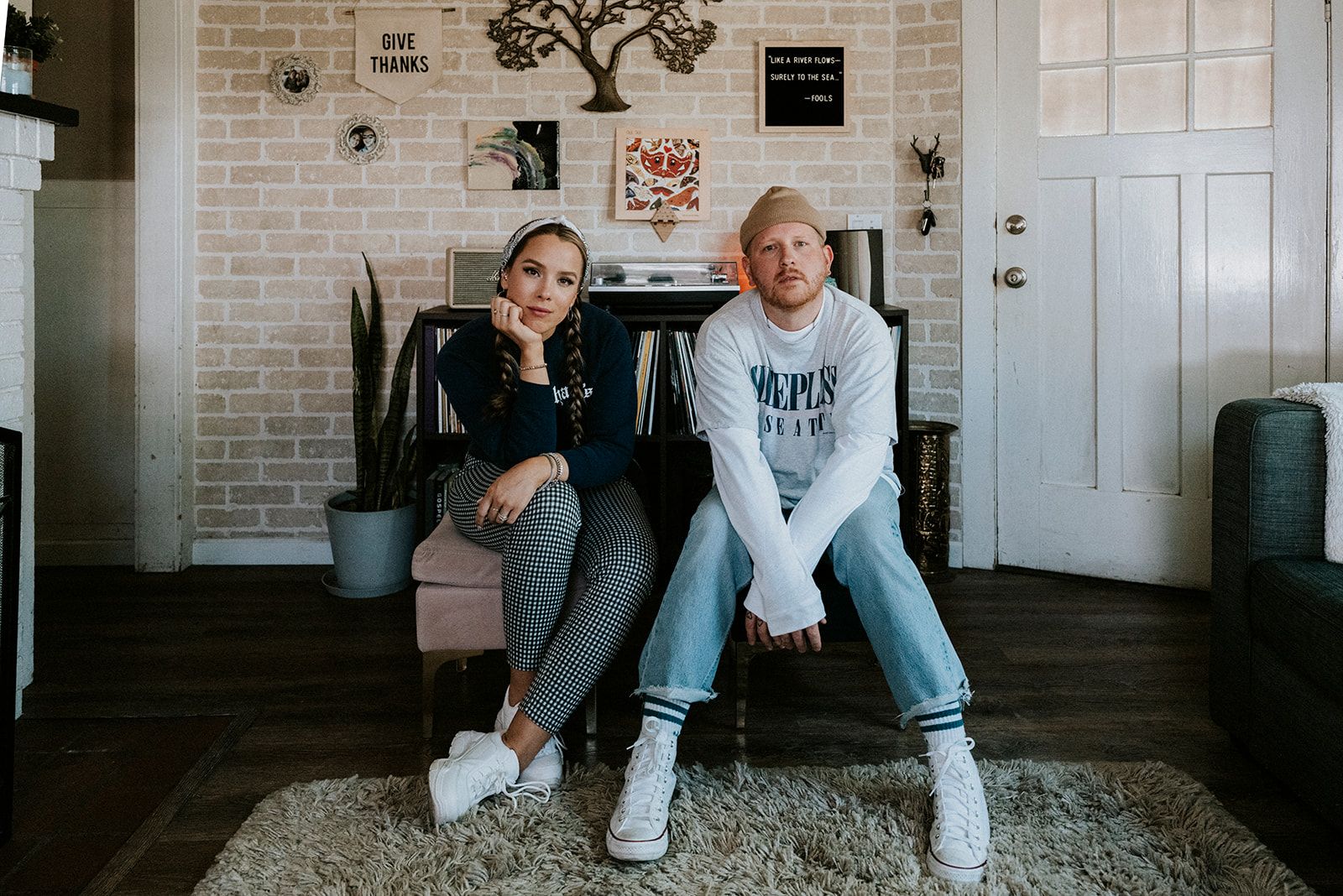 We had the chance to chat with Jake from alt-pop duo Mirours (Jake and Hillary Owen) about their upcoming album Gilded Paradise out on November 5th, 2021, and newest single “Parallax.”

We talk about the duo’s new music, their sound, and musical influences. Check it out below!

What can you tell us about your upcoming album, Gilded Paradise?

JO: We wrote this album when we needed some very real and honest clarity during our processing over this past year. Clarity in faith and doubt. Clarity in heartache and human nature. Clarity in what love has the power to do. Clarity in what we have the power to do. “Gilded Paradise” is an invitation and open glimpse into our world of wonder and self-discovery, beauty, equality, purpose, inclusivity, freedom, love, and we can’t wait for the world to hear it.

JO: There is so much that has changed for us since our first release in 2019 and this album really captures the heart of many of those changes. So, it’s safe to say that our excitement is fairly next level.

When people listen to Mirours, what are you hoping they get out of it?

JO: “Your music and lyrics are putting words and sounds to so many things I wrestle with and struggle with in my heart.” Just yesterday, we received this message and in all honesty, it’s that exact reason why we exist as a band and why we wrote this album. We’ve seen music change the world with it’s messages. To play any part in impacting that change, uniting people in love and action, or being a voice to those who need it is all that we could truly hope for.

JO: Yes and no. Hilary began singing pretty early in life and thought for a long time that musical theatre was going to be where she’d end up. I (Jake) began singing as a late teen and was almost entirely by accident given the opportunity to make my first record. Neither of those things led to much, but the sparks were there nonetheless and in a few short years, Mirours began.