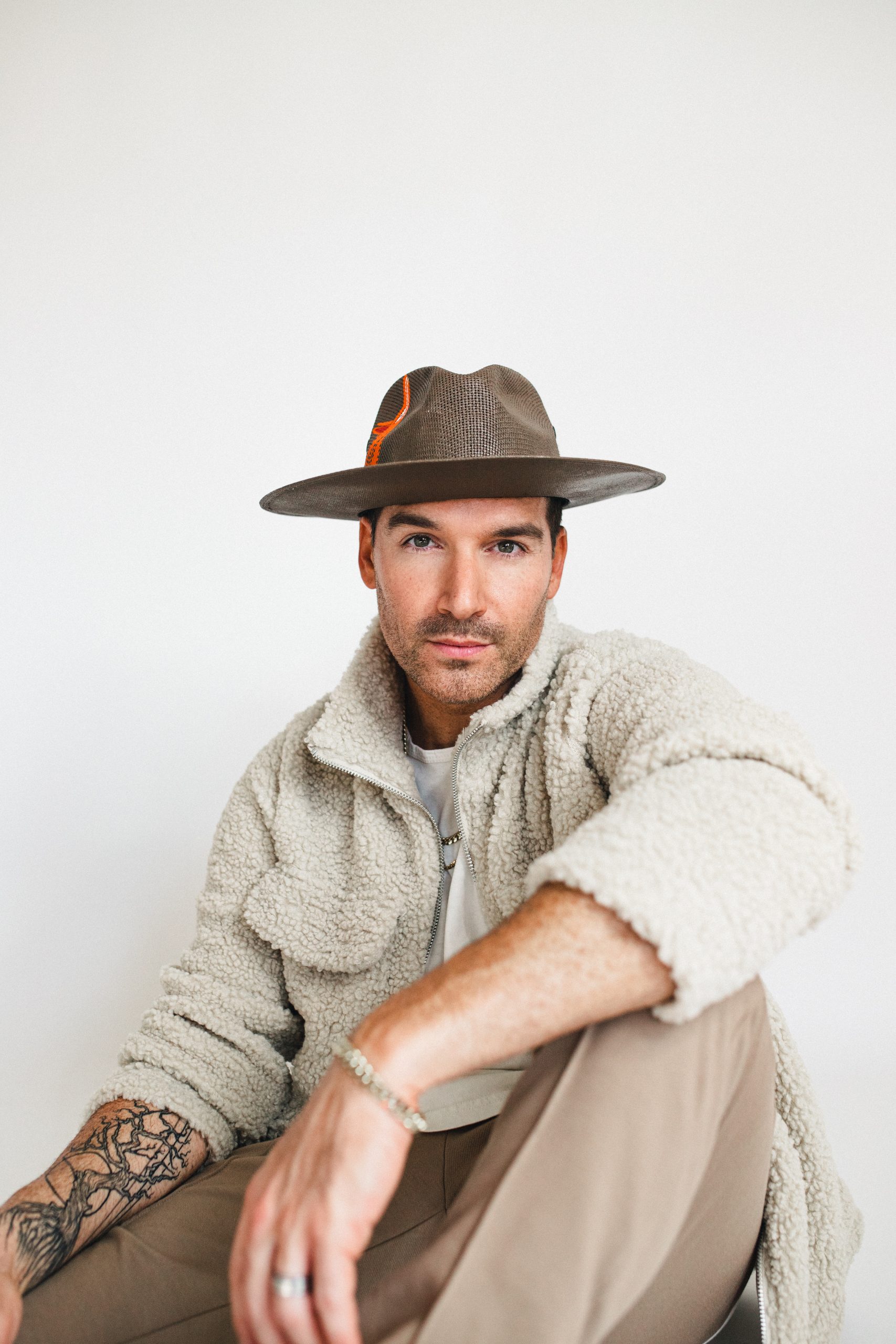 Image Credit: Chase Hanssen
We spoke with pop singer-songwriter Greg Scott, who was the episode 8 winner of NBC’s Songland in season 2, about releasing his new LP, Paradise, on April 29, 2022. In 2020, his song “Miracle” was chosen for pop recording artist Bebe Rexha and was to be used as the official theme song for the 2021 Tokyo Olympics Games. Since his time on Songland, Greg continues to write music with producers like Ryan Tedder of OneRepublic, Lucas Banker (Sting, Selena Gomez, Mike Posner, Diplo) and Rob Kleiner (Andra Day, Cee Lo Green, Sia, The Weeknd).

We asked Greg about releasing his new album, what he hopes listeners get from listening to it, and his time on Songland. Check out our conversation below.

How excited are you to release this new album?

Greg Scott (GS): I’ve been ready! Haha! I can’t wait for people to hear all these good feelings.

When people listen to Paradise, what are you hoping they get out of it?

GS: I wanted to make a record that made people feel uplifted. I timed the album to come out as the sun and warmth did. I want people to play this music outside and LOUD! Also, try playing it while you workout. It’ll get you hyped!

GS: I grew up on a lot of soul and pop. I also have a lot of energy and you hear that all in the music. I listened to groups like Jodeci and Boyz II Men growing up. In my early 20s I went on tour with K-CI & JoJo of Jodeci. That was a wild experience!

What can you tell us about your time on Songland?

GS: Well, I knew it was the opportunity of a lifetime, and I had the chance to show the world what I had been crafting back when I was tugging on my dad’s shirt on stage as a toddler. Did I know my song was going to be the theme song for the Tokyo Olympic games? Um, no… I didn’t expect that! Life changing. I was invited to Ryan’s [Tedder] Hollywood studio to work on the second version of my song “Miracle.” I thought I was just going to your typical everyday studio but the gates opened up and I was overtaken by the foyer looking straight out through the house to a dreamy zen like Buddah overlooking a serene crystal white pool.

The water separated two of the four studios in the house. If that wasn’t enough, I went to use the bathroom and sitting on the toilet was a Grammy Ryan won for Adele’s 21 album. Winning a Grammy is my ultimate goal and has been a dream of mine my whole life. After washing my hands, you know I had to pick that bad boy up. I looked in the mirror and had a Wayne’s World moment. “It will be mine. Oh yes. it will be mine.” Haha! Tedder was so quick and confident in the studio and that really resonated with me. What I took from it all is to just go for it and let your intuition step in and trust your abilities.

GS: Yes. My dad is a singer and he put me in his band as soon as I could talk pretty much. He saw the joy it gave me. As a baby I would crawl around his drummer’s drum set during rehearsals in our garage! I can still remember those moments.

GS: Keep pressing and learn not to take things too seriously. The thing I’m tested on constantly is resiliency. It’s the people that keep at it the longest win in the end. It’s not a race, it’s a marathon. Have your hands in EVERYTHING.

You can’t just be a singer; you can but you’ll be too limited. I have friends in the business that just sing and just perform which is great, but what happens when there’s no live shows? We are going through this right now, and if I only depended on that, my wife, kids and I would be living out of our car! I was very lucky to have people in my ear at a young age telling me, “learn how to record yourself, learn how to write, how to play an instrument, how to produce.”

GS: I would have to say “Miracle.” The first time I sang it live was on national TV and I think that same energy lives in me everytime I sing it.

GS: It’s different in every session, but I like to pull from real experiences, whether they’re my own or the person I’m writing with. I’m big on collaborating. I really enjoy the first hour of the writing session where we just catch up, talk about life and what we’re both going through. That truly is what inspires the music. I like starting with just piano, just guitar and maybe a stripped down drum loop to set a mood. It’s all about lyrics and melody. Everything else should support that.

Listen to the single “Paradise” off Greg’s upcoming LP here.