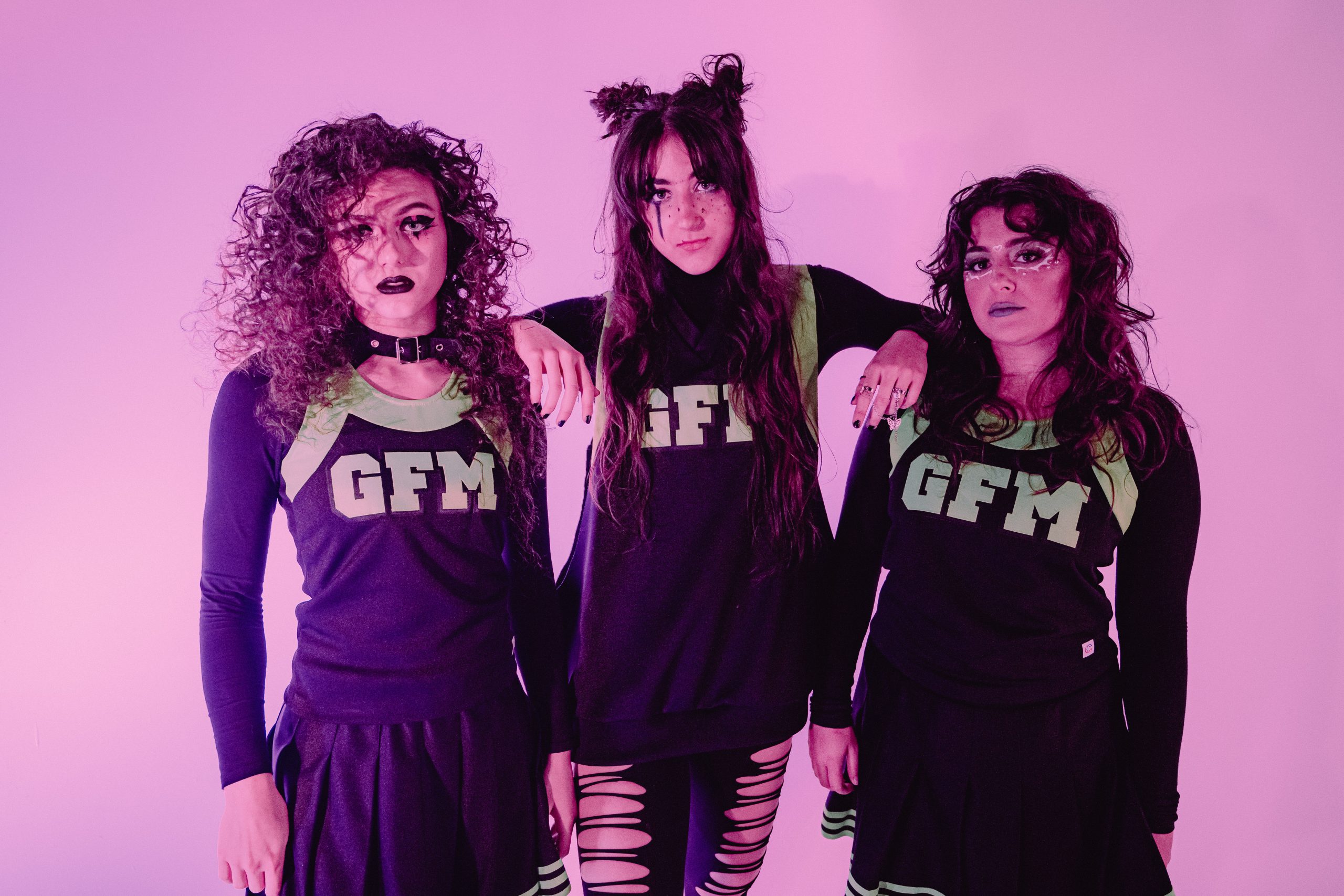 We had the chance to chat with new rock/metal band Gold, Frankincense, and Myrrh (GFM) about their upcoming EP, touring and much more. After being discovered by Pro Wrestler and Fozzy frontman Chris Jericho, the teenage girl group is currently on a nationwide tour with Fozzy.

Following the success of their EP, “Operation Take Over” last year, they are the most metal group of sisters you’ll ever meet, creating their own genre that they coined “Beautycore.” They’ve recently released a new single and music video for “Framing My Perception” (below) and have a brand new EP due out May 27. We asked the group all about their music, the genre of metal and the Fozzy tour. Check out our conversation below.

We are so excited for everyone to hear our new music! This is like our little baby, and we can’t wait for the world to meet it.

What were some goals in mind when creating new music?

We always want our music to be personal and raw. We want to tell people our stories and show that there is a way to overcome them. When it comes to the instrumental side of things, we always want the music to match with the message behind the song.

Why do you think metal is so appealing in your opinion?

It is so appealing to us because it is such an outlet. We’re able to express our entire range of emotions, whether that’s anger, happiness, sadness, or anything else. We can be aggressive and have fun at the same time. It’s so high energy, and after performing, writing a song, or listening to a song, you feel better because you’ve channeled those restless emotions into music.

We hope that our music is a safe space for our listeners. We want them to feel better after listening to it and to feel uplifted. We want to be that positive outlet, so they can release any emotions they’re holding onto. We also hope that our music helps them feel like they have someone in their corner and that they are not alone.

We call ourselves beautycore. Someone recently told us we were the metal Spice Girls haha. Our music kinda sounds like if Avril Lavigne or Hayley Williams was the lead singer of Slipknot. It’s very in your face, but it’s still a lot of fun!

Lacey Sturm/Flyleaf is the main reason we have screaming in our music actually. Someone said we reminded them of Flyleaf, and when we looked the band up, we knew we had to put screaming in our music. Skillet also influenced us a lot growing up, and bands like Bring Me the Horizon and Asking Alexandria helped us find our heavy side.

When it comes to stage presence, we really find inspiration from bands like Butcher Babies and Fever 333 because of how crazy they are!

We started playing music and in the band with each other when we were really little, and our first real show was during one of our spring breaks. The second we got off stage, we told our parents that we wanted to do music for the rest of our lives. They were confused because we were 7, 11, and 12, but we told them that we were 100% sure!

How did the Fozzy tour come to be?

The Fozzy tour is actually a crazy story. We played Rock Fest in 2021, and their stage manager saw us and reached out to us on our Facebook page. We told him to bring the whole Fozzy crew to see us because we were playing another festival together called Brat Days 2021. We didn’t know if anything would come of it, but when we took the stage at Brat Days, we turned and saw the entire band watching us side stage!

We had to rush to get everything off stage because it was raining like crazy, and we were running to the merch table because we wanted to see all the fans before they got soaking wet. In the middle of signing and taking pictures, our mom comes to the merch table and is telling us she needs us backstage. We didn’t want to go at first because we were talking to everyone in line, but she was insistent, so we went with her.

On the way there, she told us Chris Jericho wanted to meet us, and when we got backstage, he was there with his manager Avery. We talked about the show, and he said he really liked our band and wanted to do something together. We were excited, but at the same time, we had had several people tell us the same thing and nothing ever happened, so we weren’t holding our breath. We went back to the table and finished out the merch line and had to run and pack everything up. There was a tornado coming, and Fozzy actually got rained out because of the severe thunder and lightning.

While we were driving away trying to outrun the storm, we were checking Instagram when Chris and the whole Fozzy band started following us, and a few weeks later, we got a call from their booking agent asking if we wanted to go on tour with them. We of course said yes, and we actually joined TKO Booking as well!

We’ve had such a great time on this tour with Fozzy, and we’re heading to the west coast with them now. Make sure to check www.thegfmband.com for all the tour dates, and pre-save our new EP that’s coming out May 27th!

Check out their tour dates here