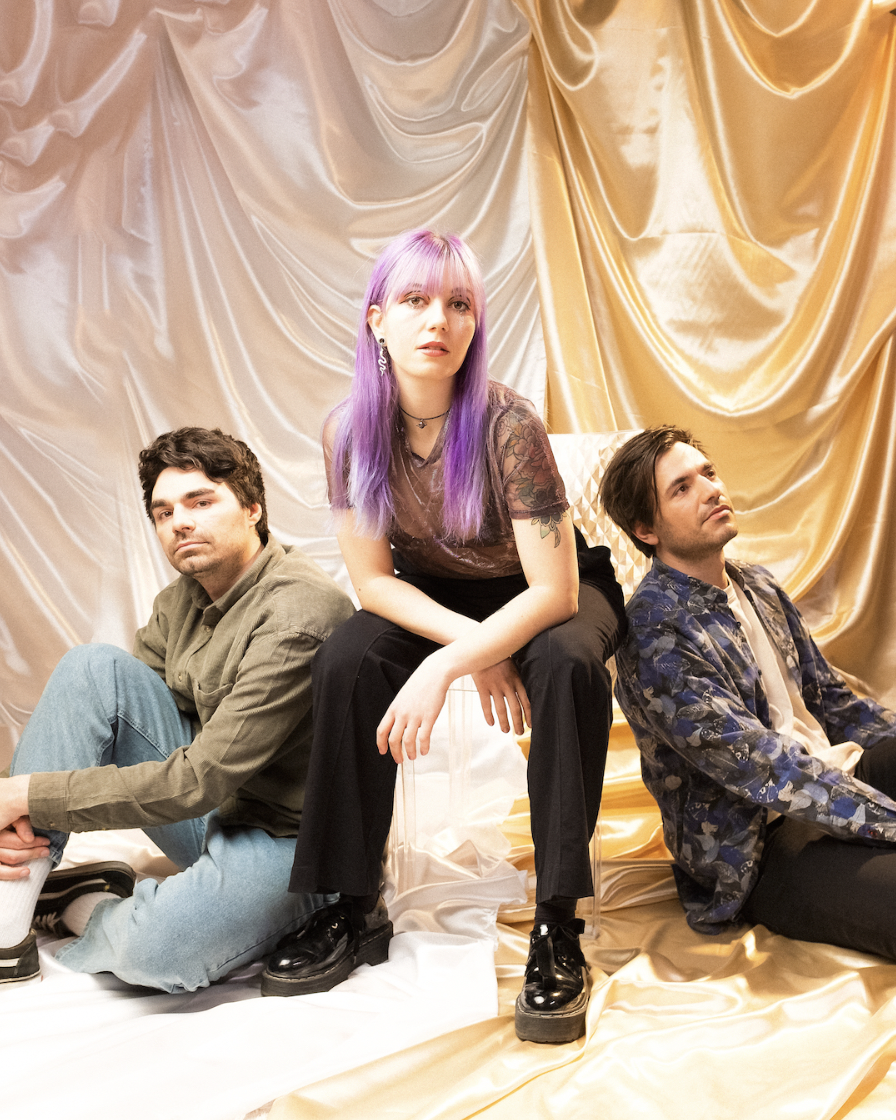 French pop/rock trio Oakman is back with a brand new single, “Night,” via Rude Records with whom they’ve recently signed with. They also released a music video for the single (below), and “Night” can be streamed on all major platforms. Written by lead singer Marine, the lyrics reflect on the fleeting moments of life that we tend to take for granted, and reminds us to live in these moments and enjoy them.

We sopke with the trio about releasing new music, some of their musical influences and their creative process. Check out our conversation below.

It’s a big relief! It’s a new breath for us mostly after these two last years, which were mentally really difficult. Sharing new music is so exciting and it’s the accomplishment of what you’ve done before so it’s amazing when you can finally share your work with the world.

All the sincerity with which we did it. We hope that they can feel that and also that they can be touched by our music, that it can help. Also that our music makes them want to come and see us in concert and share this feeling and that energy with us.

Now, we would say an 80’s nostalgia vibe with a punchy sound especially on the drums and bass. Some poppy melodies with vocals but still with a more energetic/rock intention!

What is your favorite song(s) to perform live?

We love playing our song “Clear Enough” at shows! This song always gets a good reception from the audience! Seeing the crowd jumping on the riff and chorus and shouting with us “I think it’s clear enough” is always an intense moment for us! But there are some of the new songs that we’ve never performed live yet that we are pretty sure it’s going to be our new favorite ones.

We don’t really have a creative process that we reproduce every time. We’re pretty spontaneous, especially Marine who can’t stick to one thing. It comes naturally. It can start from an idea of a melody without any real lyrics or from a guitar riff by Marine or Geremia or from a drum rhythm that can inspire a whole song for Marine.

Then when we have the structure, we work directly on Logic where we can spend time testing everything without having the pressure of hours of recording studio counted. We can put ourselves in the atmosphere we want, like Marine who loves to put a lot of lights color and subdued light to compose. The composition environment is one of the most important elements. But sometimes we can compose a song just in rehearsal, depending on the inspiration at the right time.

Believe in your dreams, no matter what obstacles, barriers, failures, people who try to put you back into reality. By working, persevering and being patient, the things you believe in will come true. Never look back, always look forward.