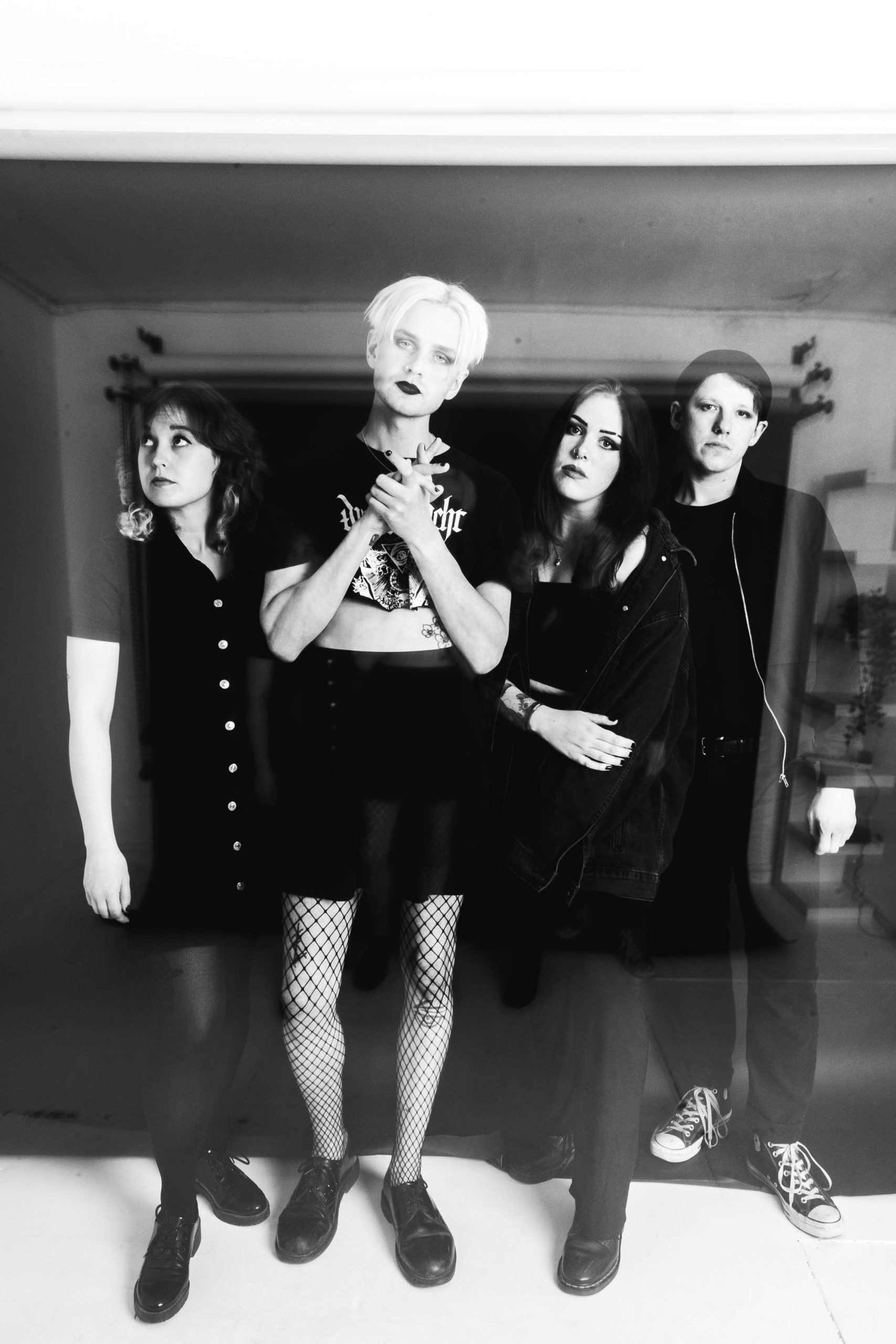 London four-piece punk rock band Delaire The Liar recently launched their EP, Eat Your Own, via Rude Records. The EP is now available on all streaming platforms, and along with the new EP is a music video for their single “NO ACCIDENT.” The band consists of Ffin Colley (Vocals), Em Lodge (Bass), Chaz Tomlinson (Drums) and Hannah Watts (Guitar). We got to chat with band member Em Lodge about the band’s new music, some of their music influences, their creative process and lots more. Check out our conversation below.

How excited are you about your EP, Eat Your Own?

Em Lodge (EL): It’s a daunting feeling releasing music that exposes your vulnerability, but the response we have been met with has been absolutely incredible.

Who would you say are some of the band’s musical influences?

EL: One thing in particular I’ve always loved about being a part of this band is that we all have varying influences on both what we listen to on a daily basis and our playing styles. Personally, whenever I’ve seen an artist perform with an insane level of energy and commitment to the art they are putting out to the audience, it influences me to put even more enthusiasm and vitality into my next performance. Someone that always comes to mind is Cedric from At The Drive-In – he can really move about a stage like there’s no tomorrow.

EL: The only time I’ve ever truly felt like I am worthy and genuinely accepted within a community is playing shows. Even though there are times where it is exhausting and mentally challenging, the feeling of performing music that you have worked incredibly hard on is incomparable to any other emotion. Living in this world often feels like there is no where to belong, or that there are few places left to provide safety and comfort, but being in a venue surrounded by love and appreciation for creativity and vulnerability is unparalleled.

What is your favourite Delaire The Liar song to perform?

EL: The last song on EAT YOUR OWN, “DOG,” is probably my personal favourite. It acts as an incredible cathartic release of rage and frustration, targeted towards those abusing their position of power. As a woman in the music industry, it’s fairly common to come across a man who will doubt your abilities or knowledge in your field simply because of your gender, so playing this song whilst feeling fully in my element is a pretty good feeling, like a metaphorical middle finger up to those who continue to act in a dangerously close-minded manner.

Can you describe the creative process when you’re writing new music?

EL: Writing and creating EAT YOUR OWN was its own unique experience. Being separated by the lockdown, we would bounce ideas back and forth almost like using Google Drive as a rehearsal room. As restrictions were continually lifted or tightened, we would occasionally gather at Chaz’s flat to record some vocals or lead guitar lines; but every part of EAT YOUR OWN (excluding the drums) was recorded in our own homes, in true lockdown style.

EL: It is never worth writing music with the intention of only wanting fame, and what is ultimately a false sense of acceptance from big corporations. Music that is written and performed from a place of vulnerability will always be more gratifying for not only you but those listening and watching.

EL: The list of musicians we would love to work with is probably extremely lengthy, but if there was any way we could work with Gerard Way, that would be pretty cool.

Connect with Delaire The Liar: Facebook|Twitter|Instagram

Listen to Eat Your Own here