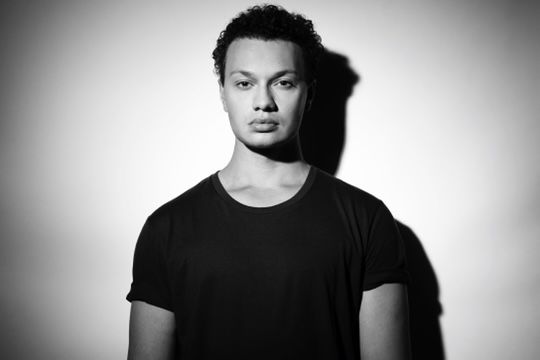 We recently chatted with Australian musician Aaron Beri who just dropped his single titled “Run Away,” out now on all streaming platforms. Aaron discusses his new track, his sound, influences, and lots more. Check it out below!

AB: “Run Away” was born out of my experiences withthe Australian music industry. It’s silky, smooth, kind of sexy, and heavily R&B-influenced. The record executives and A&R representatives in Australia heard the single prior to its release and described it as ‘alternative’—their main criticism was that they ‘didn’t get it’. The frustration I felt led me to Canada and the US where I released the song (I guess you could say I ‘ran away’ – ha!). Now, the same executives and A&R reps are hitting me up to tell me how great the song is. Nothing changed—not the mix, not the vocals, not the melody,just their perception of me. It’s wild. The song gets to explore what I would describe as a ‘deeper’, bass-like layer that exists in my voice that I don’t use often but that I’d like to explore more.

AB: I just want my fans to come out of my songs feeling empowered. I want them to turn on that same song in 30 years’ time and for it to still feel fresh. I want them to have an emotional adventure—that’s one of the beauties of music.

AB: There are a lot of people I’m loving right now. I always go back to three of my all-time favourite artists when I need a little refresh. Tamar Braxton, Dolly Parton and anything by the legend that is Babyface!

AB: It was always bubbling underneath, it just took a while for me to be in the right position for it to come alive. The world can be distracting, so I’m grateful I’m on the right path now.

AB: Never imitate the sound of other artists, stay away from doing cover songs (unless you make it your own) and, most importantly, when someone says something negative, let it affect you for just a single second. Then, take that feeling and recycle it into your art. Take on the mentality of, “watch me do this” and prove them wrong.