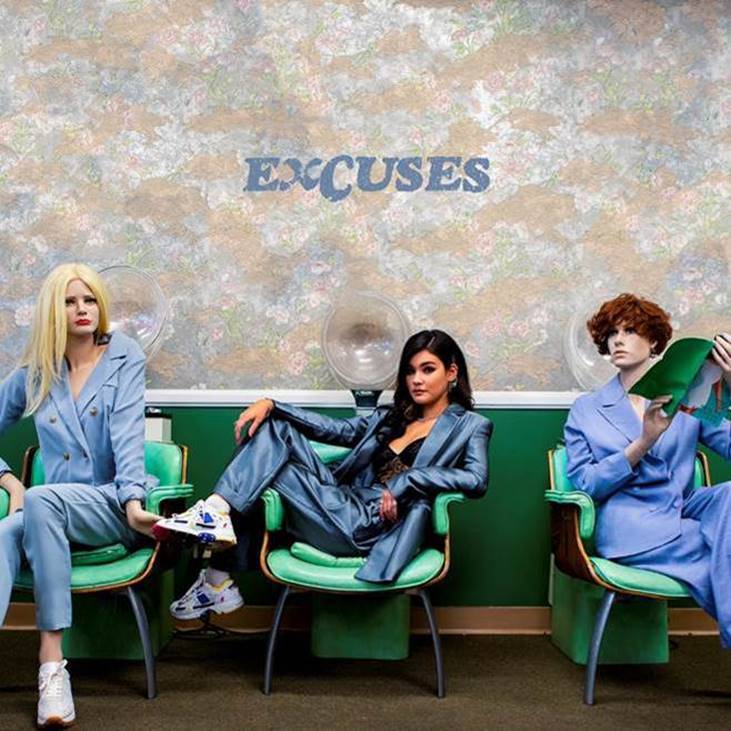 Audrey Mika has a new single and music video for her track “Excuses”, out now via RCA records. Audrey Mika is a writter on the track along with Nick Lee, Mason Sacks, Alexandra Veltri, and Amisha Sarkar. Sacks and Lee were also producers of the track. Mika is known for her success on YouTube as well as her current success on other platforms including Tik Tok.

Mika reveals that the sentiment behind the song is about being scared to open up to new people, so you lie and invent excuses, even though truthfully, you really want to see them. Eventually, you gain confidence and overcome your fear and open up. There is a very deep and motivating backstory about the feel and origin of the new single.

This is of course the first major release of 2021 for Mika, but she is fresh off her many other releases in 2020 including her critically acclaimed collaboration “Safe With Me” with producer Gryffin. That track has over 6 million streams worldwide, and Mika is excited to keep the momentum going in 2021 with “Excuses”. “Just Friends” was also a song that garnered a lot of positive reception including Billboard praising her “top-notch vocals,” and Idolator calling it a “perfectly-crafted pop song,

You can listen to “Excuses” on Spotify & Apple Music: https://smarturl.it/xExcuses

Popternative showcases tons of upcoming and trailblaizing artists for our listeners. You can view our latest interviews with Tyler Shaw, Ryan Shepherd and Uptown Boyband on our YouTube channel. Be sure to subscribe, like, and comment to keep up-to-date with our latest interviews from the worlds of Music, Pop Culture, Lifestyle and Sports.