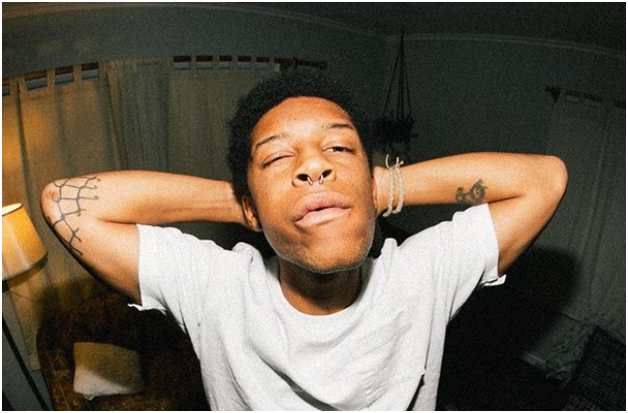 Image credit: kennyhoopla/@Instagram
Pop-punk artist KennyHoopla just released his latest 8-song project titled SURVIVORS GUILT. Each song features the legendary Travis Barker on the drums. Here at Popternative, we want to share our thoughts on some of the songs from the project that stood out to us.

“estella//”
The moment the song opens with powerful chords, you can tell this is a hit. It’s a classic pop-punk love story told in a fast tempo tune. The drum fills are very noticeable and the way Travis Barker hits the toms is so sonically pleasing for the ears.

“hollywood sucks//”
The lyrics of the song poke fun at the glamourous lifestyle that is often associated with people’s perception of Hollywood. It’s nice to hear an acoustic guitar during the bridges which also contrasts nicely with the chorus when all the other instruments come back in.

“inside of heaven’s mouth, there is a sweet tooth//”
This song doesn’t sound much like the other songs on the rest of the album. It has a slightly darker tone. During the chorus, KennyHoopla demonstrates his belting voice which borderline sounds like screamo. It takes a tremendous amount of skill to belt like that while not straining the voice. The song also has nice moments where Travis Barker is really working the double kick drum.

Final Thoughts
SURVIVORS GUILT is a solid project from start to finish. If you are a fan of pop-punk, this album is a must listen. The Ohio-native has definitely shown that he is one of the emerging rock artists to keep an eye on in the future. It’s also great to see Travis Barker continuing to collaborate with the new generation of rock artists.