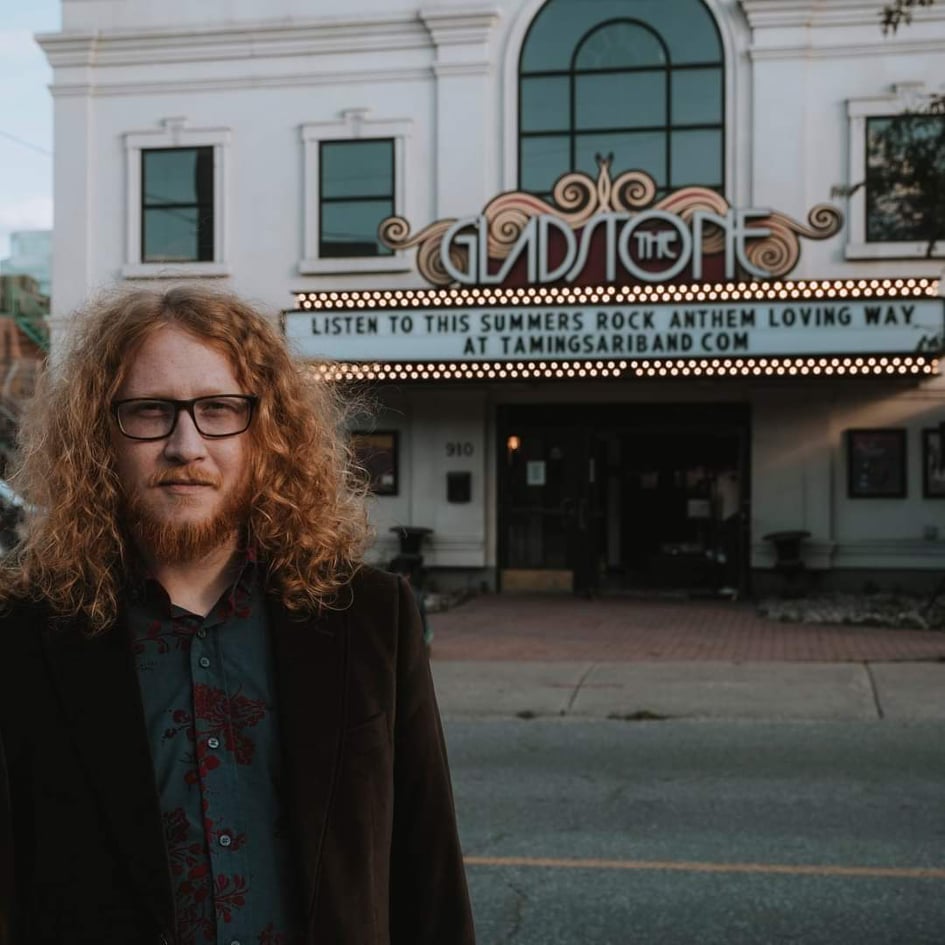 Lead vocalist of Canadian rock band Taming Sari shared with us his top 5 songs for the single dude at Christmas. Warren Meredith breaks down his selections for us and offers interesting insight into each one. You will definitely want to add these tunes to your next Christmas playlists.

This is a masterpiece by Canadian icon Joni Mitchell. It’s definitely about a painful break-up, but it’s speculated that it could either be about Graham Nash of Crosby Stills Nash and Young, or possibly about the song writing legend himself James Taylor. Mitchell has no issue flawelessly combining parts of “Jingle Bells” into the song, making that perfect nostalgic call-back as is also done by one of my other mentions below (Dan Fogelberg does it with his song and “Auld Lang Syne”.) ‘I made my baby cry‘ will be stuck in your head all night in the most painful of ways if you listen and singalong with the right kind of eggnog.

This song is based on a true story and is written by an absolute songwriting master. This song is a New Years song more than a Christmas song because of how Fogelberg is able to so flawlessly blend his heartwrenching real-life experience of encountering his first love in a grocery store many years down the road with Robert Burns’ legendary “Auld Lang Syne”. If you’re a single dude at Christmas, this one is definitely gonna make you bawl your eye’s out.

David Bowie suppposedly only agreed to do this because his mother loved Bing Crosby, but good thing for Bowie, everybody in the world also adores Bing as the voice of Christmas. The scripted pre-song chit chat kind of hurts the head, but once they get singing, it’s something special. Bing Crosby would pass away one month later, making this performance even more special. I feel different kinds of loneliness from this song. I definitely get the single man at Christmas vibes.

Brenda was 13 when she recorded this smash hit that has often been covered but never bested. Imagery of Macaulay Culkin being left behind
and dancing along during a pretend party comes to mind when listening. Johnny Marks wrote this Christmas hit as well as “Rudolph the Red-Nosed Reindeer.” “Rockin’ Around The Christmas Tree” turns 66 this year and the line ‘you will get a sentimental feeling when you hear‘, never fails to draw out that sentimental nostalgic feeling of better times gone by.

Written by Billy Hayes and Jay W. Johnson in 1948, this song would soar with various artists and genres. The King knows all about heartbreak and the loneliness of single times at Christmas. This song is unbeatable in its directness to the topic at hand: being a lonely single man during the holidays – hahaha. It was a huge country hit first, and recorded multiple times for multiple genres for about ten years before Elvis got his hands on it. It was then that he turned it into THE absolute go-to Rock n’ Roll Christmas heartbreak tune.

Listen to Taming Sari on Spotify