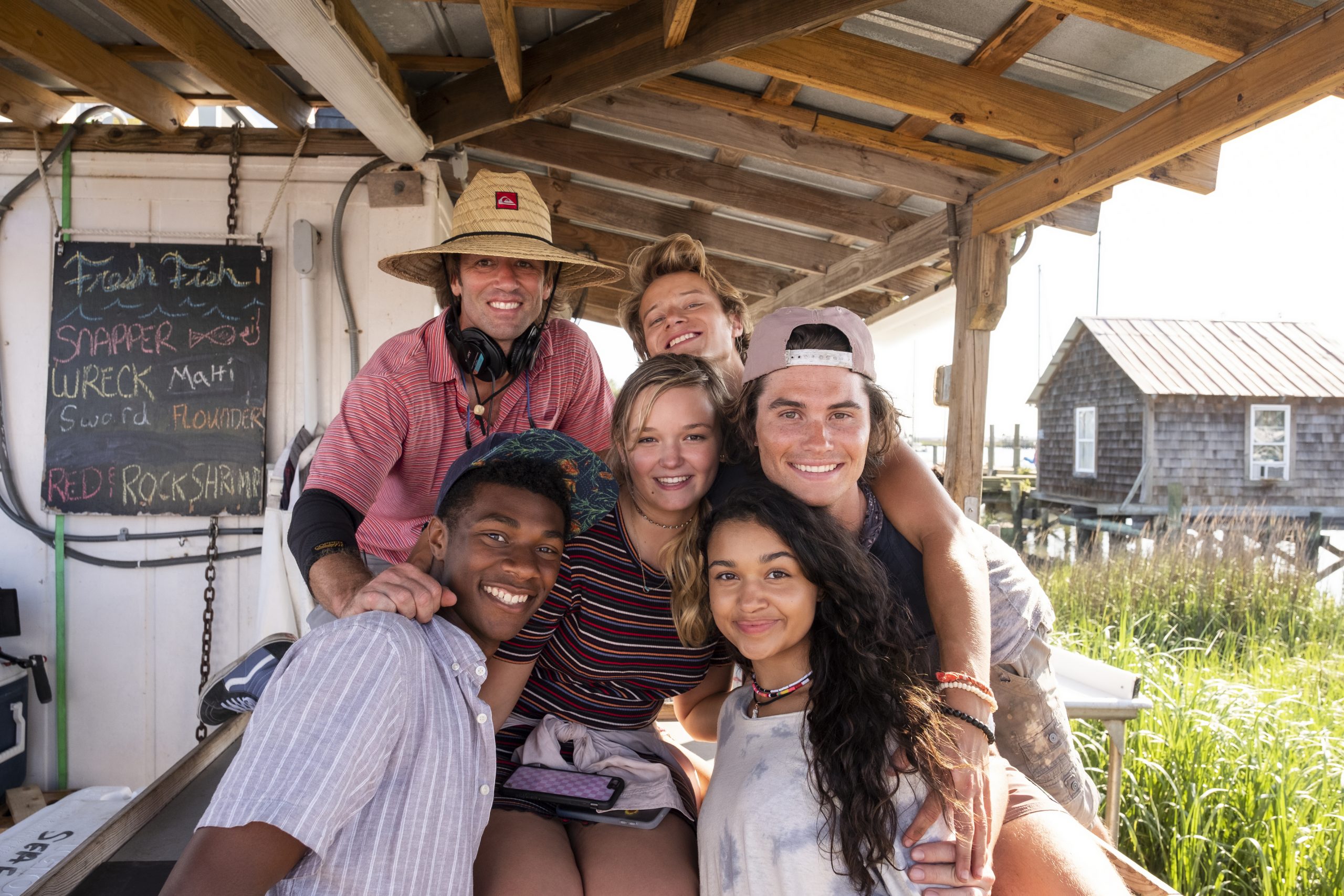 We recently published an article on other series featuring Outer Banks cast members, and we thought we’d also share some music videos featuing the cast. Some of these occured pre-Outer Banks, and some afterwards. Check these out and let us know what you think!

Way before Outer Banks was even a thing, Rudy Pankow was featured in the 2018 music video for Muse’s “Thought Contagion.” He told Wonderland in an interview last year how he landed the gig: “A good friend of mine worked for the director of the Muse music video previously and he needed a dude that looked like a Steve from Stranger Things and well… I had the hair down. So I met with the director and he wanted me to show off some dance moves so busted out what I could do and boom. I got it.”

After season one of Outer Banks become a hit during the summer of 2020, Madelyn and Chase starred together in Kygo’s music for his remix of Donna Summer’s “Hot Stuff” which was released in September 2020 after being filmed in July.

This may be known to some, but Austin North is also a talented drummer. He has a popular YouTube channel where he uploads drum covers, and collaborations like this 2015 song and music video “I Think I Need You But I Don’t” which he wrote with his sister Lauren North, and Grant Woell.

From 2012-2018, Charles Esten starred in the tv drama series Nashville which followed the lives of various country music stars. Charles played musician Deacon Claybourne and was featured in the official music video for the song “Sancturary” with cast members and musical duo Lennon & Maisy.

This might not fully count as a music video, but Rudy Pankow and Drew Starkey star in the short film VIRGO along with Elaine Siemek which was released in July 2020. While there’s lots of dialogue, music is a key part of it and features Drew on the drums and Rudy on guitar. It’s not really clear what this, is but we are here for it.