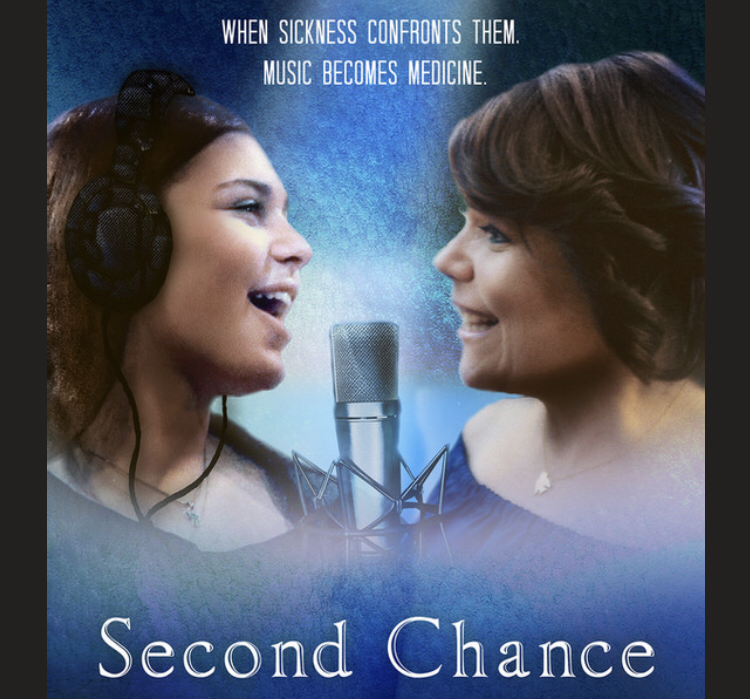 Tara Notrica has been battling a rare hematological/immunological disease called Mast Cell Disease for many years, and there is no cure. In July 2015, she received an autologous stem cell transplant and in June 2018 an allogeneic bone marrow transplant from an unrelated, anonymous donor. Matthew White, from 4th Coast Productions of Rochester, NY filmed Tara’s journey for a documentary called Second Chance. The film is intended to raise awareness about rare diseases, educate others about bone marrow transplants and encourage people to become bone marrow donors. The documenatry also highlights the importance of music as it is told using original songs co-written and recorded by her daughter Samantha.

The documentary will be screening in person and virtually at the Long Island International Film Expo on August 11, 2021 at 11:30AM at the Bellmore Movies Movie Theater. Tickets can be purchased here.

We got to speak with Tara and Samantha about the film and their experiences. Here’s what they had to say.

What was it like to be featured in a documentary together as mother and daughter?

Tara: I knew I wanted to share my story in some capacity. I just wasn’t sure how. I kept a journal for a couple of years that is on file with the US Copyright Office. The documentary wasn’t something that we planned and just kind of happened. I was referred to Matthew White, Producer, through a friend of a friend. We immediately connected, and I think he fell in love with the story. It was an absolute incredible experience to watch my daughter, Samantha, share all of these very raw and real emotions in such a mature way, especially as she recorded her 9 original songs that she put her heart and soul into. Her songs were co-written and recorded when she was 13/14 years old. The feature song, “Second Chance” is an award winning song in a few film festivals that she sings with the utmost power and composure at a very young age. It was also so heartwarming to be a part of the film with all of the other wonderful cast and crew members.

Samantha: Being featured in a documentary with my Mom was an amazing and empowering experience. I had the opportunity to explore my creativity and bond with people I love over a shared interest. It was a very powerful time that was very inspirational and hopeful after experiencing so many hardships. It will always be a part of my life, and I’m hopeful to impact other people’s lives as well.

Tara, what was it like to relive your journey with Mast Cell Disease on camera for the documentary?

Tara: At the time of filming, which began in May, 2018, I was already battling Mast Cell Disease for many years. This rare hematological/immunological disease caused me to have anaphylactic episodes from multiple triggers. Unfortunately, it was something that I became very familiar with and was part of my daily life. Matthew (Producer) Brian (Co-Producer), Parker (Director of Photography) and I  spoke in detail about the many medications/treatments/therapies that I tried and all of the hospitals/doctors I consulted with before being properly diagnosed. Filming made me think about how truly complex and resilient the human body is and especially how blessed I am to be here to share my story. Together, we overcame so many hurdles, obstacles and the unimaginable.

Music plays an important role in the healing process in the documentary. Is music still an important part of your lives now?

Tara: As a bone marrow transplant patient, I spent a tremendous amount of time in isolation in the hospital. I had extensive hospitalizations from June 2018-June 2019, as I developed very serious complications after my transplant including graft vs. host disease, a reactivation of Epstein-Barr Virus, hemolytic anemia and pneumonia. Music was always a very big part of the process. During my hospital admissions, I would constantly listen to music and collaborate to continue writing song lyrics for the film soundtrack featuring 9 original songs. Samantha co-wrote and recorded an additional 2 songs, was a co-writer on a song released in June 2021 (“What You Needed” – The FifthGuys, Coffeeshop & Robbie Rosen), and she has a tentative upcoming project to record a song. I always believed that music helped to save my life and is still an integral part of our lives.

Samantha: Music has been an integral part of my life since my early childhood. From pre-school through high school, I have been involved in theatre, performed in school bands as a saxophonist, sang in multiple choruses/choirs, participated in NYSSMA and had the opportunity and privilege to collaborate with other artists/music producers to co-write and record original songs. Music will always continue to be a part of my life.

What is the one thing you want viewers to take away after watching Second Chance?

Tara: The selfless act of a complete stranger and anonymous donor gave me a “Second Chance” at life. I’m hopeful that others can see the unconditional love exuded in the documentary and consider becoming a bone marrow donor. I have teamed up with DKMS.org to help grow the donor registry. You can access the page here.

For more information on the donor registery, click here.
You can also visit BeTheMatch.org to join the registry and become a donor.