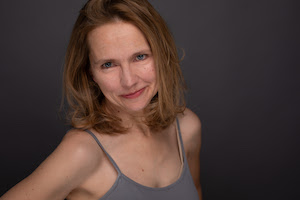 We had the chance to speak with author Jen Furlong about her debut novel Hidden City. Hidden City is part one of The Unimaginables Series, aimed at a young adult audience.
Image courtesy of Jen Furlong

Jen discusses her journey into writing and how Hidden City came to be.

When did you first decide that writing and storytelling was something
you wanted to do?

JF: The initial decision was made for me. When I was five years old, my mother reports that I had memorized almost every storybook I owned. The other kids in the neighborhoodwould knock on the door and demand that I come outside to tell them stories. So I did. Fast forward to the summer I was 10. I went to day camp across the street from where my mother worked. I chose drama class as my activity so I wouldn’t have to play sports. The play was about a boy who turned into a werewolf. My kind of play! When the kid playing the lead got sick two days before the show, the teacher thought she would have to step in and play his role. I told her that I knew all his lines, which was true. Remember the memorizing-all-the-stories part from my mom’s answer? The teacher did not know all his lines and was going to have to carry a script. So she let me have a go at it in rehearsal that day and lo and behold, I was not lying. I knew every move he made because I’d beenwatching him learn it for two weeks. The next day, I played his part in the performance and made that decision you asked about. I got into the car with my mom after the show and said, “I know what I am going to do with the rest of my life.” She was like, that’s nice dear. Yet, in that moment, with that decision, I climbed onto the storytelling path and have been here ever since.

What is the best thing about writing stories in your opinion?

What can you tell us about Hidden City?

JF: I wrote the initial manuscript in 2004. A couple years earlier, I had written a live circus show with this sweet, English comic writer named Neil Gaiman and we were working to get it funded In L.A. Hollywood people were still like “Neil who?” and if they weren’t comic fans they were like “What’s Sandman?” Anyway, Neil introduced me to his agent and I asked her if she would read my novel. The mom of two daughters, and Jewish herself, she was intrigued by the plot – Jewish chess champion forced to move from NYC in the wake of 9/11 lands in Richmond, VA where she falls in with the vampire hunting crowd. The agent said the book was really enjoyable, but she did not have time to launch a career, especially an addictive YA series. I decided that reply meant my book had potential and I should keep going. Then, life, like the story, took over as my boss. I had three more kids and all that goes with that. 2019 rolled around and I decided it was time. I unearthed the Hidden City manuscript from a box in my basement, dusted it off and realized that what I had written was a novel that made me feel not so much like I was reading a book, but more like I was watching TV.

My son Clark [Furlong], whom you know, was shooting Lisey’s Story a year later so I asked the producers for advice. By then, Hidden City had been fully rewritten, edited, etc., and I was starting to seriously day dream about a future in television production. My first IP in hand, I needed to educate myself on best practices for novels that get made into TV. Should I query agents or to publish under my own imprint? Should I write an episode or just let the book stand alone? I asked a lot of questions. I learned a lot of things I did not know! My biggest take away was that I needed to become once again, the five-year-old with a reputation for telling the stories that made kids, now tv execs and agents, knock on my door and ask me to comeout and play. I can tell you that Hidden City’s characters were diverse way back in 2004 just because that’s how I see the world. Stacy, our heroine is Jewish. Her Richmond BFFs are a Black girl with the highest GPA in school, and her white, fencer boyfriend, Tully, who’s secret you’ll discover in the next book. It’s called Tattooed Angel and picks-up right where Hidden City leaves off.

What were some things with this story you were really hoping to include in Hidden City?

JF: My respect and love for teenagers, my pleasure in vicious villains, and the idea that no matter what is happening around you, you can handle it. It’s all mindset. Teenage women are not vapid phone addicts unless they choose that path and enslave themselves. I see teenagers as strong, intelligent, capable, resourceful, powerful humans who can change things and influence the world around them in a positive way. They can achieve their goals and then some. I hope Hidden City is a reminder of that. Or maybe a wake up call to it.

When people read Hidden City, what are you hoping they get out of it?

JF: “Make a plan. Stick to the plan. Be ready to change the plan. Keep your mind on the mate.” Stacy’s chess coach says that. I hope readers will feel empowered by the story, that they will observe themselves and their life experience more closely. I hope they will question their own beliefs about what is real, what is possible and what is true for them. I hope they willembrace pawn promotion. That’s a thing in this book. I also wouldn’t mind if it inspired some more girls to learn chess!

What advice do you have for up-and-coming storytellers?

JF: DO NOT STOP. If you have the urge to tell stories, somebody needs to hear them. It’s not your responsibility to judge your work as good or bad. Your job is to tell the truth as clearly as you can through your story’s lens and only release into the world the truest, clearest possible version you can tell. That includes respecting your readers. You wouldn’t feed someone a moldy strawberry, so don’t offer an unedited, improperly formatted manuscript with a lousy cover. Offer work you think is as flawless as you can make it. Takecriticism from people you respect and heed it. Spend money where necessary. Be diligent. Work hard. Take time away from your work before you make big decisions. Educate yourself about what you don’t know. Do not fear marketing. Redo the pages until you feel you can do no more. When it is time, let go. Know that somebody could hate it and tell you it’s terrible. Who cares. Somebody else could love it and be a fan for life. You are not in control of popular opinion. You are following the desire of the universe to continue expanding and creating itself though you. So have fun, enjoy the ride, and tell your story!

Buy Hidden City to read from Amazon, or listen to the audiobook via Apple Books or Audible