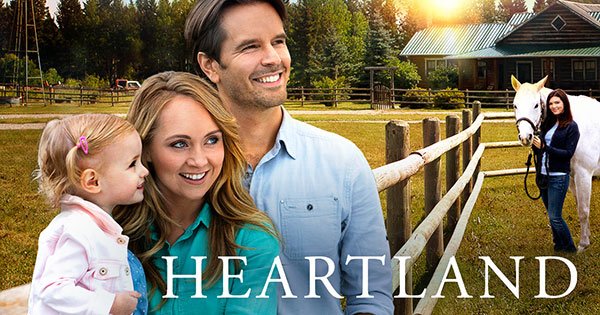 CBC’s long-running hit series Heartland.wrapped up its 15th season in December 2021 and fans are eagerly waiting for a potential season 16. There has yet to be an official renewal for a 16th season and there’s lots of speculation about the series. While you wait for a new season and news in general, here are 7 shows like Heartland you may also enjoy in the meantime. Some (or all) of these series might already have been on your radar, or you may have watched some already – but who says you have to watch a series just once?

Synopsis: “Set in Prince Edward Island in the late 1890s, the series centers on Anne Shirley (Amybeth McNulty), a young orphaned girl who, after an abusive childhood spent in orphanages and the homes of strangers, is mistakenly sent to live with an aging sister and brother. Over time, 13-year-old Anne will transform the lives of Marilla (Geraldine James) and Matthew Cuthbert (R.H. Thomson) and eventually the entire small town in which they live with her unique spirit, fierce intellect and brilliant imagination.”

Where to watch: Netflix, CBC Gem

Synopsis: “A young woman returns to her hometown to help save her sister’s failing inn, where she contends with memories and faces from her past.”

Synopsis: “Fifteen-year-old American Zoe spends the summer on an island off the coast of the United Kingdom, which was where her mother lived when she was young, visiting her British grandfather. There Zoe creates a special bond with a mysterious, wild, and beautiful horse. She also struggles with boys and horse thieves.”

Synopsis: “Five women run a cattle station, Drover’s Run, in the outback of South Australia. Hardship and respect for the land are key at Drovers Run, a vast cattle ranch in the Australian outback that once belonged to Jack McLeod. Now, with his passing, his two daughters are reunited to decide the ranch’s future.”

Synopsis: “Lifelong friends Maddie, Helen and Dana Sue lift each other up as they juggle relationships, family and careers in the small, Southern town of Serenity.”

Synopsis: “Searching for a fresh start, a nurse practitioner moves from LA to a remote northern California town and is surprised by what and who she finds.”

Number of seasons: 3 so far (seaosn 4 is confirmed)

Synopsis: “Elizabeth Thatcher, a young school teacher from a wealthy Eastern family, migrates from the big city to teach school in a small coal mining town in the west.”

Check out our interview with the star of Heartland herself, Amber Marshall, who plays Amy Fleming.