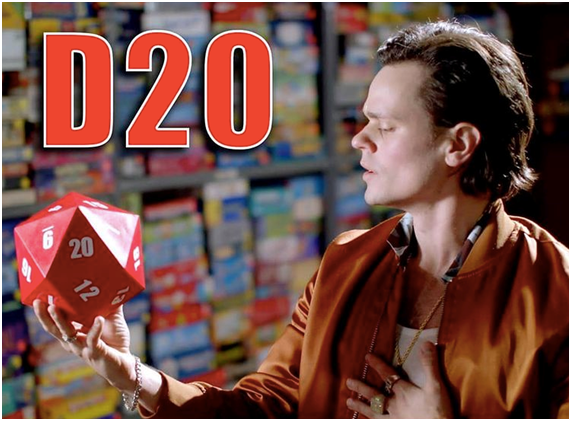 Since its inception, rap music has evolved in so many different ways and now it’s enjoyed by many different individuals. The genre is no longer limited to one specific subject. At its core, rap music is about using literary devices to convey a message. That is what Aaron Dalla Villa does in his new Dungeons & Dragons tribute.

In his latest video, Aaron collides two different worlds by bringing rap music and nerd culture together. It is no understatement that Dalla Villa’s targeted audience has been underrepresented in rap music in the past, so his newest song is a refreshing sight to see. The actor is fairly new to D&D because he didn’t discover his love for the game until he got his role as a game store owner in his new film Alpha Rift (2021).

The music video for the new D&D anthem was also well done. With the amazing camera work, game store backdrop and special effects, it certainly shows there was a lot of attention to production value that went into this. I’m not going to lie; it was pretty cool seeing him shoot fireballs out of his hands. He also showed his impressive dance moves throughout the video. When Gabby appeared dressed up in a medieval knight’s armor, that was my favourite parts. The main line during the chorus “this is how I roll” is a perfect double entendre for board game lovers.

You watch the full video below! Be sure to check out all of his music available on all streaming platforms now.