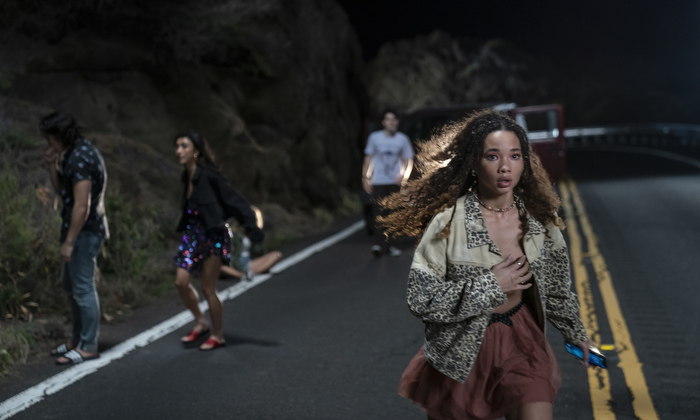 Amazon Prime Video’s TV series adaptation of the novel and film franchise I Know What You Did Last Summer will be dropping on October 15, 2021 – just in time for Halloween. Similar to the novel and films, the TV series follows a group of teenagers who cover up a fatal car accident and are attacked and stalked by a mysterious killer who knows their secret a year later. While the storyline is similar, the synopsis and concept differ and makes it for a thrilling watch. I Know What You Did Last Summer stars Madison Iseman, Brianne Tju, Ezekiel Goodman, Ashley Moore and Sebastian Amoruso. We had the opportunity to speak with each of them and the show’s writer, Sara Goodman, on the Popternative show.

In our chat with Ashley Moore and Ezekiel Goodman, they discuss each of their characer’s complexities and how viewers will be able to identify with them in some way.

When speaking with Brianne Tju and Sebastian Amoruso, they talk about how both fans of the original films and younger generations will enjoy the new series. They also touch on each of their characters and what went into bringing them to the screen.

We also had the pleasure of speaking with writer and executive producer of the series, Sara Goodman (Preacher, Gossip Girl). Sara discusses the pressure of signing onto the project since horror is such a huge genre, and I Know What You Did Last Summer is a cult classic slasher film franchise.

You can check out our interview with Madison Iseman here!