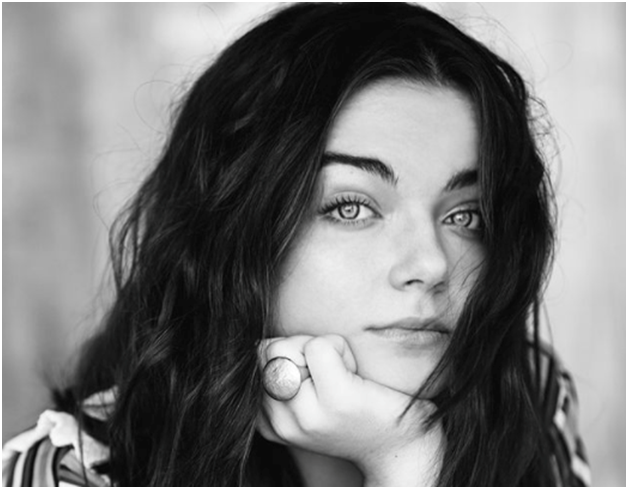 It’s unrealistic to expect the new flock of Ducks to be fans of the original Mighty Ducks movies, but Taegen Burns did do some studying in preparation for her role. “In the auditioning process, I watched the movies,” she explains in our recent interview. On the surface, Disney’s new series may only seem like it is about sports. But a large reason for its mass appeal has been its ability to make it relatable with the audience by including real-life issues, “it’s a lot more than just hockey,” Taegen described it.

Without trying to give away too much information, Taegen, who plays Maya on the show, discussed her character’s story, “in the series, you really see her find the group that she’s wanted and find the friends she’s needed.” When asked about what she would like viewers to take away from watching the show, Taegen hopes that there’s a valuable lesson to be learned, “people from all different cliques and groups can come together and create an awesome bond.”

Normally, Taegen relishes the opportunities to play more dramatic roles, so being a part of The Mighty Ducks: Game Changers was a change of scenery for her, “I’d love to branch out and explore all the different genres.” The chemistry seen on camera is real according to Taegen, “all of us are really good friends” and added “we found those things we have in common and bonded over them.” When she finally saw the show available on Disney+, it was a surreal moment for her, “I don’t know if I’ve completely wrapped my head around that.” Prior to filming, the new Ducks had to partake in two weeks of intensive training, “I learned how to skate and the basic skills of it, but I don’t know if I’m ready for full on games.”

Be sure to also check out our other exclusive The Mighty Ducks: Game Changers interviews below!