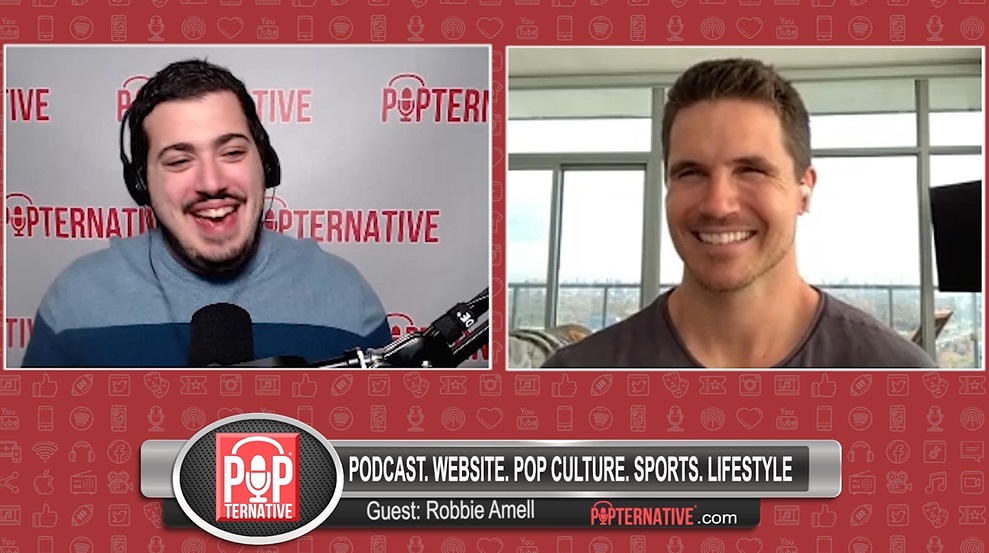 We had the pleasure of speaking with Canadian actor Robbie Amell on the Popternative show about starring in Resident Evil: Welcome to Raccoon City, which is scheduled to be theatrically released on November 24, 2021 from Sony Pictures. Set in 1998, this film serves as an origin story exploring the secrets of the mysterious Spencer Mansion and the Raccoon City. Amell plays Chris Redfield and stars alongside Kaya Scodelario (The Maze Runner), Hannah John-Kamen (Killjoys), and Neal McDonough (Arrow).

When discussing preparing for this role, Robbie explains that he felt prepared for it:

I felt pretty prepared; I grew up on the games; huge fan. One of my earliest childhood video game memories is playing Resident Evil in my basement […] It was kind of a dream come true, and then I met with Johannes [director] and you could tell he was a fan of the games and his adaptation of 1 and 2 into this movie, I just think it delivers on what fans of the games want to see. And I also think if you haven’t played the games, it’s just a cool, fun, 90s zombie movie with some pretty good scares.

We then dive into other projects Robbie has been part of including Upload, The Flash, and The Babysitter. Check out the full interview below!