Home / Entertainment / Video Interview: Renes Rivera talks about being a Flag Smasher in The Falcon and The Winter Soldier 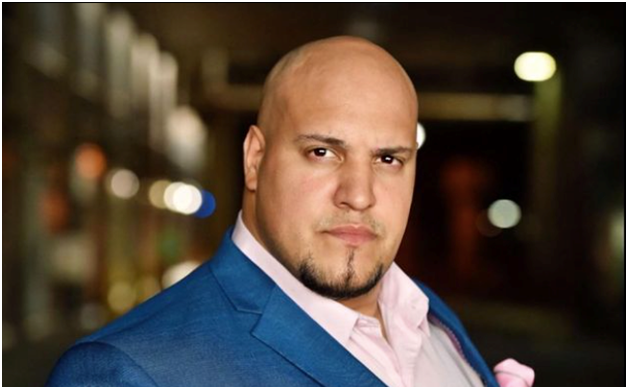 Image credit: renesrivera/@Instagram
Renes Rivera has an origin story not like most actors. He recalls his dream starting at a young age, “I wanted to be a Power Ranger so bad.” But once he realized they weren’t real, that’s when he discovered that being an actor was an actual profession. In his interview with Popternative, Renes refutes the common misconception that people become actors because they seek fame. He says that being an actor is an art form, “When you love something, you love it. There’s no specific reason and that’s what kind of happened.”

Throughout his journey, there were some obstacles along the way. As a student-athlete, he expressed his interest to major in theatre, but academic advisors insisted on him taking general liberal arts, “They scared me out of it, and I chickened out.” When football didn’t pan out for him, he returned his focus back to his passion and decided to pursue acting. Hearing him talk, his gift as a story-teller is quite noticeable. Now those academic advisors can tune in to Disney+ and see him on arguably the hottest show on television right now, The Falcon and The Winter Soldier.

Renes Rivera on The Falcon and The Winter Soldier

Being a part of the Marvel Universe is something that follows you for the rest of your life, but Renes chooses to embrace it, “I’m okay with that. I love the MCU. I love Marvel. I love comic books.” Sometimes landing a role in a huge Marvel project seems unimaginable Renes laughs, “I’m not going to lie to you, that was a part I didn’t think I was going to get.” Entering the Marvel Universe also comes with dedicated fans, and it didn’t take long for them to introduce themselves, “Some of them found me before I even announced I was on the show” Renes shared. One of the most notable things about antagonists in the Marvel Universe is that they aren’t one-dimensional villains, but instead, they’re characters with unique motives, and Renes knows he’s lucky to portray that on screen, “They look up to the flag smashers. They see the humanity in us.”

You can watch the full interview below! Be sure to also check out our interviews with Miki Ishikawa and Tyler Dean Flores who are also in The Falcon and The Winter Soldier.