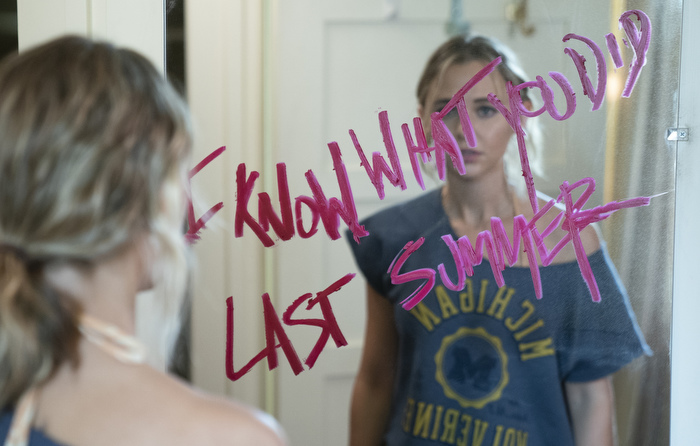 We spoke with actress Madison Iseman on the Popternative show who stars in Amazon Prime Video‘s upcoming teen hororr series I Know What You Did Last Summer premiering on October 15, 2021. Based on the 1973 novel of the same name, I Know What You Did Last Summer was also adapted into a horror film franchise, with the first film released in 1997. The upcoming TV series will be a modern version of both the novel and film franchise, and takes place in Oahu, Hawaii. In a small town, a group of teenagers are stalked by a mysterious killer a year after a fatal car accident on graduation night. As the group tries to figure out who the killer is and what their motive is, secrets begin to get uncovered.

Madison Iseman plays two characters – twin sisters Lennon and Alison. In our interview, Madison talks about how this was a new challenge for her acting wise, and how she prepared for it. She also discusses the genre of horror, and how the series will be appealing to both Gen Z viewers, and fans of the original films.